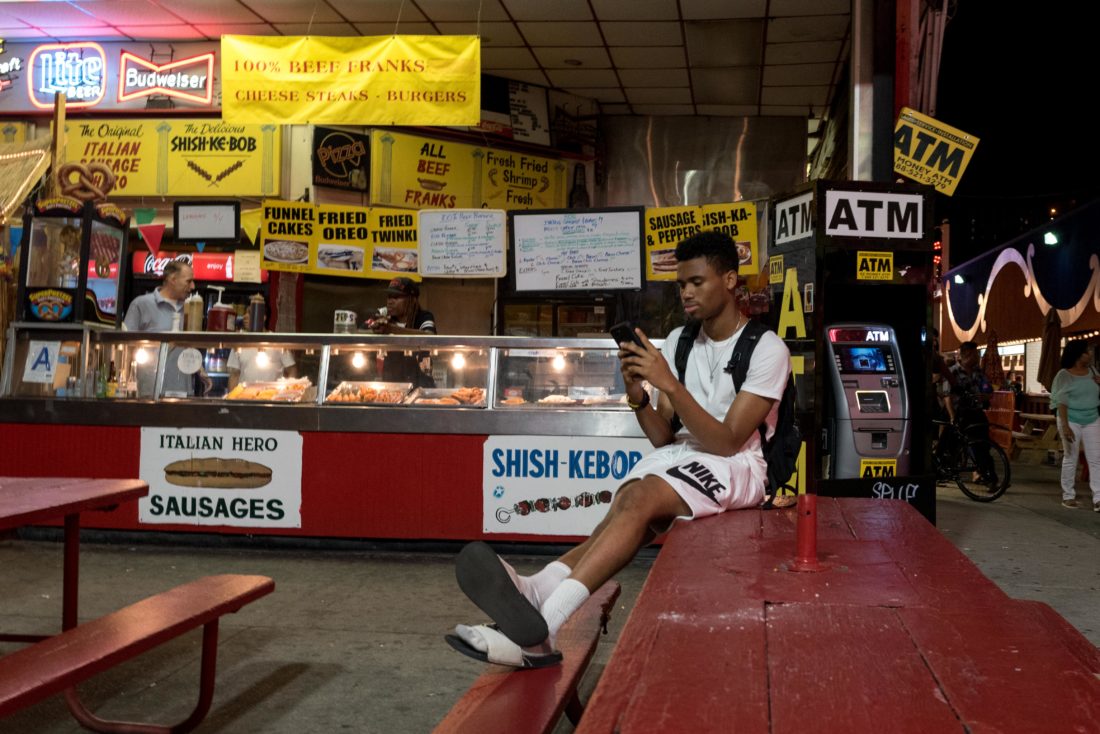 After ongoing construction along Park Slope’s Third Avenue, Twig Terrariums was forced to move to Ditmas Park. Luckily, they seem to be thriving in their new space, and the Times is touting the relaxation benefits of building terrariums at the new outpost.

A recent report blames a Brooklyn community of anti-vaxxers for a 2013 outbreak of measles. Curbing the outbreak cost the city hundreds of thousands of dollars—so who should have to pay?

Brooklyn-based authors reflect on the early days of “literary Brooklyn” and comment on the current state of the neighborhood—what’s changed, what hasn’t, and what they think!

A Brooklyn-based, African-American public school teacher became a Chinese internet star after a clip of her singing a Cantonese pop song a Chinese community event in Brooklyn went viral—and garnered lots of love!

The D/N/R meltdown Monday morning had Brooklynites up in arms—Twitter fingers flying, naturally—and some saw it as a clear referendum on how the MTA communicates with customers.

While the MTA can break the spirits of most, how about something interesting? Check out this list of impressive subway facts and figures.

Born on the 4th of July, Cesar Pazmino, an immigrant from Colombia, tends to the American flags on the Brooklyn Bridge—check out his amazing story here!

Five weeks have passed since 4-year old Luz Gonzalez was killed in a hit-and-run in Bushwick. The District Attorney still hasn’t charged the driver responsible for her death.

The Cliffs Climbing and Fitness company will run the Brooklyn Bridge Park bouldering wall, according to NYC Park, but the company has a bit of a checkered past, having tried to bribe Queens building inspectors.

Want some more true crime? Check out this bit of Bay Ridge history: The Abducted Teenage Bride of P.S. 104

“I saw kink in God,” a Hasidic man told a reporter about his experiences with BDSM—read the wild story about ultra-Orthodox religion, Brooklyn sex dungeons and the freeing power of the profane.

Check out City & State’s list of the 50 most powerful political leaders in Brooklyn. Do you agree?

Bushwick may have launched a hip new scooter share this week, but other residents accustomed to zipping through the city have ground to a halt, as the ban on electric bicycles impacts the delivery workers that keep NYC fed.

Tenants are furious after carrying buckets of water to their homes from a fire hydrant after the city left the Brevoort Houses in Bed-Stuy without water for days on end.

In a win for Sunset Park tenants, their lawsuit has forced two landlords to stop asking for proof of citizenship before signing leases with potential renters.

Remember when we gave you the heads up on the latest Stumptown coffee location headed for Boerum Hill? Well, it’s finally here—and it’s gorgeous.