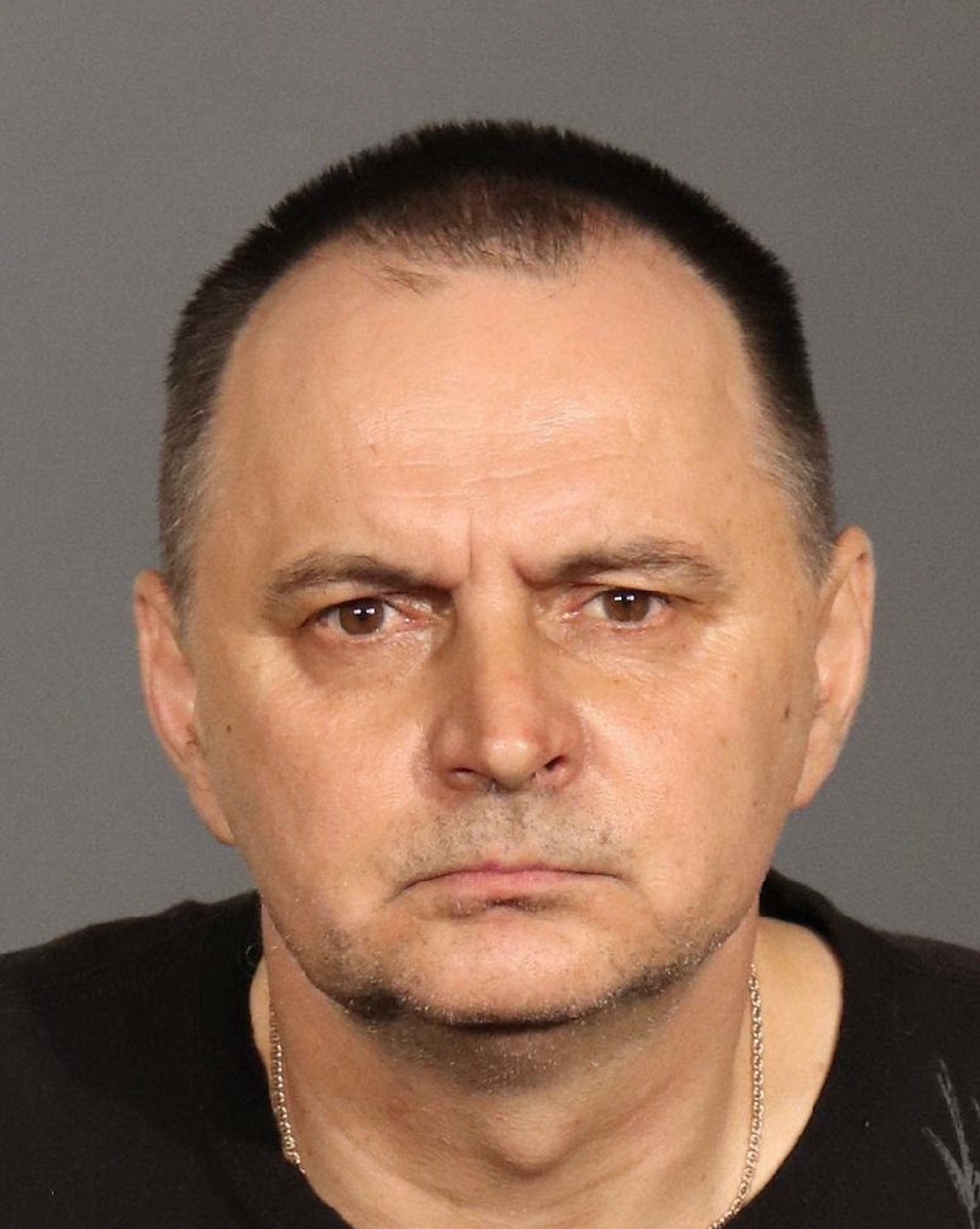 Aleh Sheipak via Brooklyn DA Office.SHEEPSHEAD BAY – In July of last year, a drunk Brooklyn man drove on the wrong side of the Belt Parkway. He killed one person and severely injured two. Yesterday, he pleaded guilty to two charges. On July 12, 2018, 51-year-old Aleh Sheipak was driving 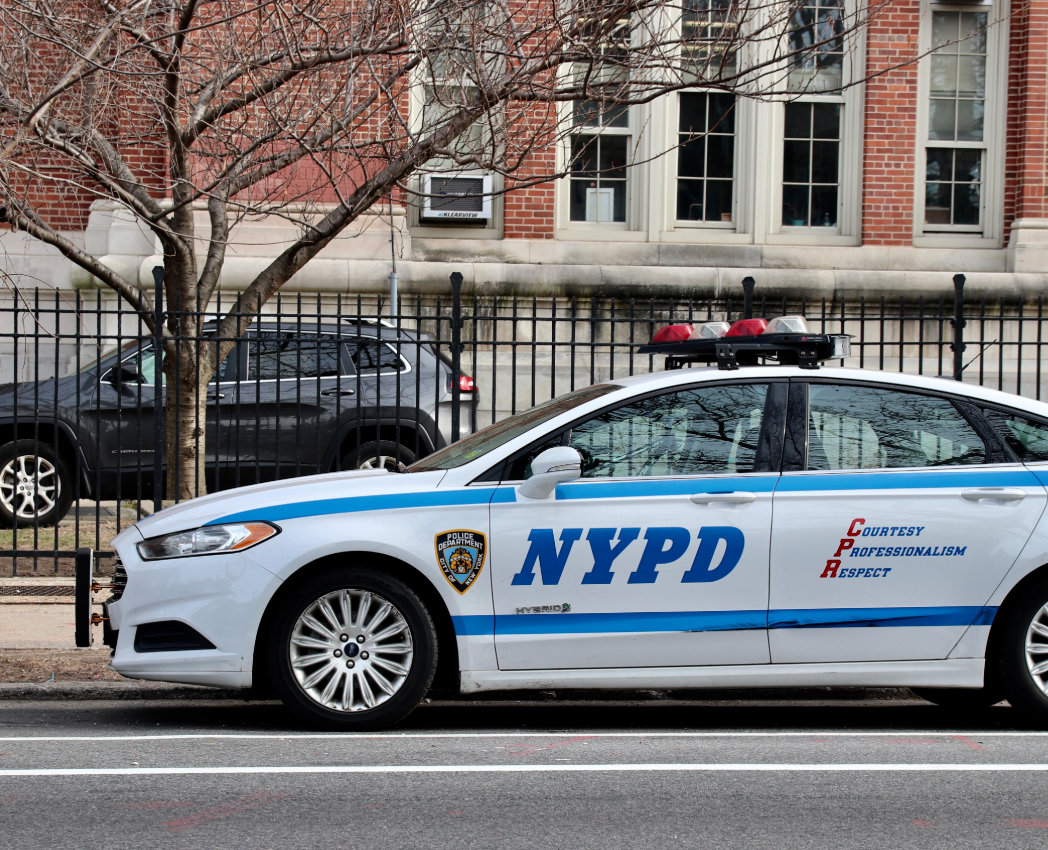 DYKER HEIGHTS – The fifth dead body in three months and the second this week was retrieved from the Brooklyn waterfront late yesterday afternoon. On Monday, May 20 at around 3:50 p.m., a jogger discovered a body floating in the water and called 911. Cops say a 33-year-old man 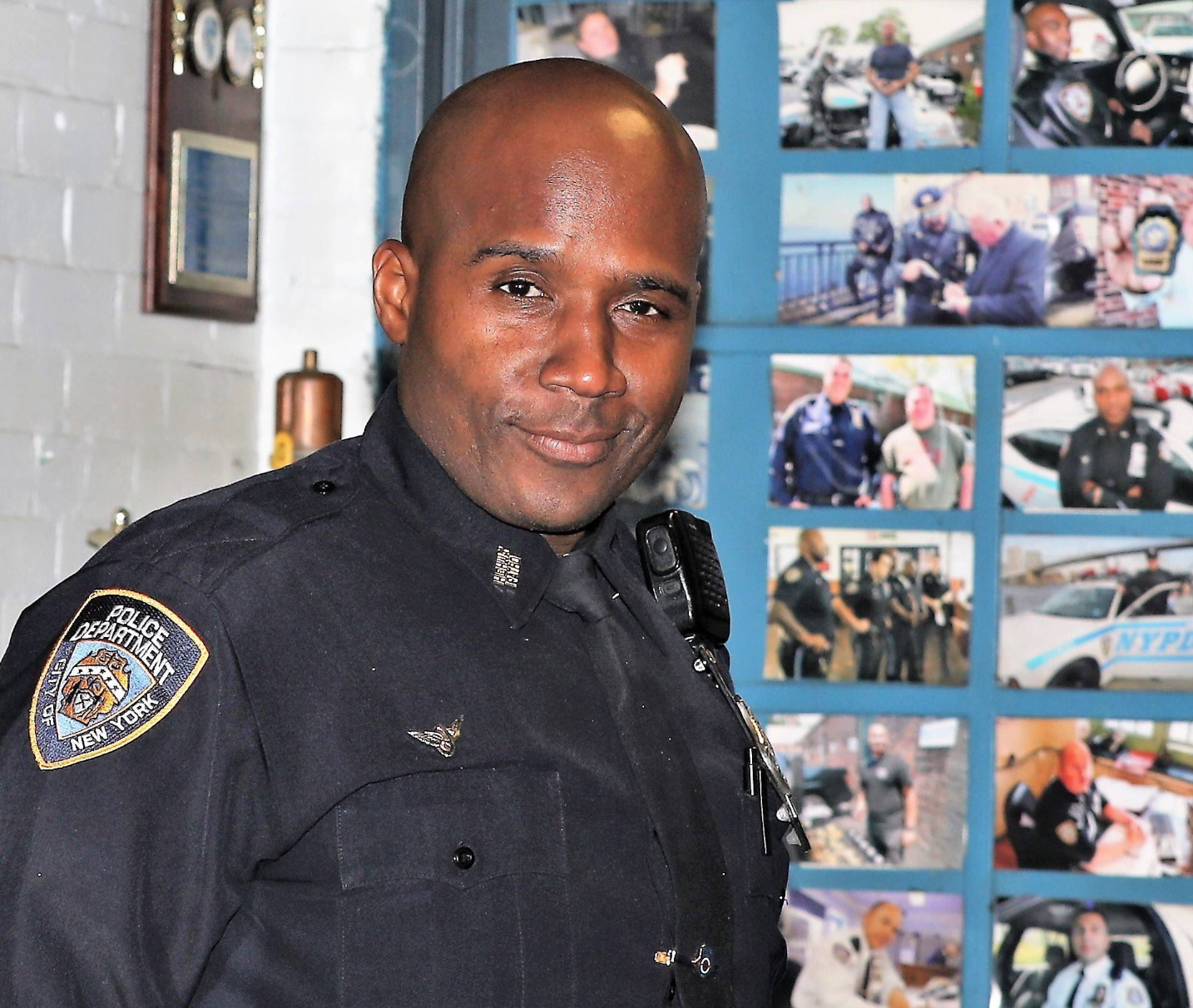 Photo: Todd Maisel/BklynerBELT PARKWAY – The flag at Highway 2 on Flatbush Avenue in Brooklyn was lowered to half-staff after Highway 2 Police Officer Marc St. Arromand was killed yesterday morning on the Belt Parkway on the way to work. He is a Long Island resident. On April 11th at 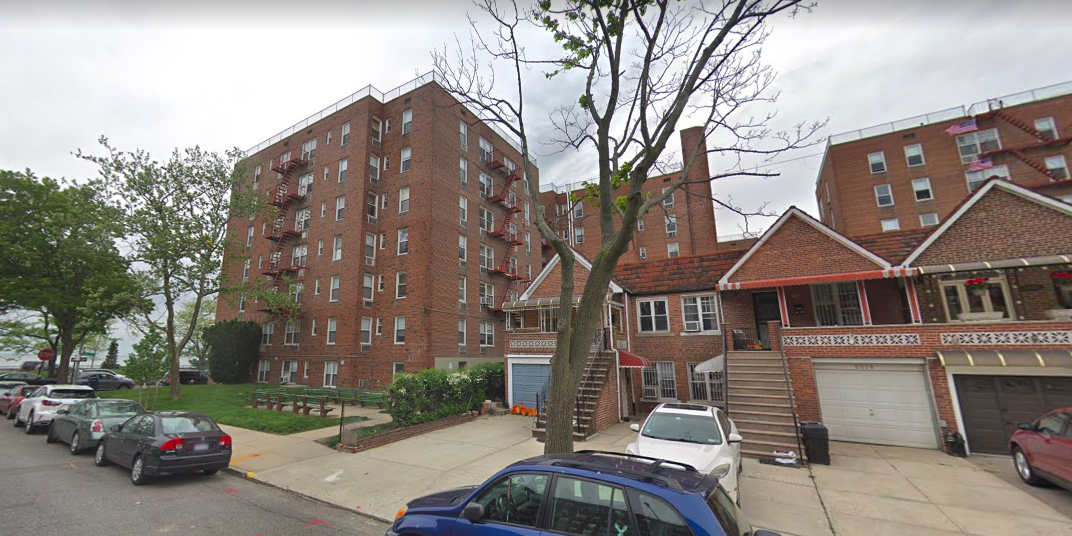 In Bath Beach, two homicides claimed the lives of two men in on Sunday, including an FDNY firefighter. In the early hours of Sunday, December 9, police said Faizal Coto, 33, was involved in a possible road-rage confrontation that ended in his death. Responding to a 911 call of a

Photo by Tom PrendergastBAY RIDGE – A Brooklyn man driving the wrong way on the Belt Parkway while drunk caused a head-on crash that killed a man on Thursday. The crash took place around 1:50 am on Thursday, said police, when Aleh Sheipak, 50, drove the wrong way down the 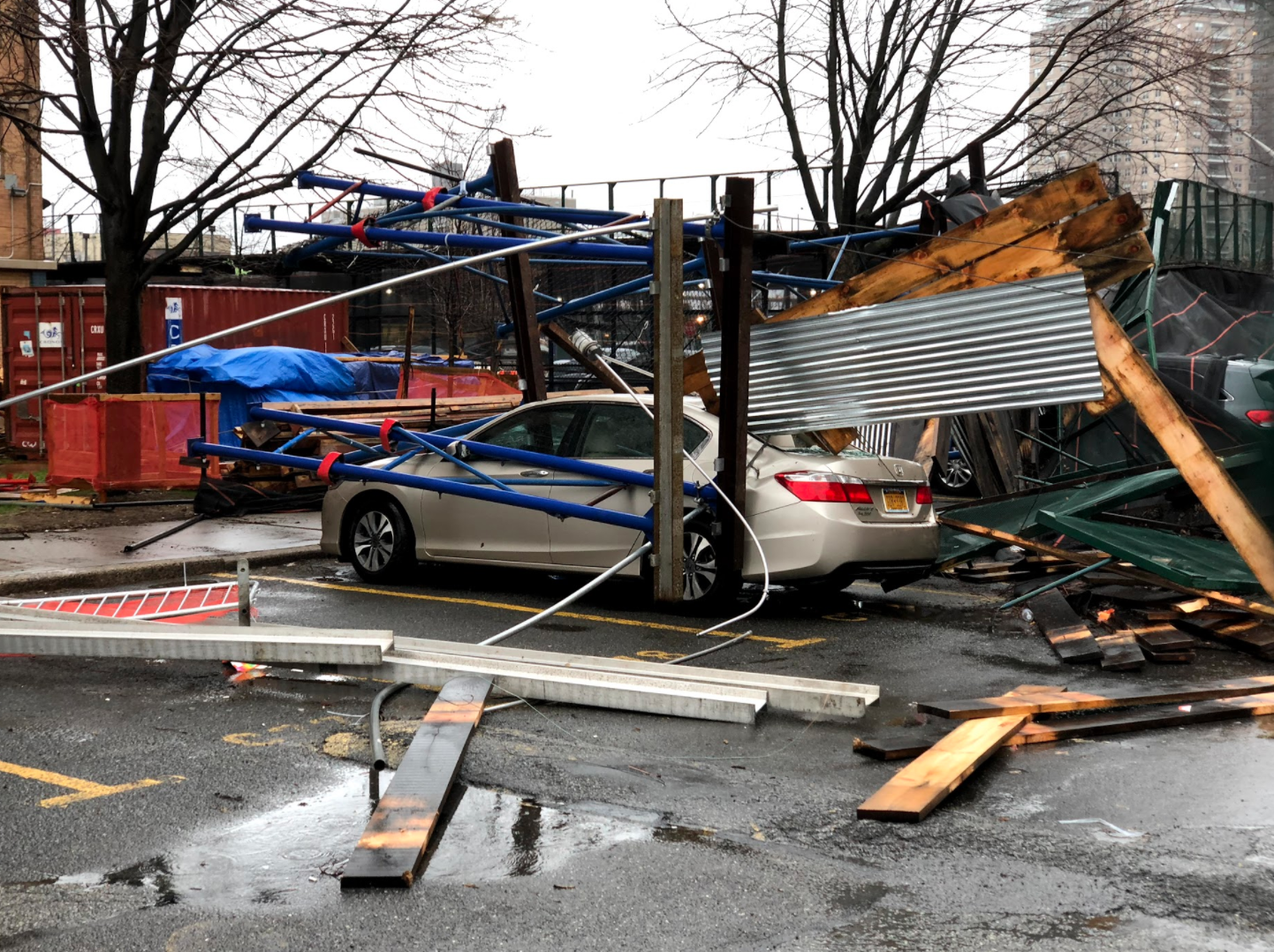 2935 W 5 St Scaffolding collapsed (Photo: Credit NYC 911 News LLC)BROOKLYN – There were four flash flood warnings this morning, and we hope you were not personally affected by the havoc the heavy rains unleashed on the city. Scaffolding collapsed on two parked cars in Brighton Beach (2935 W 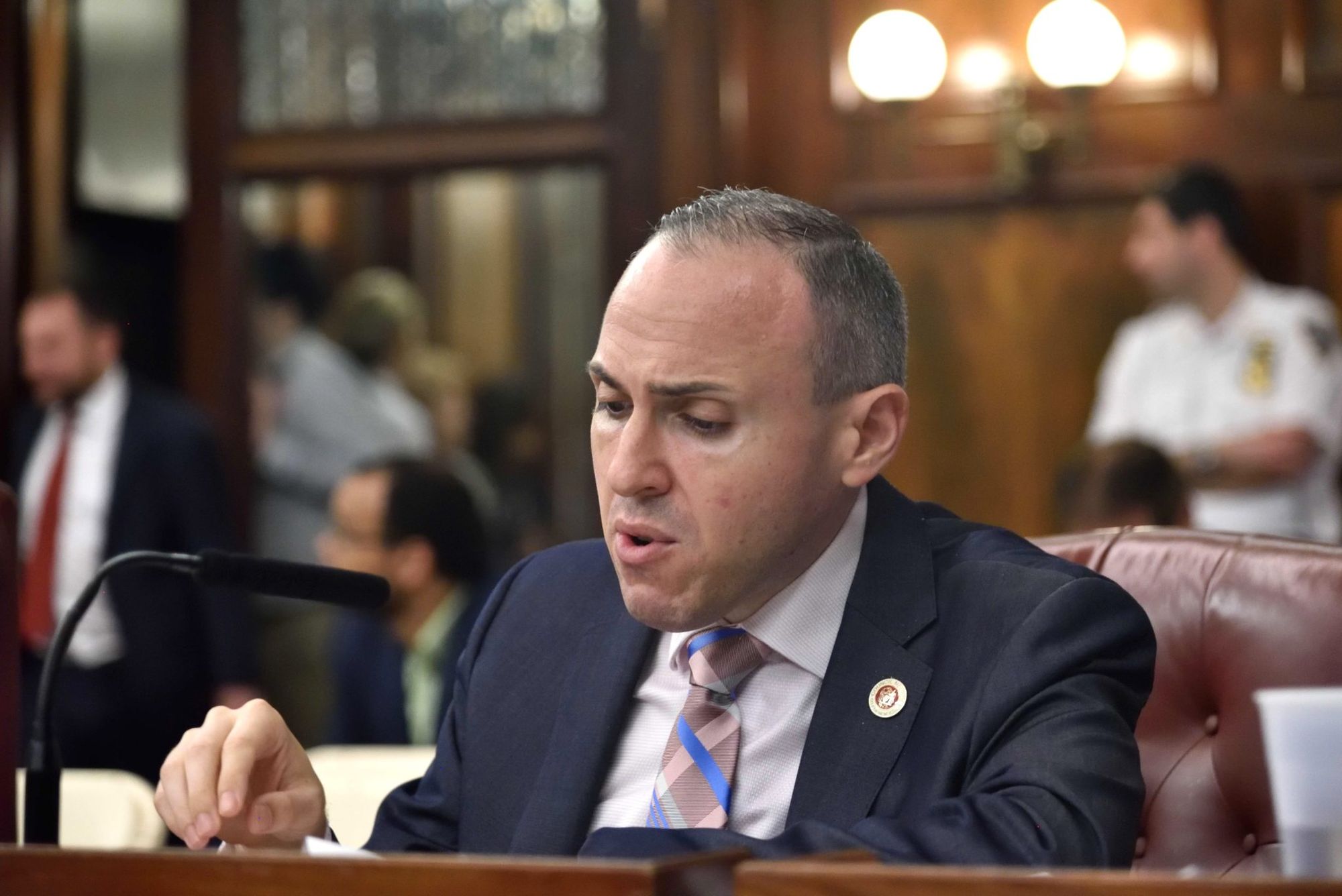 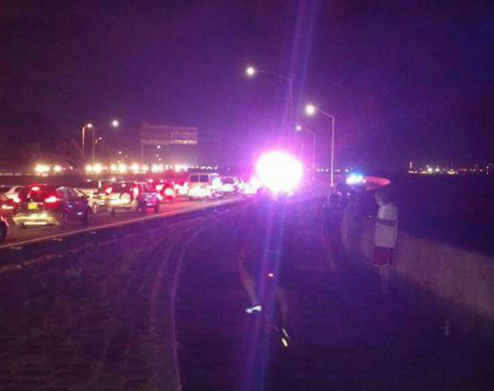 The FBI has taken five men thought to be involved in Saturday’s Chelsea bombing into custody following a traffic stop near the Verrazano Bridge on the Belt Parkway Sunday night. Sources confirmed a stash of weapons was discovered in the back of the men’s SUV, and that the 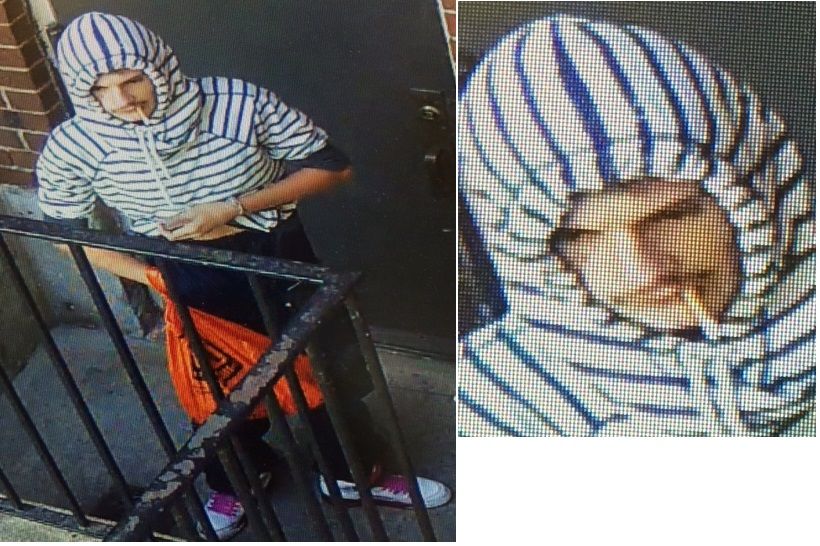 Photo via NYPDPolice are looking for a man who robbed a 12 year-old boy on Friday, September 2, while the boy was walking to school. The man approached the boy at around 7:30am, on Ocean Parkway, near the Belt Parkway, and asked to borrow his phone. The boy let 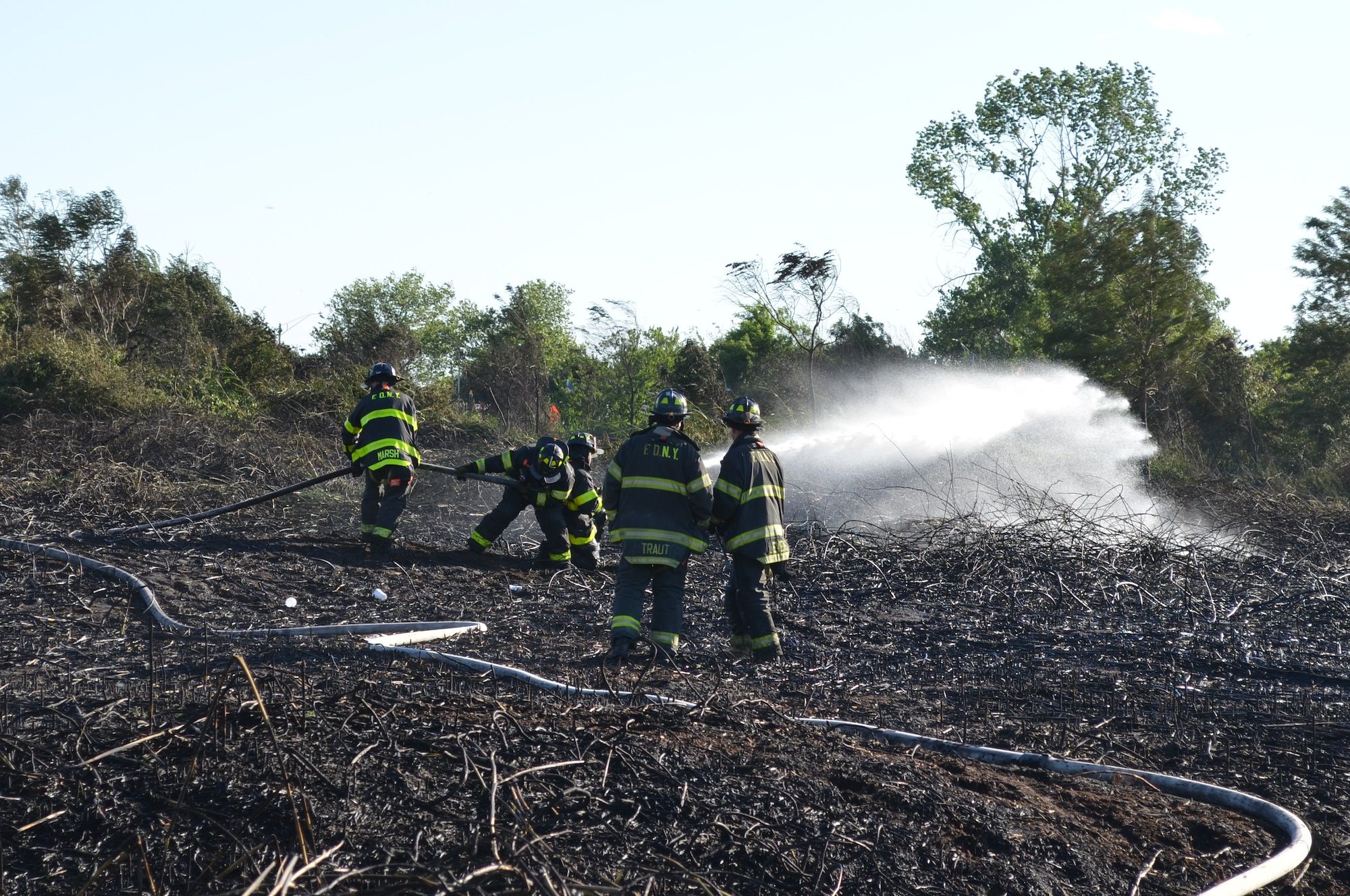 Courtesy of Luis MunozOn November 1, over 50,000 runners from around the globe will participate the TCS New York City Marathon [http://www.tcsnycmarathon.org/] , the largest race in the world. Some run the 26.2 mile, five-borough course to break records or race against the world’s best 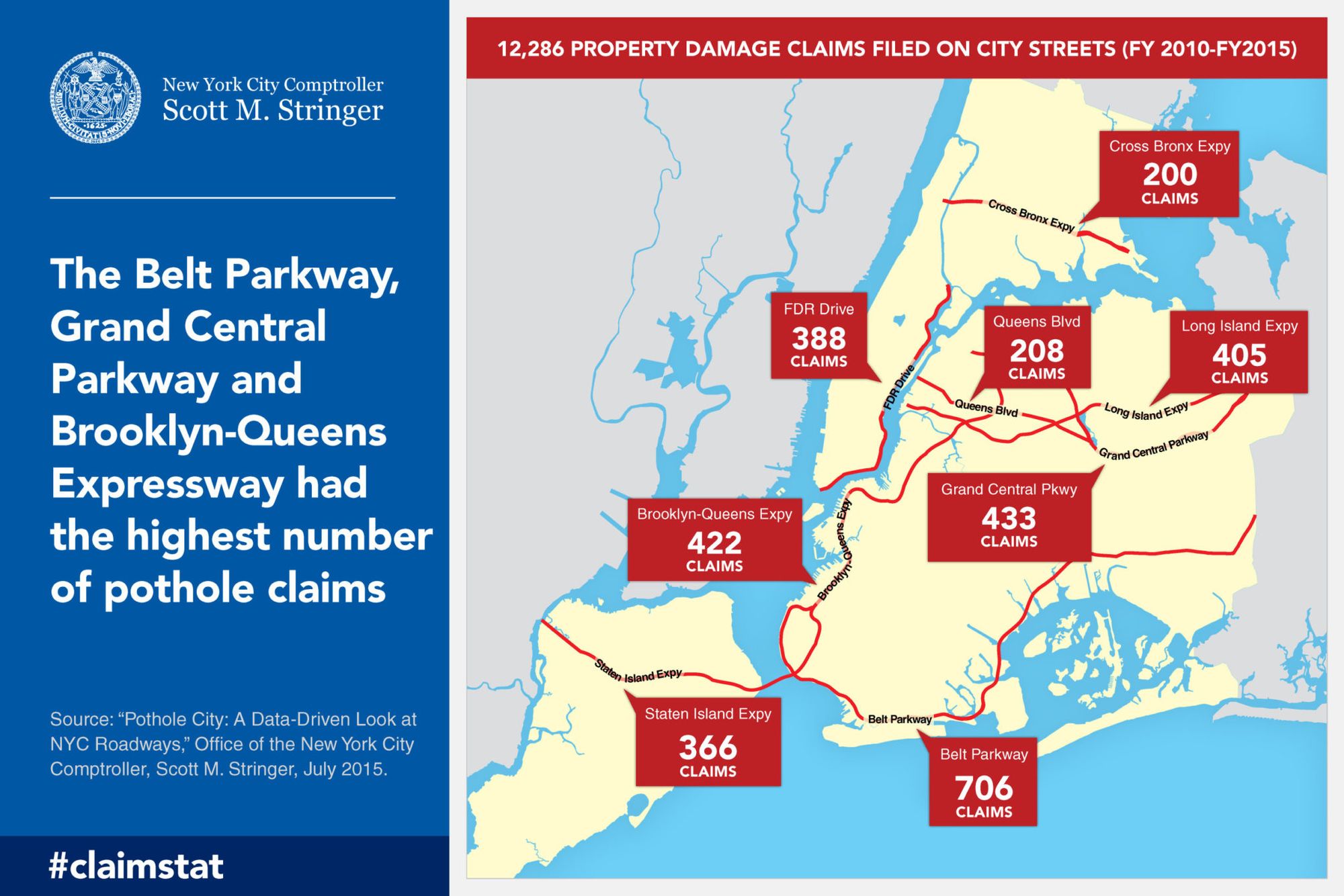 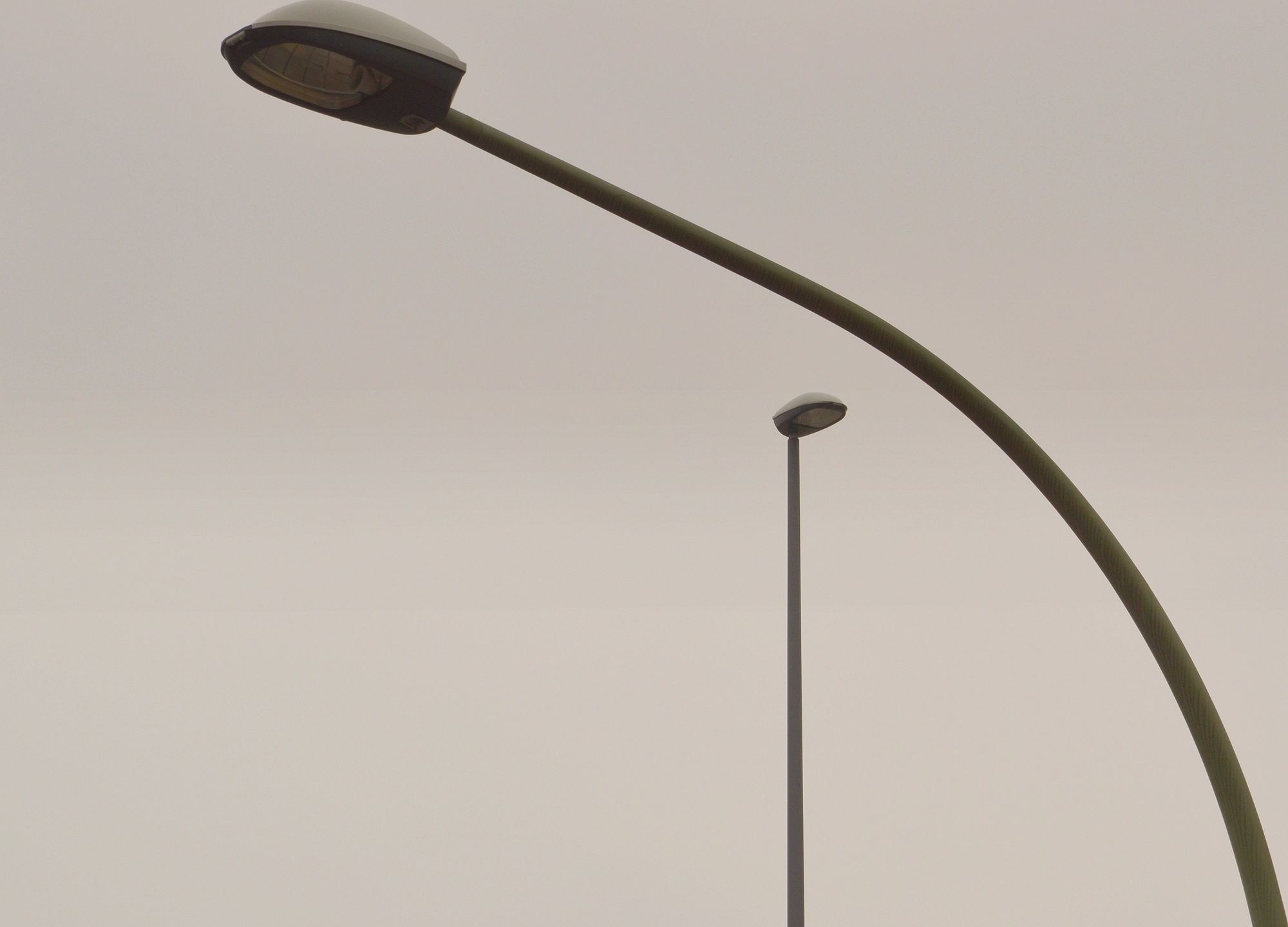 Photo via emily_staubert [https://www.flickr.com/photos/emily_staubert/8700873155/] via FlickrAssemblyman William Colton sent a letter to the Department of Transportation [DOT] last week calling on the agency to implement safety protections for drivers along the Belt Parkway due to light poles that were recently installed near 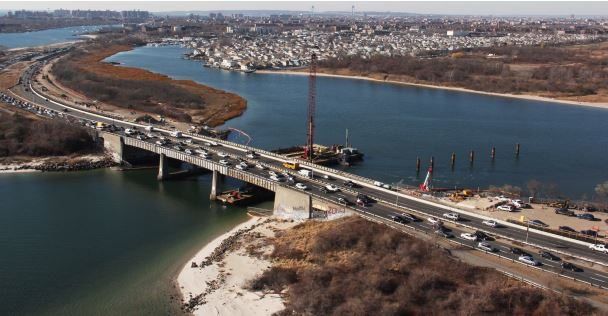 Source: DOTBrooklyn’s bridges are collapsing — and some of the ricketiest ones are also the most heavily utilized. Belt Parkway-connected overpasses at Gerritsen Inlet, Mill Basin, Bedford Avenue, Sheepshead Bay Road, and Nostrand Avenue are among the most heavily trafficked of New York State’s many structurally flawed crossings, according 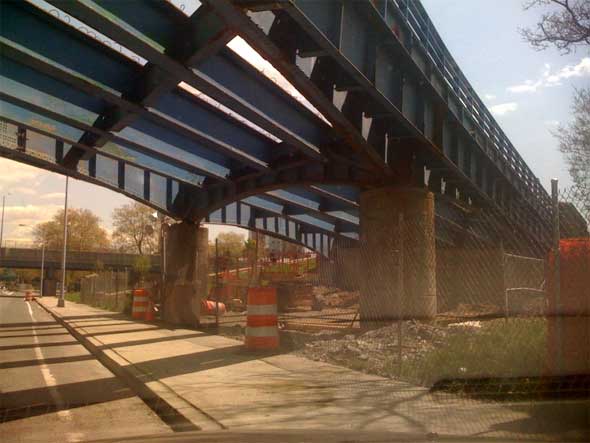 Source: DOTStarting tonight, there will be several nighttime closures on eastbound and westbound lanes of the Belt Parkway to accommodate construction. The work is part of the Seven Bridges Project, a renovation of the highway’s seven bridges and overpasses [/belt-parkway-boondoggle-lane-closures-begin-today/] that began in 2009, and will continue through March

The Department of Transportation announced this morning that the Belt Parkway lane closures set to begin last night [/belt-parkway-lane-closures-gerritsen-inlet-beginning-tonight/] have been postponed indefinitely. Two lanes of the eastbound Belt Parkway at Gerritsen Inlet Bridge were set to be closed for road repairs beginning last night and continuing through the weekend.

The bike path in 2009, just days after it was hit by a nor’easter. This unsalvageable section was ultimately ripped apart and covered in sand and gravel, and has stayed that way since.It looks like we’ll be going our fourth consecutive summer without the Plumb Beach bike

Source: retrofresh!/FlickrSixteen months have passed since Superstorm Sandy, and the damaged lights on the Belt Parkway from Knapp Street to Mill Basin remain in the dark. But not for much longer if the Department of Transportation keeps its word. According to a Daily News item [http://www.nydailynews.com/

The stupid sign. (Source: DNAinfo)Plumb Beach, the Brooklyn beach of…plumbs, has been labeled as part of Rockaway Beach, annoying anyone that knows the difference between Queens and Brooklyn. DNAInfo is reporting [http://www.dnainfo.com/new-york/20131003/rockaway-beach/brooklyn-coast-gets-touch-of-queens-with-rockaway-beach-sign] that a sign placed along the Belt Parkway has

Source: nysenate.govThe dirt keeps piling up on the doorstep of embattled State Senator John Sampson. The latest accusation, revealed in a New York Daily News report [http://www.nydailynews.com/new-york/fbi-investigating-sampson-fees-charged-businessmen-article-1.1354741] , details how Sampson charged a $10,000 retainer fee to businessmen who were trying to secure

Source: satyadasa via flickrProgress continues on the Department of Transportation’s (DOT) seven-year renovation plan [/dot-finishes-1st-phase-of-belt-parkway-bridges-project/] of the Belt Parkway’s seven bridges and overpasses, as the Fresh Creek Basin Bridge opened to westbound traffic, according to a press release [http://www.nyc.gov/html/dot/html/pr2013/pr13_13.