EAST WILLIAMSBURG – Yet another pedestrian was killed by a car in Brooklyn early Monday morning after a deadly hit-and-run at Metropolitan Avenue and Grand Street in East Williamsburg, police confirmed.

The 50-year old man was crossing the street around 3:45 am when he was hit by a vehicle traveling westbound on Metropolitan, suffering severe trauma to his head.

EMS rushed the man to Woodhull hospital, where he later succumbed to his injuries and died.

The name of the victim has been withheld pending family notification. Currently, there is n description of the car that struck and killed the man, and no arrests, but an investigation is ongoing.

This death is yet another in a series of pedestrian fatalities in early 2018. Last week, a driver struck and killed two young children in Park Slope. During the first week of March, in Kensington, Faustino Garcia was killed at Church Avenue and Ocean Parkway. Finally, in southern Brooklyn, John Ramondino was killed crossing the street as well. 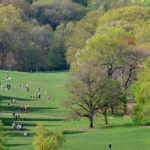 A Plan to “Renew” Brooklyn’s Backyard 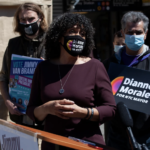 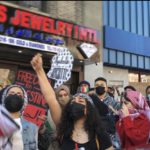 Brooklyn Shows Up For Palestine in Bay Ridge

A Plan to “Renew” Brooklyn’s Backyard

Brooklyn Shows Up For Palestine in Bay Ridge