Happy Pride weekend! Celebrate with a variety of Pride events throughout Brooklyn such as BAM’s Everybooty 2019 party or a live performance by Spencer Ludwig at Freehold. Plus, this is the last weekend to check out Romeo & Juliet in Carroll Gardens and Heaven, Hell, and Purgatory: Visions of the Afterlife in the Catholic Tradition at Morbid Anatomy’s pop-up at Green-Wood Cemetery.

Bklyner Calendar has more events happening around town and you can list one of your own. 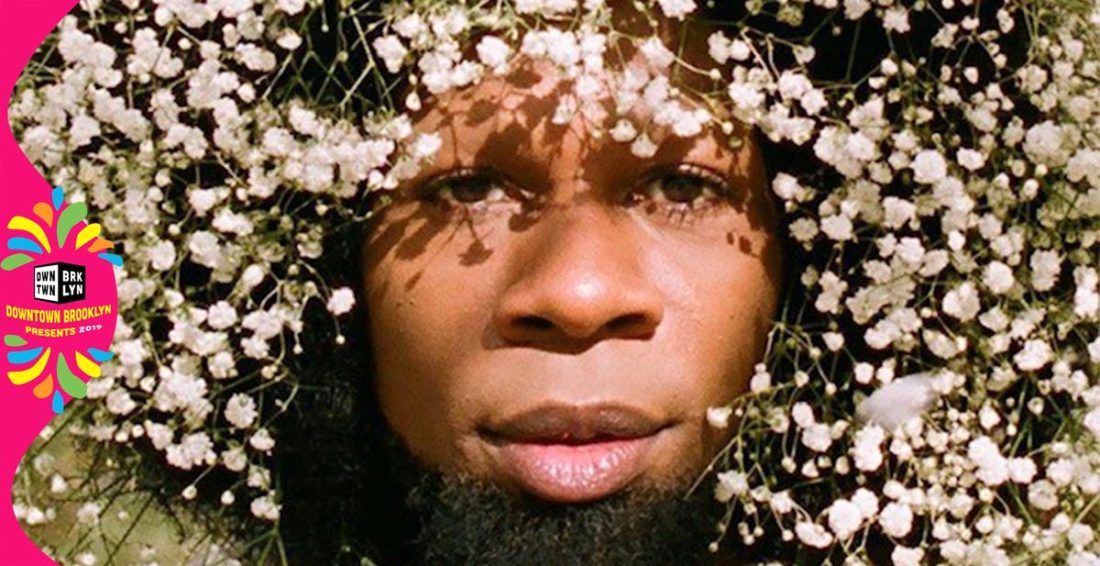 EXCUSE ME, HELLO: STAY FLY, BUTTERFLY at The Plaza at 300 Ashland, 5pm [Free]: As part of this year’s NYC Pride, the Downtown Brooklyn Partnership has collaborated with 651 ARTS to present entertainer and performance artist Andre J. for their first major presentation. The family-friendly portion of the piece will debut at The Plaza at 300 Ashland as part of a free, outdoor celebration.

“PRESS PLAY” BOOK AND MUSIC FAIR at Pioneer Works, 7pm (+June 29) [Free]: This fair celebrates the merits of independent publishing and the dissemination of the arts through publication, recorded sound, and their expanded mediums. Print and digital publishers, recording artists and labels, and the communities that support them are all invited to participate in two days of live music, performances, panels, and other activities.

LE TRUMPET CELEBRATES PRIDE at Freehold, 9pm [Free]: This live performance with Spencer Ludwig will feature his full band, horn section, and a lineup of incredible dancers and drag queens. Freehold is a coffee shop/work space by day that transforms into an entertainment space at night.

LIZ PHAIR / TED LEO AND THE PHARMACISTS / CAROLINE ROSE at Prospect Park Bandshell, 6pm gates and 7pm show [Free]: As part of BRIC’s Celebrate Brooklyn! Festival, Liz Phair, alongside Ted Leo, the Pharmacists and Caroline Rose will perform at the Bandshell. Phair’s influence on female voices in alternative music is still pronounced today, even two decades after the release of her debut Exile in Guyville.

Everybooty 2019 at BAM from BAM on Vimeo.

EVERYBOOTY 2019 at BAM Fisher, 9pm [Tickets $30]: Descend on BAM this World Pride Weekend for a four-floor, art party featuring queer art and nightlife worlds. This evening will fill BAM Fisher from the basement to rooftop with performances, DJs, installations, and more.

DO THE RIGHT THING 30TH ANNIVERSARY BLOCK PARTY at Stuyvesant Avenue between Lexington and Quincy, 11am to 9pm [Free]: Spike Lee’s 1989 classic Do the Right Thing turns 30, and to celebrate the Oscar-winning director is hosting a block party in the Bed-Stuy neighborhood where the film was shot on “Do The Right Thing Way.”

CIRCUS AFLOAT at the Waterfront Museum Barge, 2pm [Tickets begin at $15]: TRAVELS WITH TRICKSTERS (from the MacArthur Award-winning Bond Street Theatre) features two multi-skilled actors in a show that draws from the stories, characters, and visual delights encountered in their travels throughout the world. There’s juggling, music, magic, amazing stilt dancing, and audience participation throughout this high-energy, original show.

HEAVEN, HELL, AND PURGATORY: VISIONS OF THE AFTERLIFE IN THE CATHOLIC TRADITION at Green-Wood Cemetery (Fort Hamilton Gatehouse), Saturdays & Sundays through June 30 [Free]: Morbid Anatomy returns for a second year to Green-Wood Cemetery’s historic Fort Hamilton Gatehouse. The museum’s latest exhibit explores visions of heaven, hell, and purgatory in the Catholic tradition featuring paintings, photographs, sculptures, historical books, and prints dating from the 17th century to the present. Don’t forget to visit the attic where selections from Morbid Anatomy’s vast library will be available for perusal.

SEDIMENT at multiple locations (Artpoetica, South Slope Local Café, Gowanus Dredgers Boathouse, and Gowanus Souvenir Shop), through July 7 [Free]: Created by JoAnne McFarland and Sasha Chavchavadze, the SEDIMENT exhibitions are inspired by the century-old sediment at the bottom of the Gowanus Canal. Each exhibition space will offer a unique interpretation of SEDIMENT experimenting with both the literal and metaphorical theme.

ON THE (QUEER) WATERFRONT at the Brooklyn Historical Society, through August 4 [Free]: Co-curated by Hugh Ryan and Avram Finkelstein, this exhibition focuses on the lesbian, gay, bisexual, transgender, and queer history of Brooklyn in the 1800s and through World War II. Visitors can expect to see photographs, artifacts and more. Read more here.

THE PHOTOGRAPHS OF BUILDER LEVY: HUMANITY IN THE STREETS at Brooklyn Historical Society, through August 11 [Free]: A collaboration between the Brooklyn Historical Society and students from Pratt Institute, this new exhibit showcases a selection of images documenting everyday life in NYC from the 1960s to 1980s, through the lens of Brooklyn-bred photographer Builder Levy. Students from Pratt’s Spring 2019 Museology Class took on roles as curators, designers, publicists and more for the exhibition.

OSCAR @ THE CROWN at 3 Dollar Bill, through August 25 [Tickets begin at $25]: Directed by Shira Milikowsky, this performance combines sequins, reality television, and the complete works of Oscar Wilde. OSCAR @ The Crown is an immersive nightclub musical detailing the rise and fall of one of history’s most flamboyant characters.

CONEY ISLAND HISTORY PROJECT: SALVATION BY THE SEA at Coney Island, through Sept. 2 [Free]: View historic artifacts, photographs, maps, ephemera and films of Coney Island’s past and this year’s special exhibition Salvation by the Sea: Coney Island’s 19th Century Fresh Air Cure and Immigrant Aid Societies. This exhibit explores an era of Coney Island’s history by examining the role that the beachfront played in saving lives and providing a livelihood for the waves of immigrants who came to America between the 1870s and 1920s.