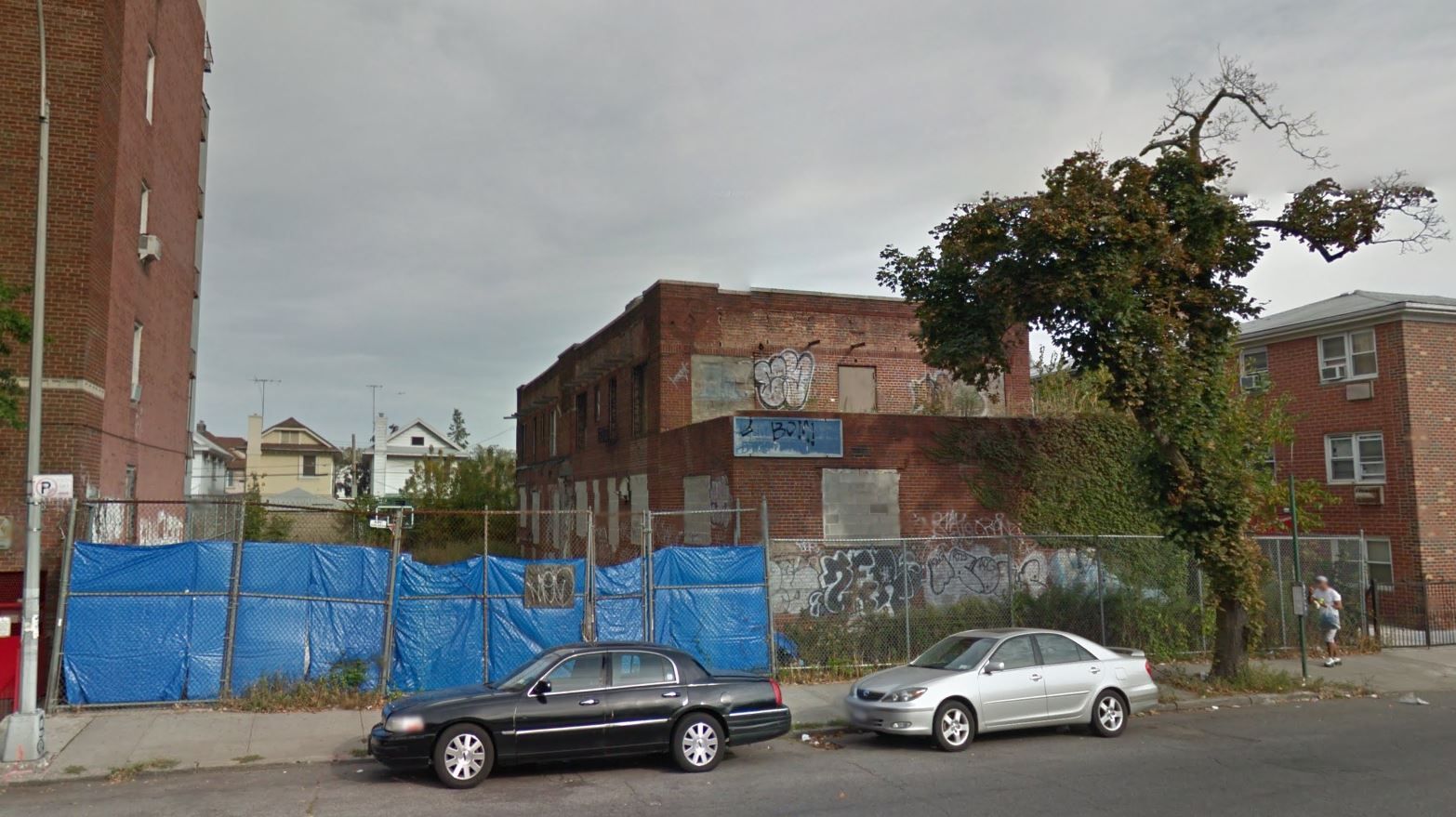 2443 Ocean Avenue (Source: Google Maps)A long overgrown and litter strewn lot at 2443 Ocean Avenue will soon become the construction site for a planned six-story, 28-unit residential development. The developer, Bernard Weingarten, of Mesivta Haichel HaTorah, has owned the property since 1975, according to [http://www.yimbynews.com/

Police are now circulating the above photos of the man they believe to be behind a spate of night-time home burglaries in Homecrest [/cops-warn-home-burglary-trend-homecrest-area/]. The image comes after yet another burglary on October 17. At approximately 2:55am, the suspect broke into a home on East 8th Street near Avenue

The trailer for Bill Murray’s new flick, St. Vincent, was released last week and it’s chock full of shots of Marine Park. Scenes for the movie were filmed across the neighborhood [/bill-murray-spotted-shooting-new-movie-around-marine-park/] throughout most of the summer last year, especially around Batchelder Street, Avenue S, Avenue T, Avenue

Join the Riders Alliance tonight, May 8, for part two [/riders-alliance-announces-brainstorming-session-for-mass-transit-improvements-in-southern-brooklyn/] of their grassroots initiative to brainstorm strategies and help plan a winning campaign to improve public transportation throughout Southern Brooklyn. The group will be meeting from 7:00 p.m. to 8:30 p.m. at the Homecrest Presbyterian

2060 East 19th Street, the scene of the accident. (Source: Google Maps)A driver jumped the curb while attempting to park on East 19th Street between Avenue U and Avenue T, hitting an elderly woman and pinning her beneath the car. A tipster tells Sheepshead Bites that the accident occurred

A Stipula fountain pen. Source: WikipediaA Jewish writing group is forming at the Beth El Jewish Center of Flatbush, 1981 Homecrest Avenue at the corner of Avenue T. The group will function according to the principles of the New York Writer’s Coalition, encouraging the exchange of creative ideas and

A fast-moving fire ripped through the backyards and garages of two residences near Avenue U before being squashed by local firefighters. The fire began behind a daycare center at 2125 East 21st Street shortly before 4:30 p.m.. Within minutes, according to our tipster and photographer Randy Contello, who

Source: gorbould/FlickrAn ex-Ghostbuster might be roaming around your neighborhood toting along some film-making buddies. Sources have tipped us off that none other than Bill Murray, aka the greatest man of our times, is shooting a movie called St. Vincent [http://www.imdb.com/title/tt2170593/] in Marine Park. The

Emergency responders from the FDNY rushed to Coney Island Avenue and Avenue T this morning, after a car flipped over, landing on the sidewalk. The incident, which occurred at approximately 9:00 a.m., was first reported by @NYScanner [https://twitter.com/NYScanner/status/339732418225381377], who published the photo above.

Source: niznoz/FlickrMore than 1,230 households are without power in Marine Park, Mill Basin and other areas, after a transformer exploded on Avenue T and Hendrickson Street. The explosion occurred at approximately 6:40 p.m., and Con Edison has been called to the scene. Notify NYC has issued

An HCS-organized senior health fair earlier this month. (Source: HCS)We told you on Tuesday about the Bensonhurst annex of the Homecrest Community Services [http://homecrest.org/] senior center, and that it is now the first publicly-funded senior center focused on the unique needs of the Asian-American community [/senior-center-servicing-bensonhursts-booming-asian-population-to-receive-public-funding/] . On

Thieves stole Mariya's airbag and shattered at least one of her windows.Tipster Mariya Y. sent us a note about a recent rash of car break-ins in the neighborhood. Her Nissan Sentra, a neighbor’s Nissan Maxima and another neighbor’s Nissan Rouge were all broken into over the weekend.

Members of a prominent Ocean Parkway synagogue skipped candle lighting ceremonies last night, instead sparking a flame of civil war. A plan to expand the facilities of Congregation Shaare Zion at 2030 Ocean Parkway was voted down, as congregants who opposed the plan packed into Community Board 15’s December

Courtesy of our tipster.We just received this photo and the following note from a reader: > Today at 2:20 PM I saw a bunch of teenagers firing BB guns at each other on East 17 Street and Ave T. One of teens was also assaulted. They were firing as

A team of Sheepshead Bay’s four coolest youths, dubbed the Nerd Herd, is gearing up to take Atlanta’s Robotics World Festival by storm next month. Their early-model Johnny 5 [http://en.wikipedia.org/wiki/Short_Circuit] robot, named “Thingamajig”, will soon be set with the task of destroying