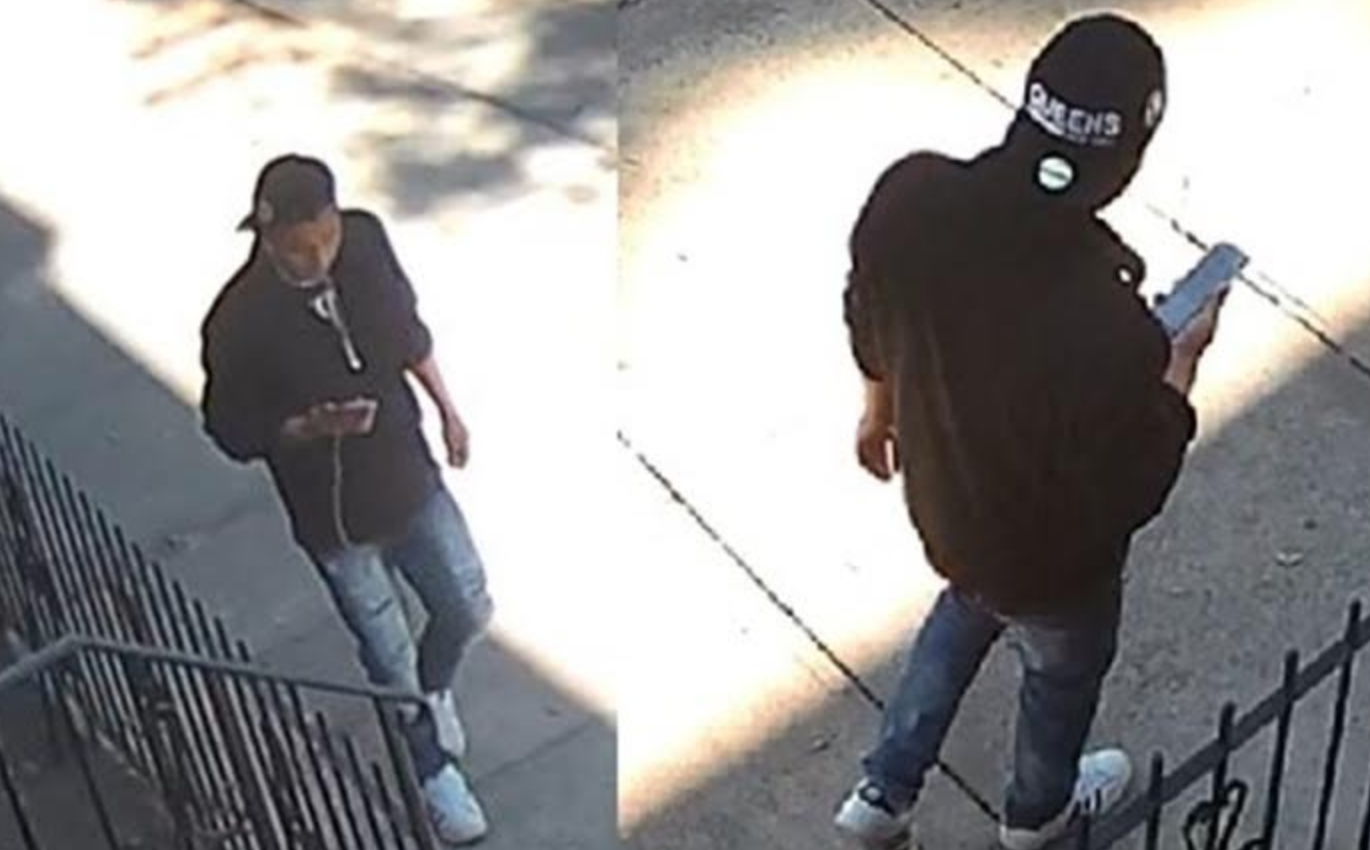 Photo: NYPDSOUTH SLOPE — Cops are still looking for a man who exposed his genitals to several young girls as they were walking home from school. On October 21 at around 2:50 p.m., a man was walking along Sixth Avenue and 15th Street. A group of young girls was 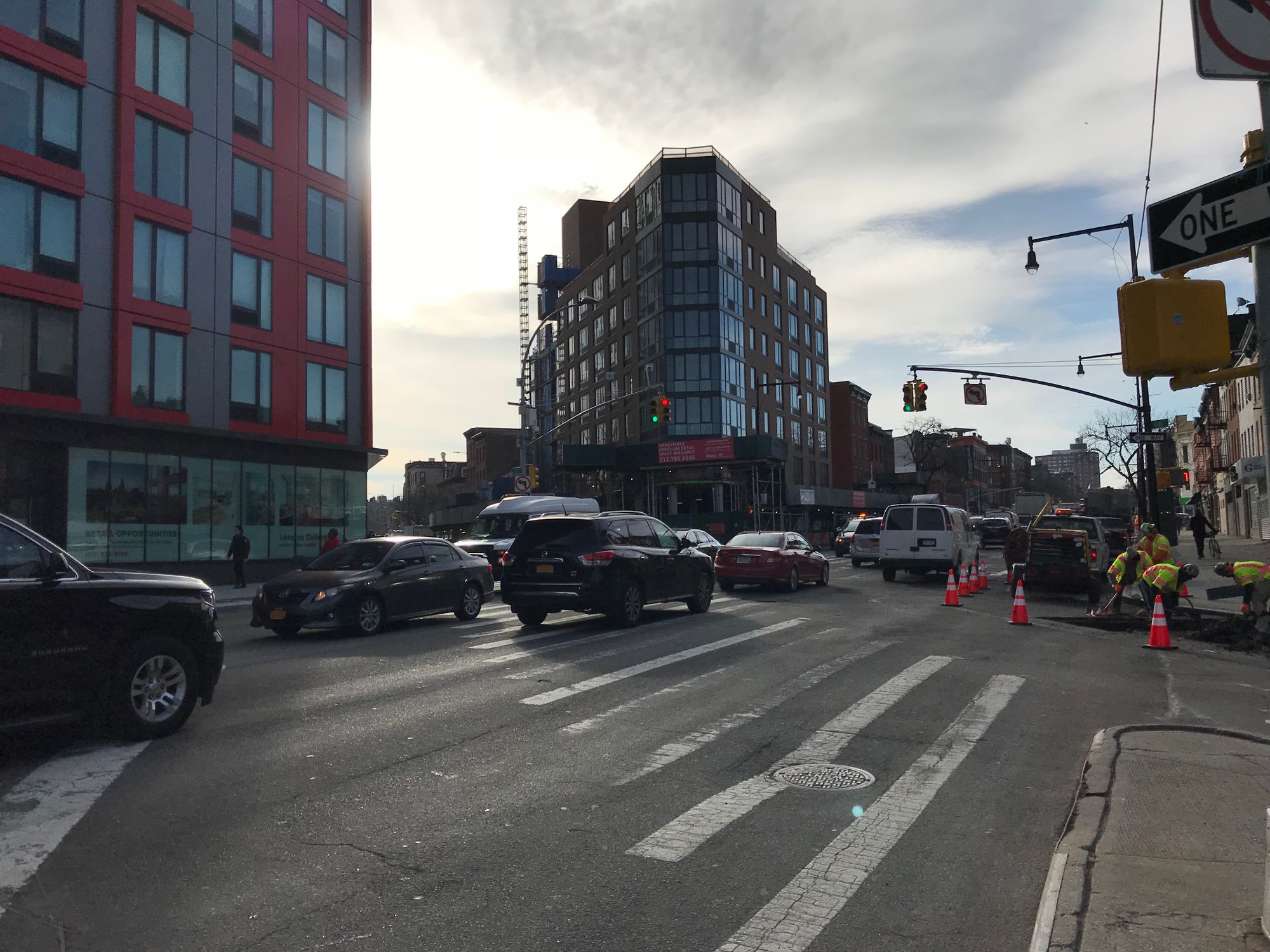 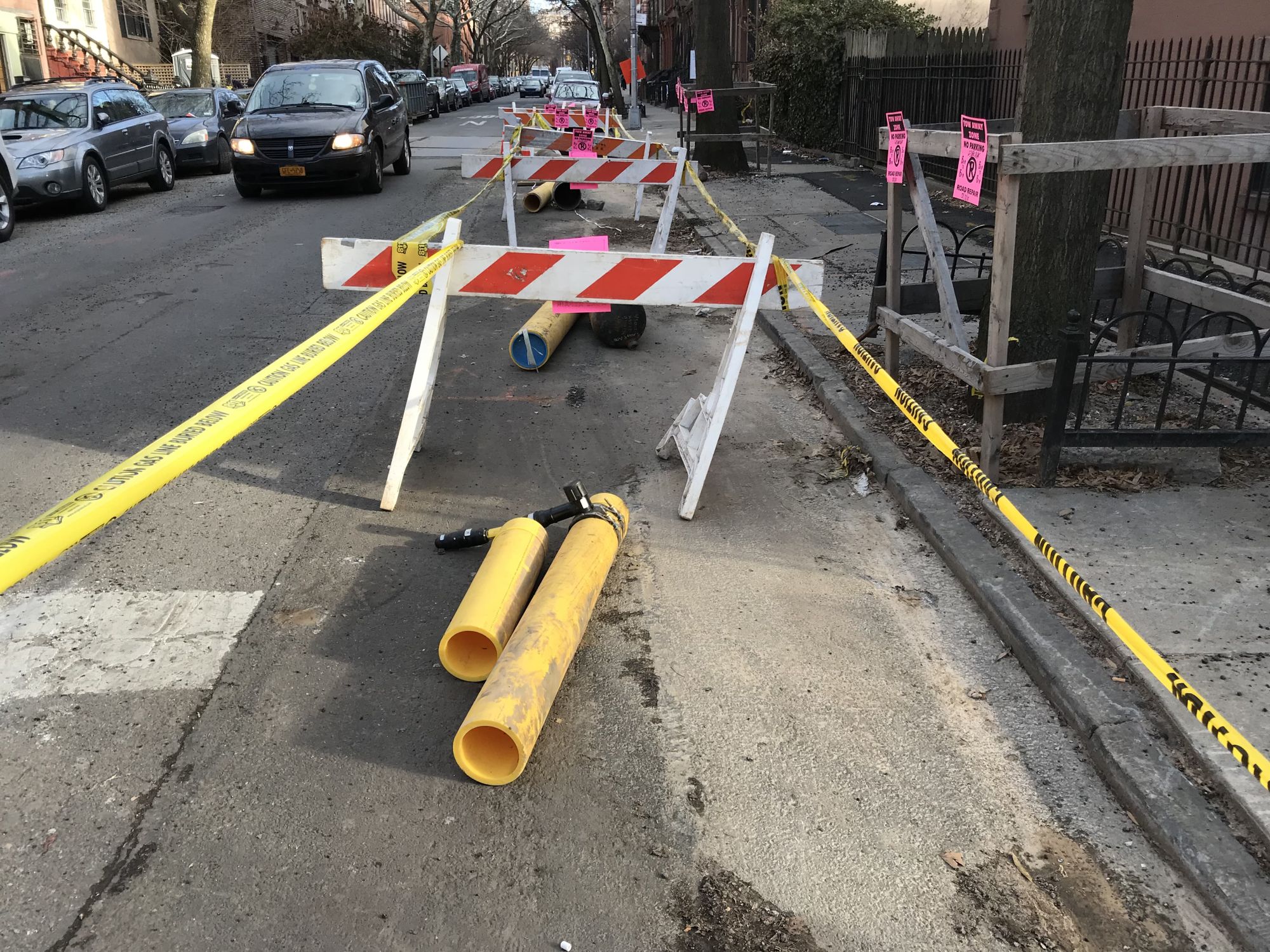 PARK SLOPE – Last week a reader in Park Slope sent in the above photo of a sign posted by the NYC Department of Design & Construction (DDC) advising neighbors about BED798, a major construction project that began on Wednesday, January 31 and will last until Summer 2021. Crews will be 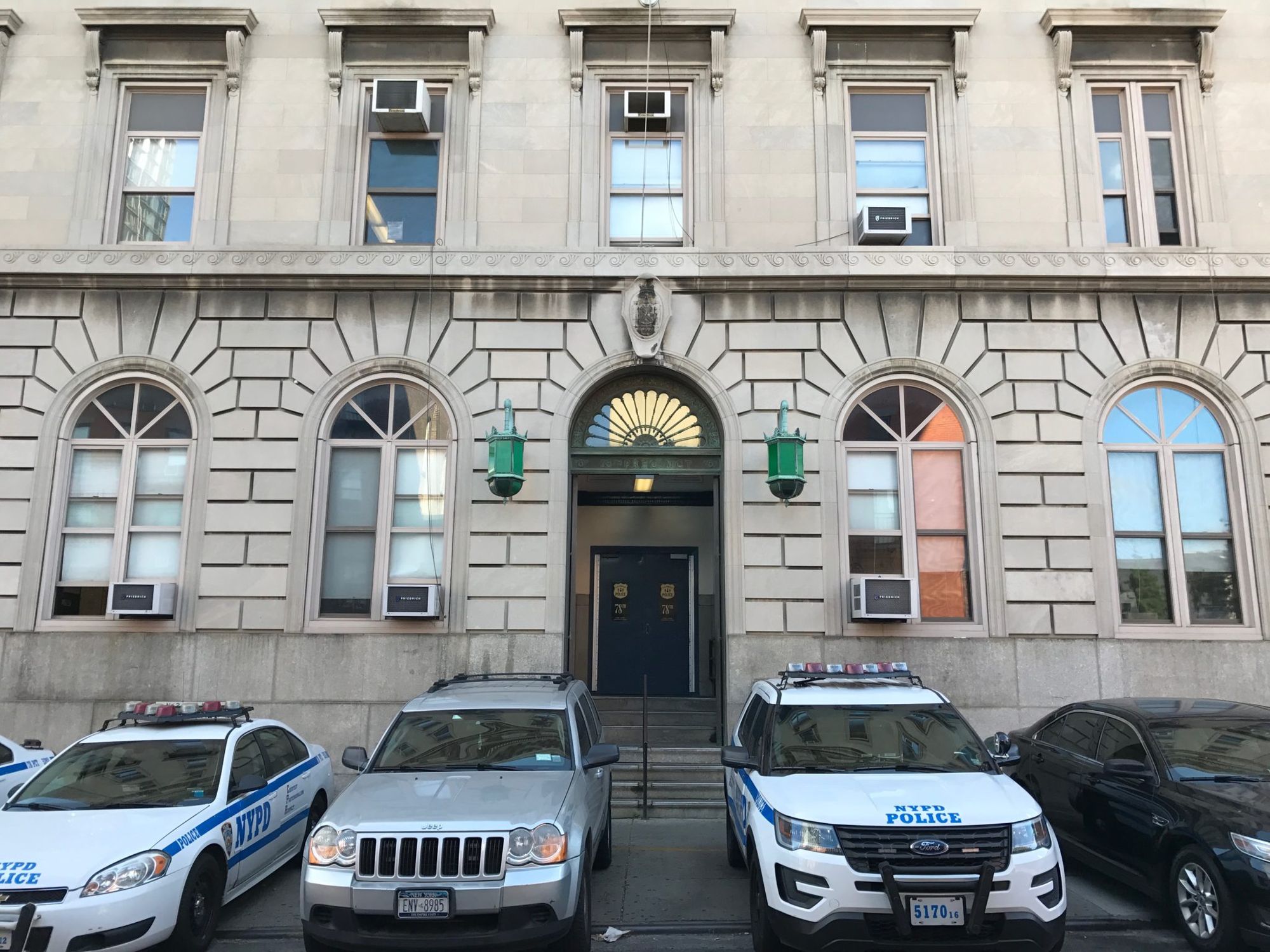 78th Precinct, 65 6th Avenue (Photo: Pamela Wong/BKLYNER)PARK SLOPE – The NYPD’s 78th Precinct announced that it will launch a Neighborhood Coordinator Officer (NCO) Program next month at the Brooklyn Museum. NCOs are officers assigned to specific sectors in their precincts who dedicate their time in engaging with 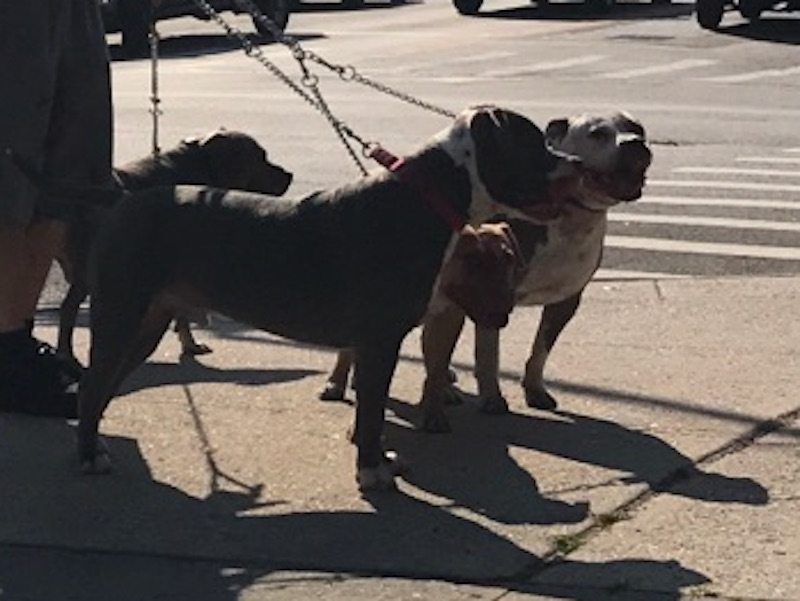 Photo of the pit bulls provided by the victim of the attackSouth Slope — A four-year-old, 45-pound labradoodle was viciously attacked by four unleashed pit bulls in a South Slope park yesterday morning. The dog’s owner, who wishes to remain anonymous, says she was walking with her dog toward the 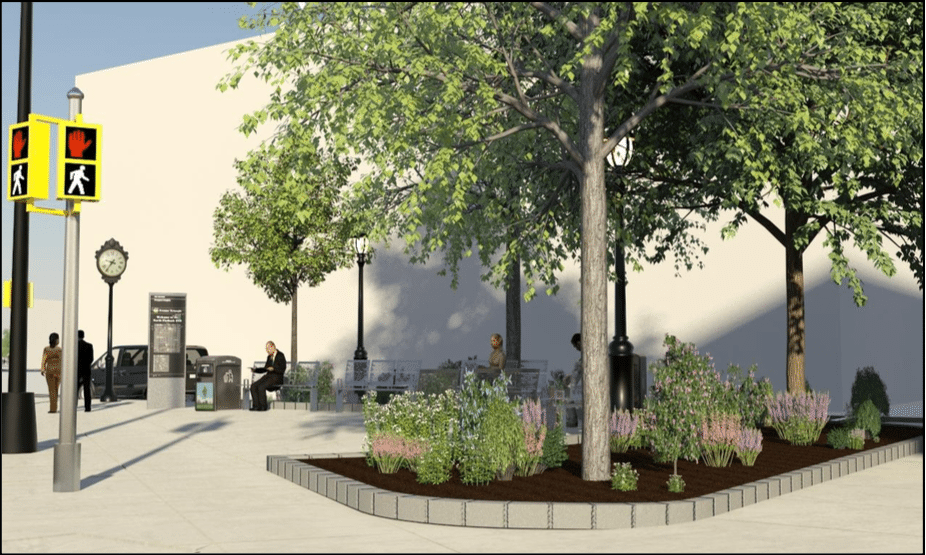 Intersection at 6th Avenue and Flatbush Avenue (March 30, Photo by Pamela Wong/BKLYNER)Flatbush Avenue, between Bergen Street and Sterling Place, is going to get a lot nicer—and safer. A project that will transform three islands along Flatbush Avenue into pedestrian-friendly green spaces kicked off this week. The 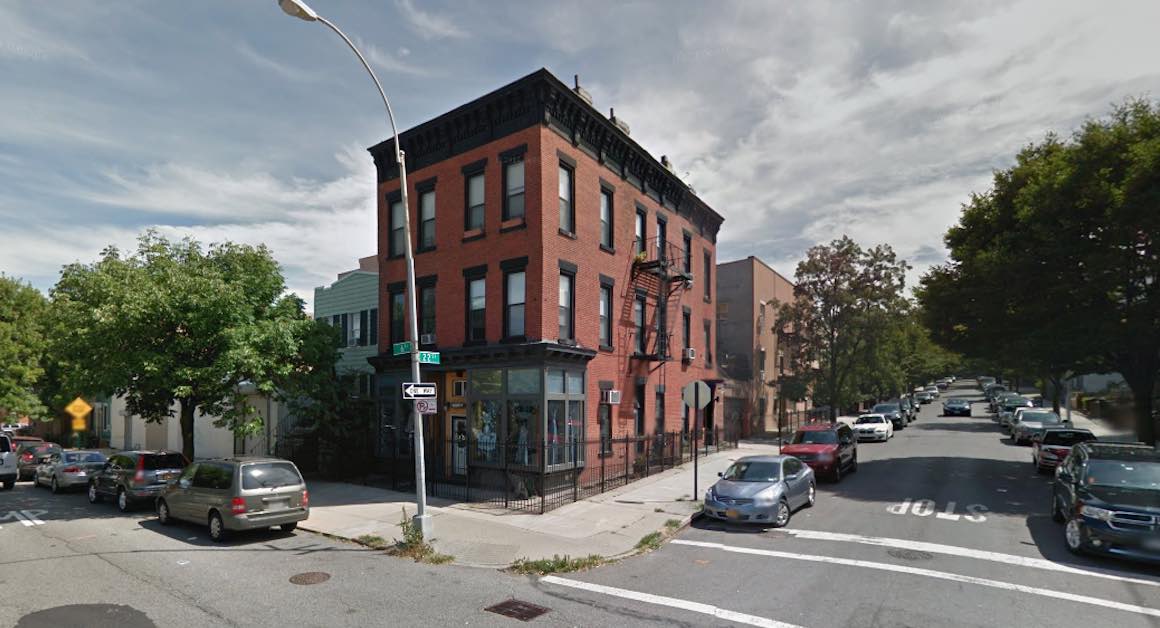 Photo by Donny Levit / South Slope NewsDon’t worry little guy. You’ll have a lot of friends in the neighborhood before you know it. Take a photo in the neighborhood lately? Share it with us! Add it to our Flickr group, tag it #southslope on Instagram, or email it

The condo development will take place at 695-705 6th Avenue. (Image via Google Maps)A developer who was recently caught up in a controversy surrounding charges of fraud has come to the neighborhood. Shiraz Sanjana and real estate partner RNS Holdings purchased a site at 695-705 6th Avenue (between 20th 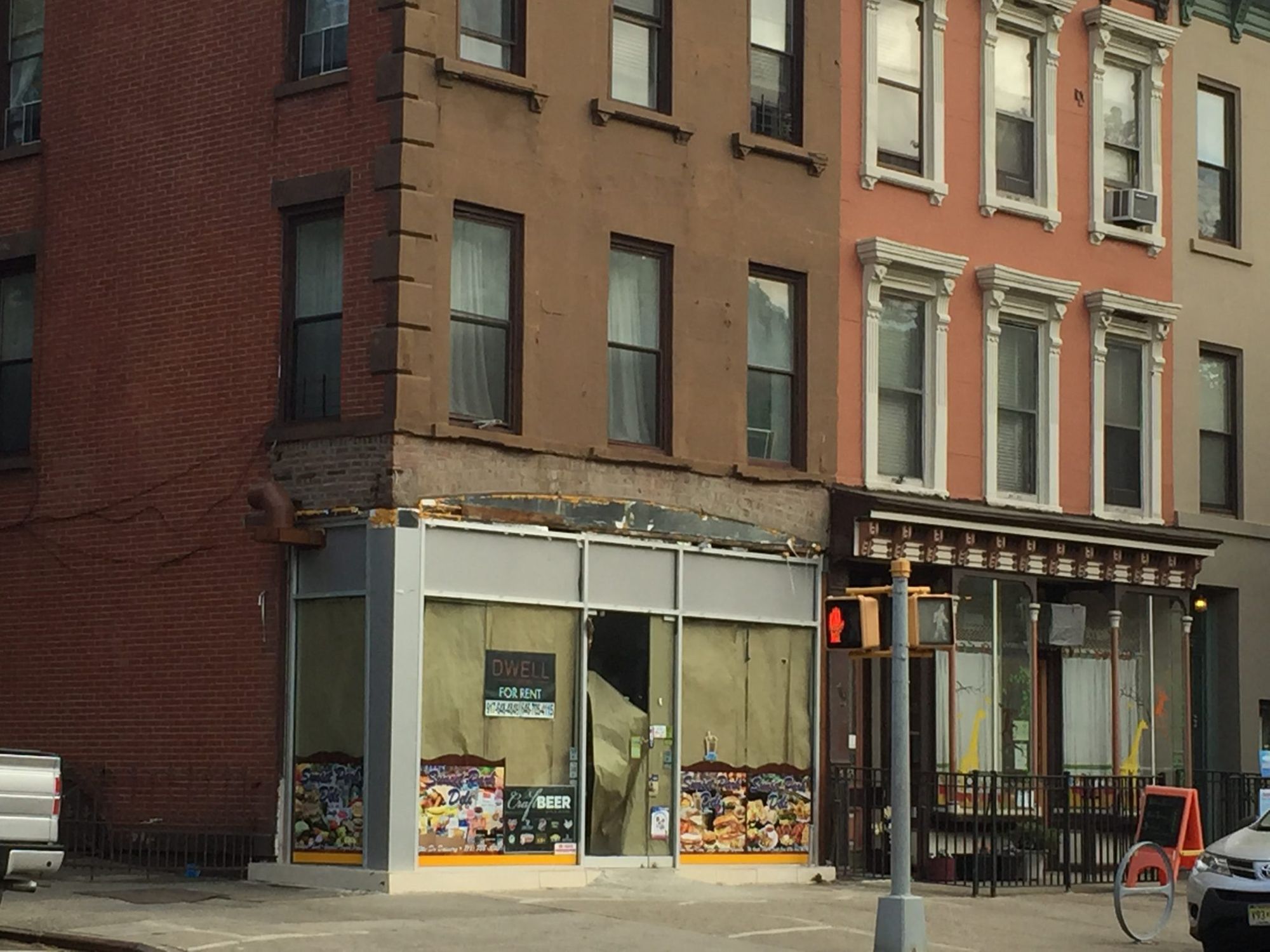 The corner of 6th Avenue and 10th Street has lost another deli, as the one that replaced another has closed after less than a year in the space. The Sunset Park Deli, which opened at 461 6th Avenue at 10th Street last July, is now closed, the windows papered over 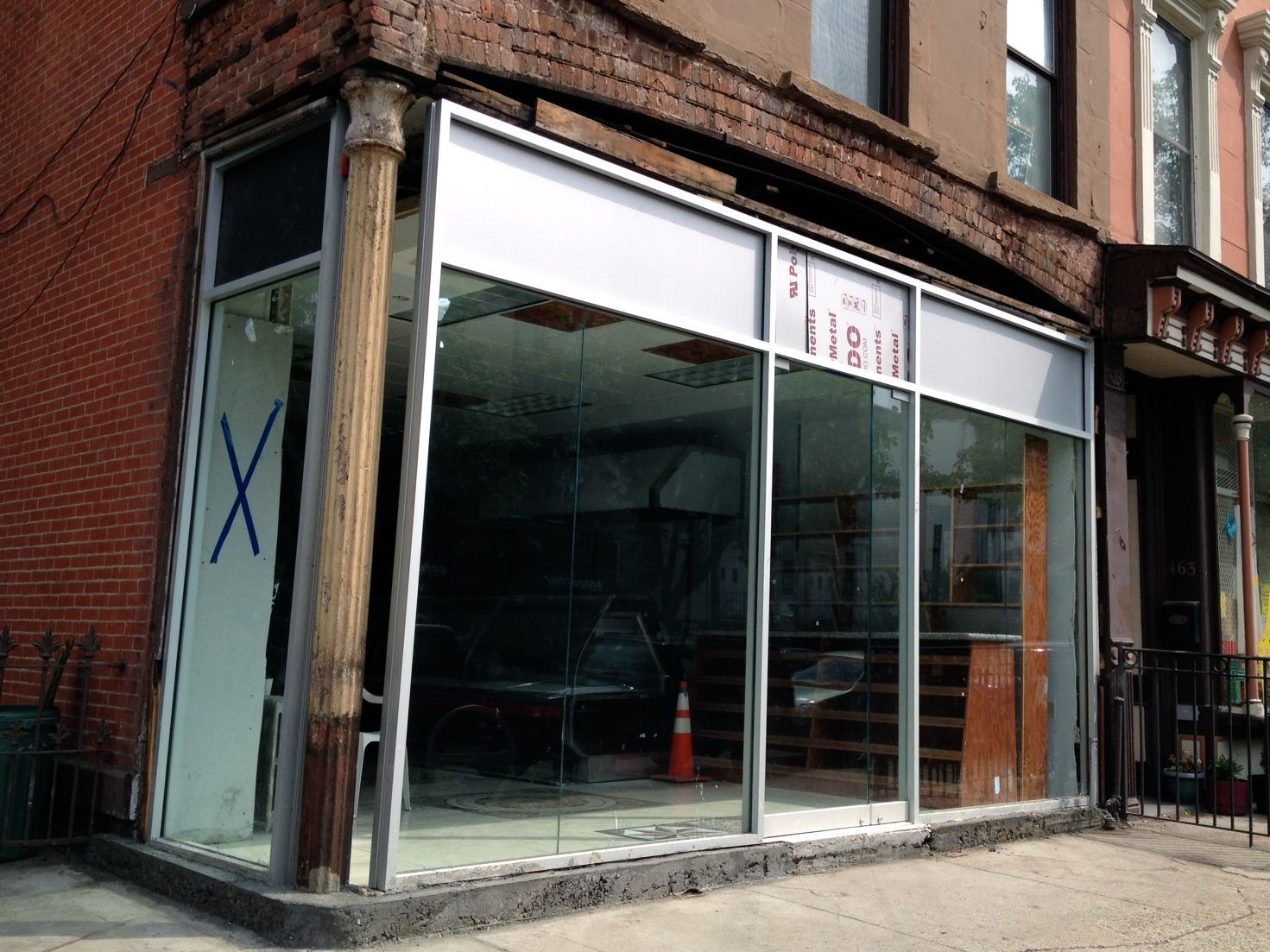 When the deli at 461 6th Avenue, on the corner of 10th Street, shut down a couple months ago, neighbors had various responses. We heard from some who were sad to see the family behind the shop, who travelled here from the Bronx every day for years, move on; others 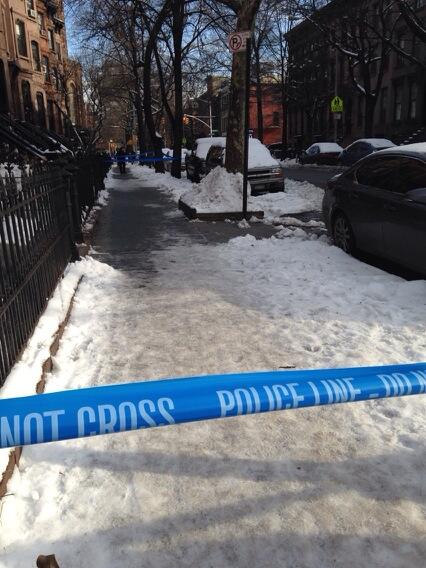 A 40-year-old man is in stable condition after being shot in the leg on 6th Avenue Thursday morning, police say. A spokesman for the NYPD says the victim, whose name has not been released, was shot in the leg in the vicinity of 6th Avenue between St Johns and Sterling 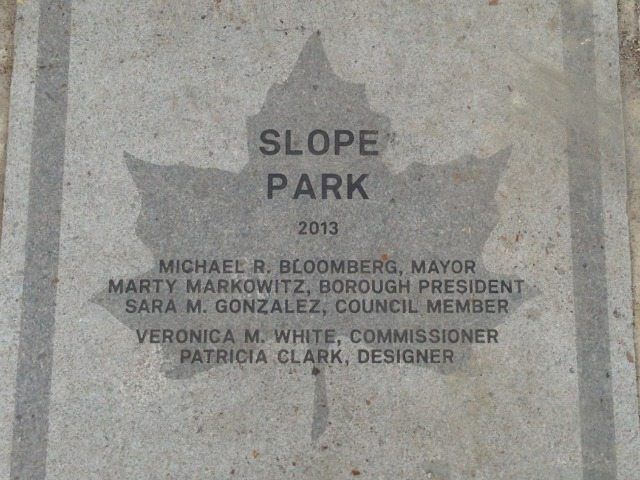 What better way to kick off the morning than with some exciting news? The office of Councilwoman Sara Gonzalez announced on Tuesday that Slope Park (6th Avenue, between 18th and 19th Street) will officially open its gates to our community again on Thursday. We’ll pause for a moment so

A 29-year-old man was reportedly punched in the head as he walked down 6th Avenue near 14th Street around 1pm, on February 7, according to Park Slope Patch. However, we spoke to the NYPD this morning, and they tell us the mugging actually took place at 1am. According to police, 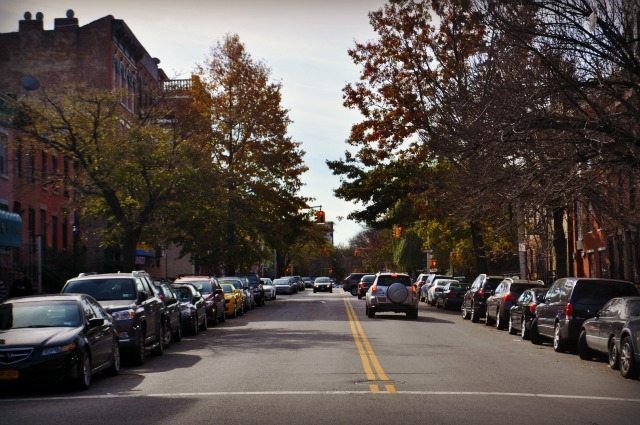 Have a stellar photo to share? Send it to editor@bklyner.com or add it to the South Slope News Flickr Group, and we’ll post it to the site. 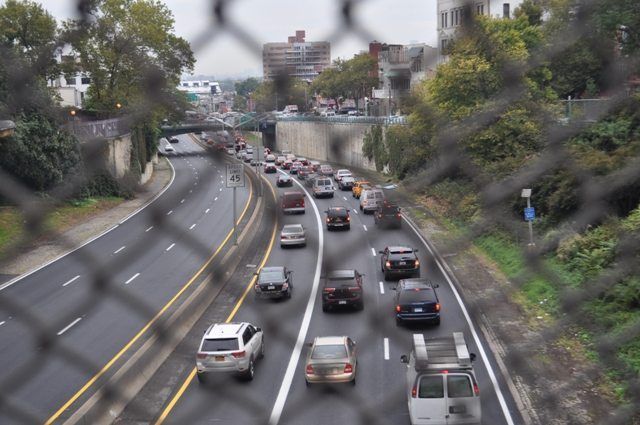 Sure there was rain and traffic, but look at the bright side….it’s finally Friday! Taken above the Prospect Expressway at 6th Avenue. Have a stellar photo to share? Send it to editor@bklyner.com or add it to the South Slope News Flickr Group, and we’ll post

Farsund, Norway (from farsund-norway.com)We were a bit torn in deciding whether or not to write up an event that will be happening in Bay Ridge tomorrow. Earlier this week, the Home Reporter announced a joining of the historically Scandinavian neighborhood of Bay Ridge with a town named Farsund