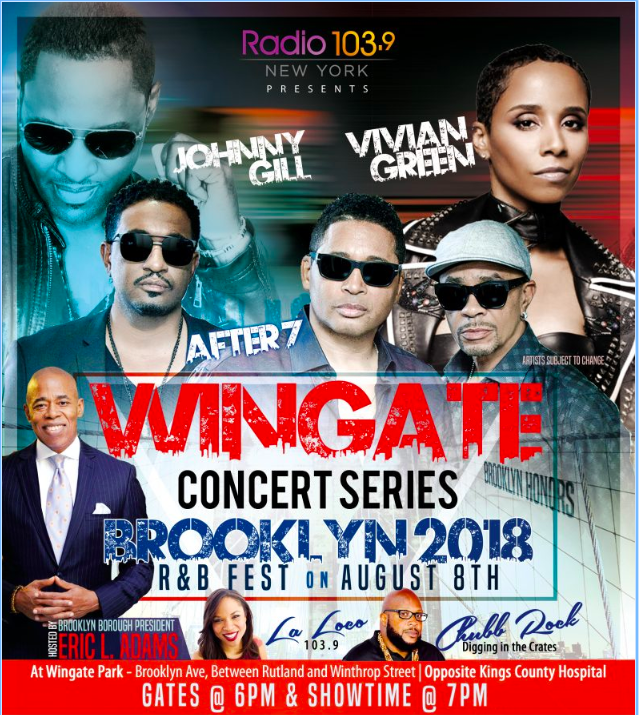 The series kicks off this Wednesday, August 8 with a R&B Fest hosted by 103.9 WNBM-FM radio personalities La Loco and Chubb Rock and live performances by Johnny Gill, After 7, and Vivian Green. 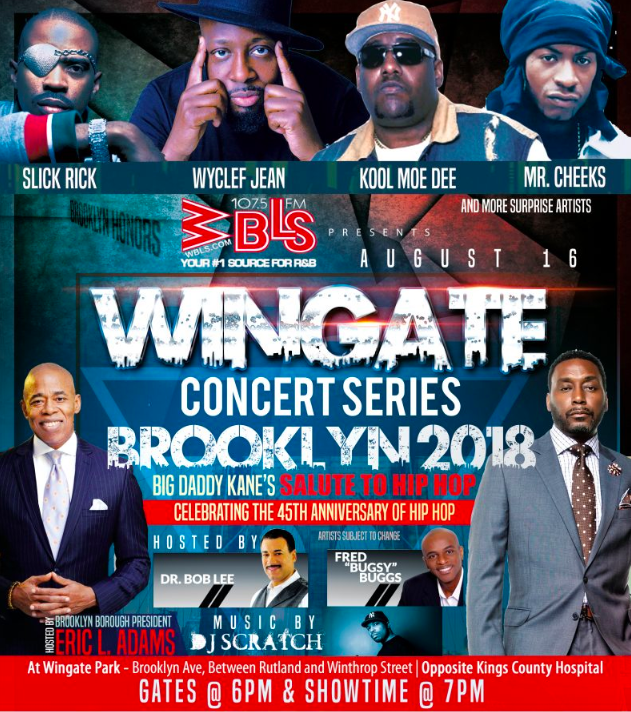 Co-presented with WBLS-FM, the final show of the series on Thursday, August 16 will celebrate the 45th anniversary of hip-hop and feature live sets by Wyclef Jean, Slick Rick, Kool Moe Dee, Mr. Cheeks, and a special performance by Brooklyn’s own Big Daddy Kane!

The plug was almost pulled on the beloved concert series, formerly known as the Martin Luther King Jr. Concert Series at Wingate Field, last year following a a lawsuit against the non-profit concert organizers for unpaid credit card fees.

“I thank Make Music New York, Globe Star Media-N-Entertainment, and all of the other sponsors and partners for making this great musical event a success, which will entertain and inspire the hearts and minds of thousands of Brooklynites,” Adams said in a statement announcing the shows.

Visit brooklyn-usa.org for more information on the Wingate Concert Series 2018.