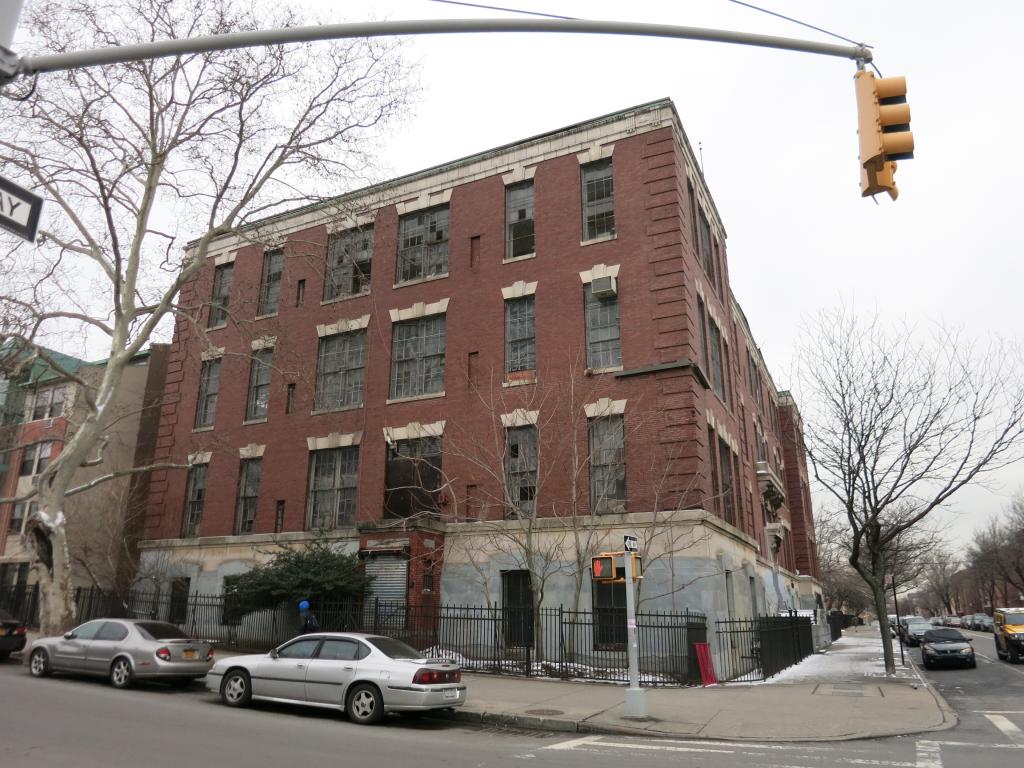 Located at 1634 Dean St. at the corner of Schenectady Ave., the building closed two decades ago. Now the plans propose gut renovations and turning it into 62 affordable units, while maintaining the original facade.

The affordability is based on a low to moderate mix of area median income (AMI), according to a spokesperson for the developer, the anonymous 1634 Dean St., LLC. Developers will take advantage of the city’s Article XI tax exemption, but would not confirm unit split or size details. The project will move forward as an “as-of-right” project without a city variance or land use review.

Bklyner reporting is supported by our subscribers and:

“It benefits the community,” said project manager Mamadou Davis. “The developer negotiated with a charter school and tried to maintain the current use of the building but the negotiations fell through.”

The building site was once home to the African School first established in 1839, and then more popularly known as Colored School No. 2 — one of four segregated schools established by black educators, according to a Brooklyn Historical Society article. After the Civil War, the school was renamed P.S. 83 and is credited as being the first integrated school.

During the 1930s, Renaissance Revival structure was again renamed the Isaac Newton School. By 1978, the city sold the school for $1, according to Brownstoner.

The building last functioned as Bethel African Methodist Episcopal (A.M.E.) Church but has remained abandoned for the past 20 years. Developers 1634 Dean St., LLC purchased the property in 2016 for $1,275,000 million from the church.

Developers will submit permits to the Department of Buildings as early as mid-May.

BYOBaBY FOR Fun and friendships!

How many bushels am I worth?