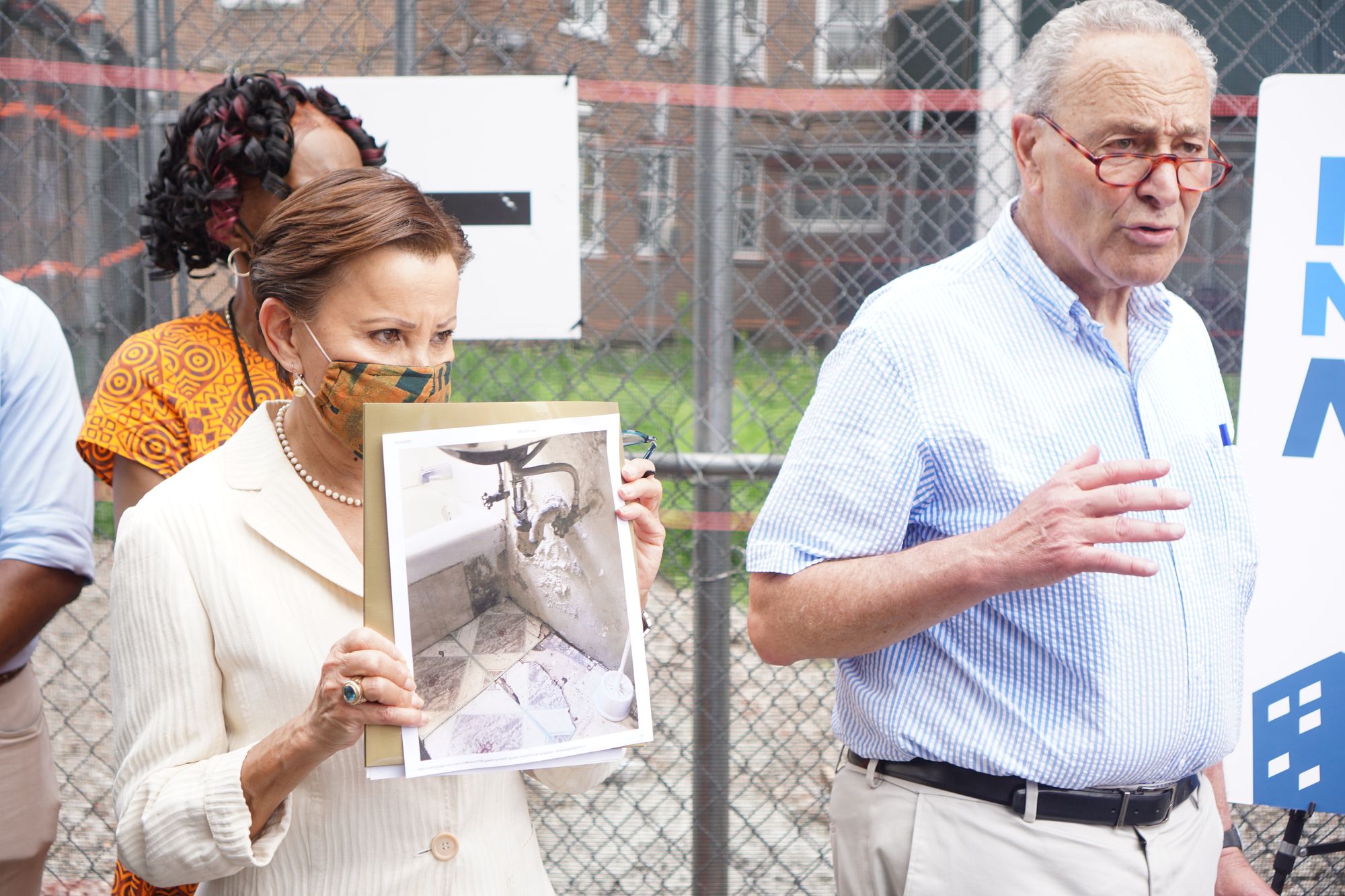 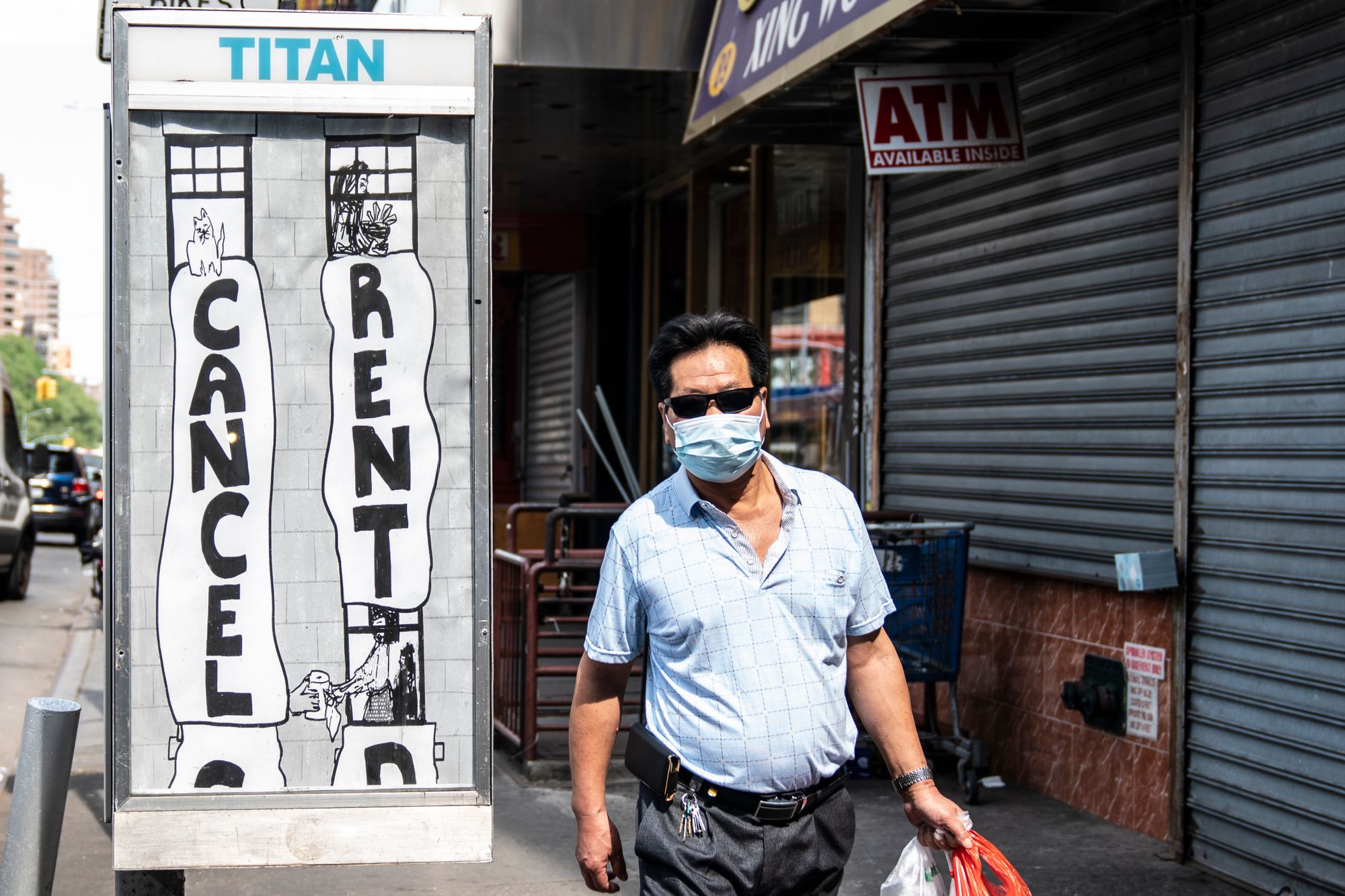 By Allison Dikanovic, THE CITY. This article was originally published by THE CITY “Cancel Rent” poster inside the advertising frame of a phone booth in Two Bridges on Friday, May 29, 2020. | Hiram Alejandro Durán/THE CITYThis article is adapted from the Rent Update newsletter that focuses on the issues 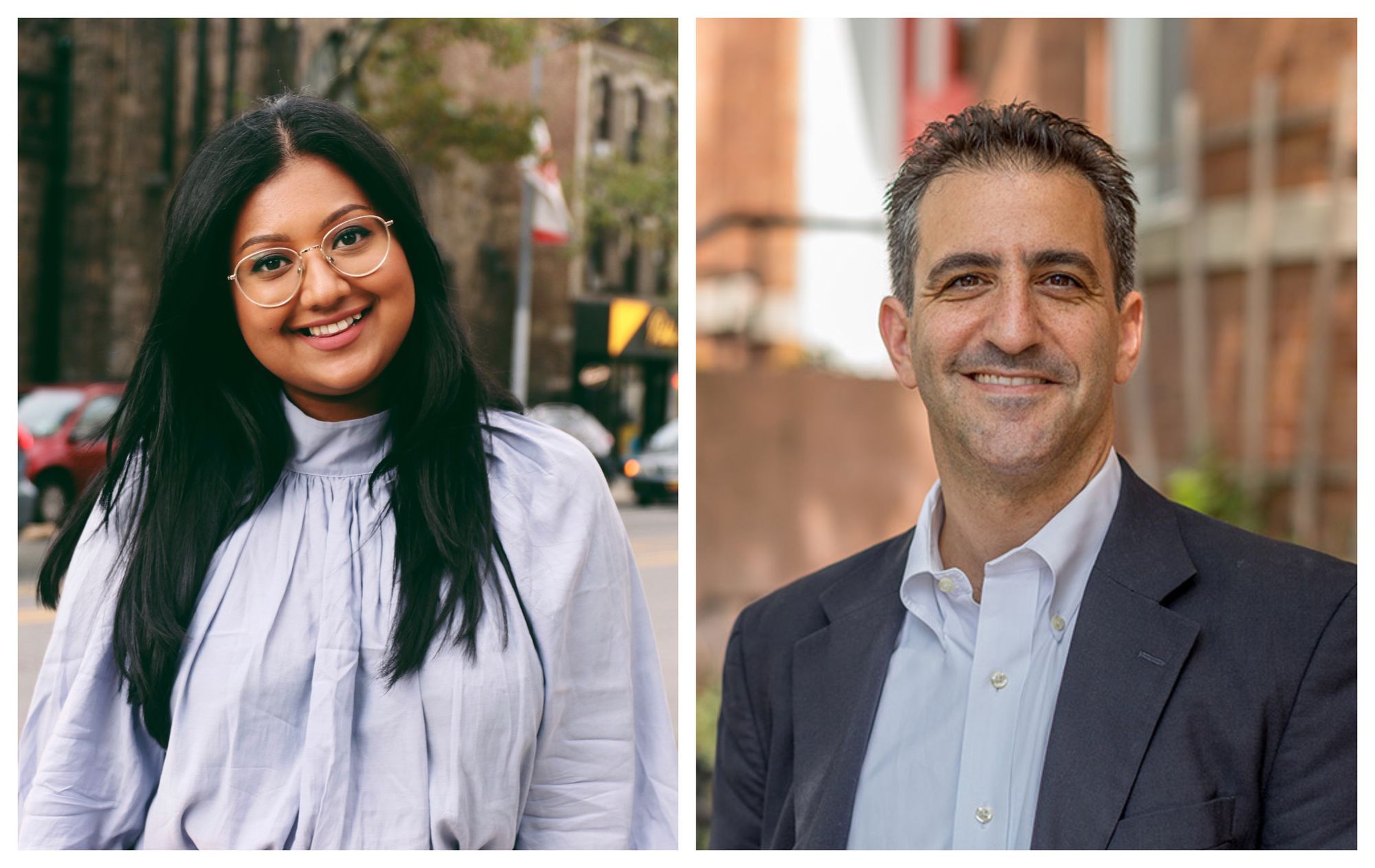 Does landmarking make neighborhoods more affordable or more expensive? Some Park Slope council candidates can’t seem to decide. At a debate on Sunday, seven candidates seeking to replace term-limited Brad Lander in the Council District 39 seat were asked if they would support expanding the Park Slope Historic District, 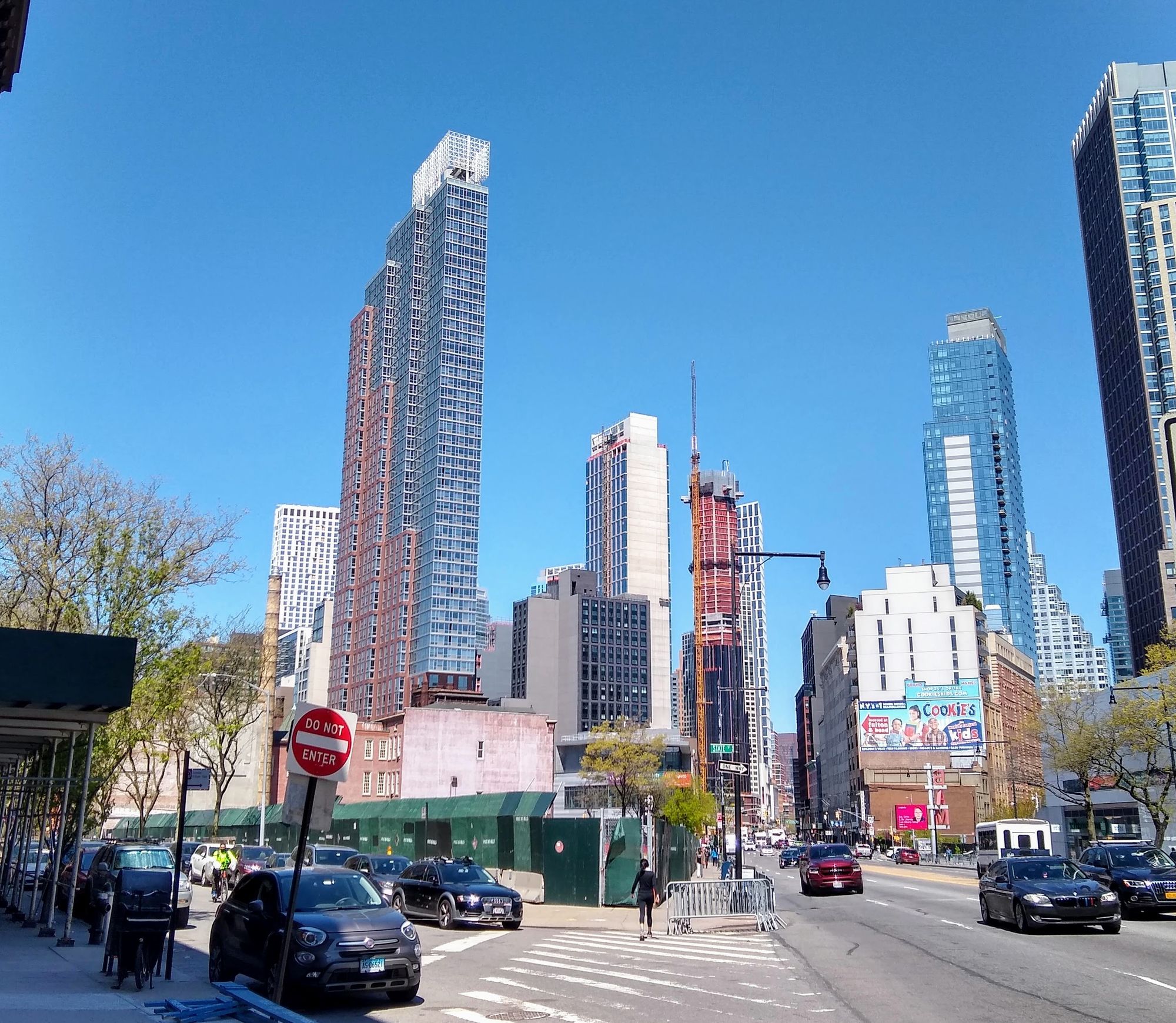 The 80 Flatbush parcel from the corner of Flatbush Avenue and State Street, looking up Flatbush. A 44-story, 480-foot tower should launch within the next months. Photo by Norman Oder/BklynerThe 80 Flatbush project, in Downtown Brooklyn at the edge of Boerum Hill, is set to finally start construction on 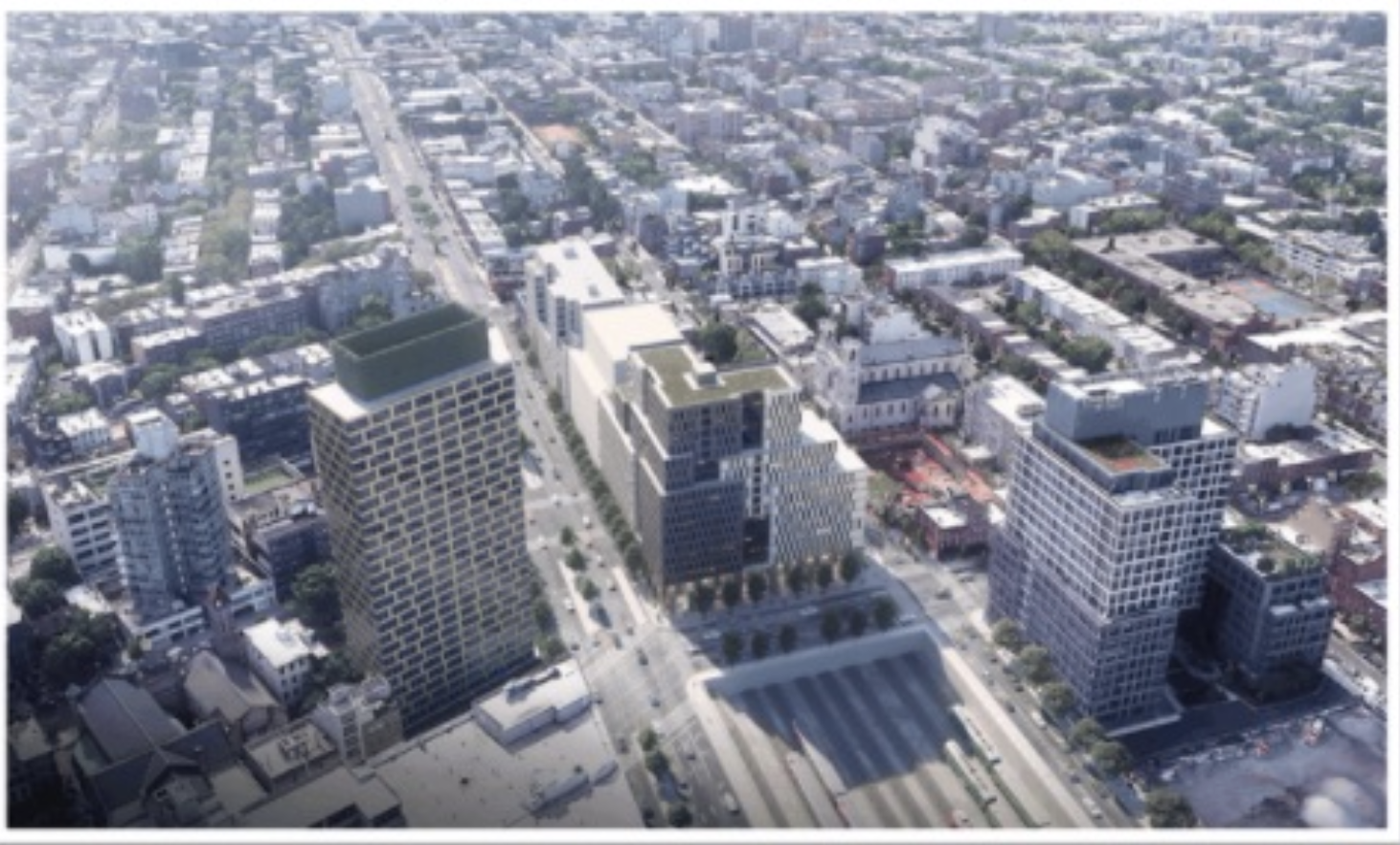 Developer’s argument that corner site deserves more density.The developers of 840 Atlantic Avenue, a proposed 18-story residential tower at the southeast corner of Vanderbilt Avenue, have for months sought Community Board 8 (CB8)’s support for upzoning a site occupied mainly by a drive-through McDonald’s and limited 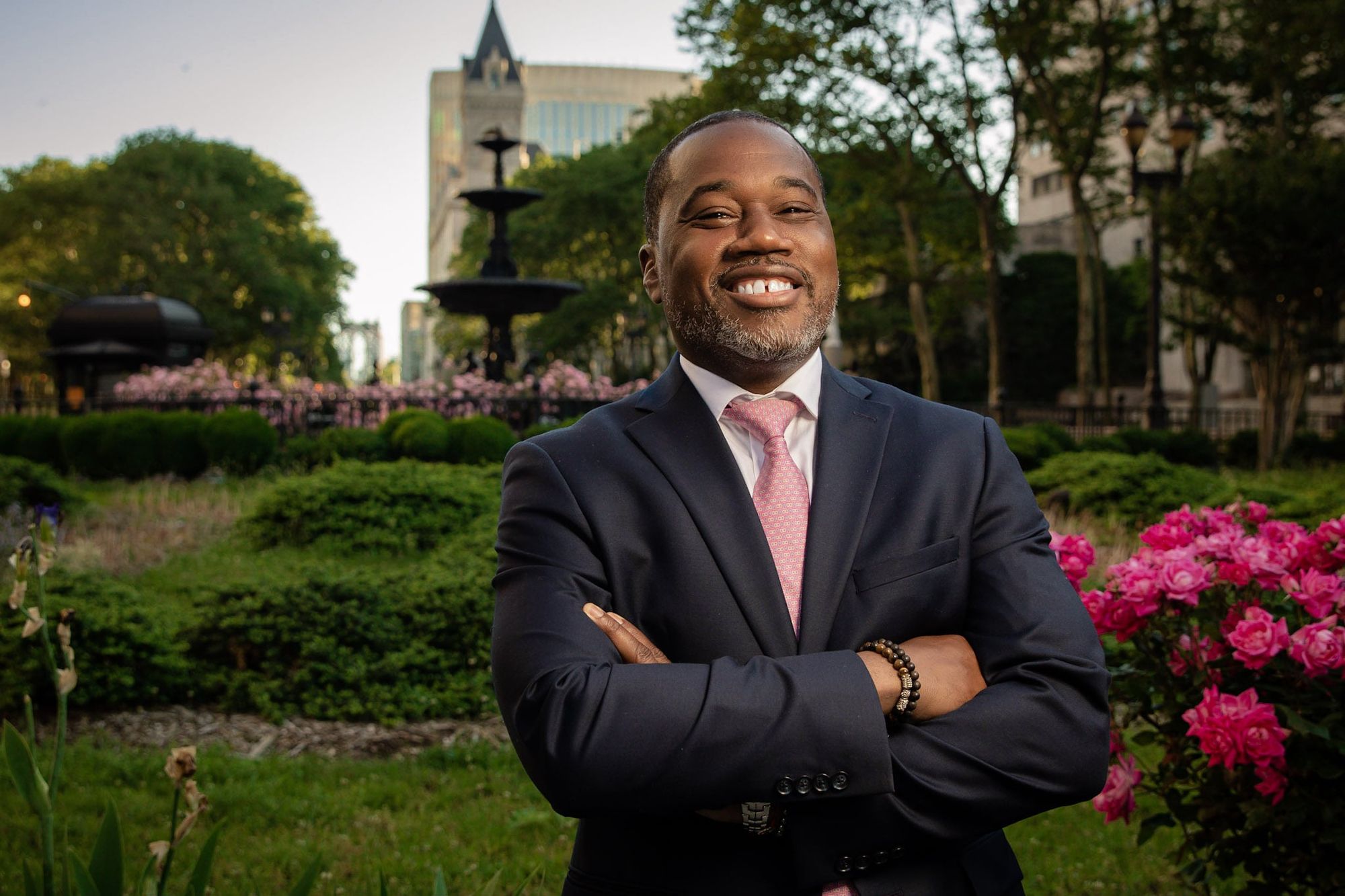 By Khari Edwards, candidate for Brooklyn Borough President Let’s assume you are single, living in Bedford-Stuyvesant, and desperately in need of housing because your current building is slated for demolition to make way for new construction. Your income from working full-time at a nonprofit is $35,000 per year. 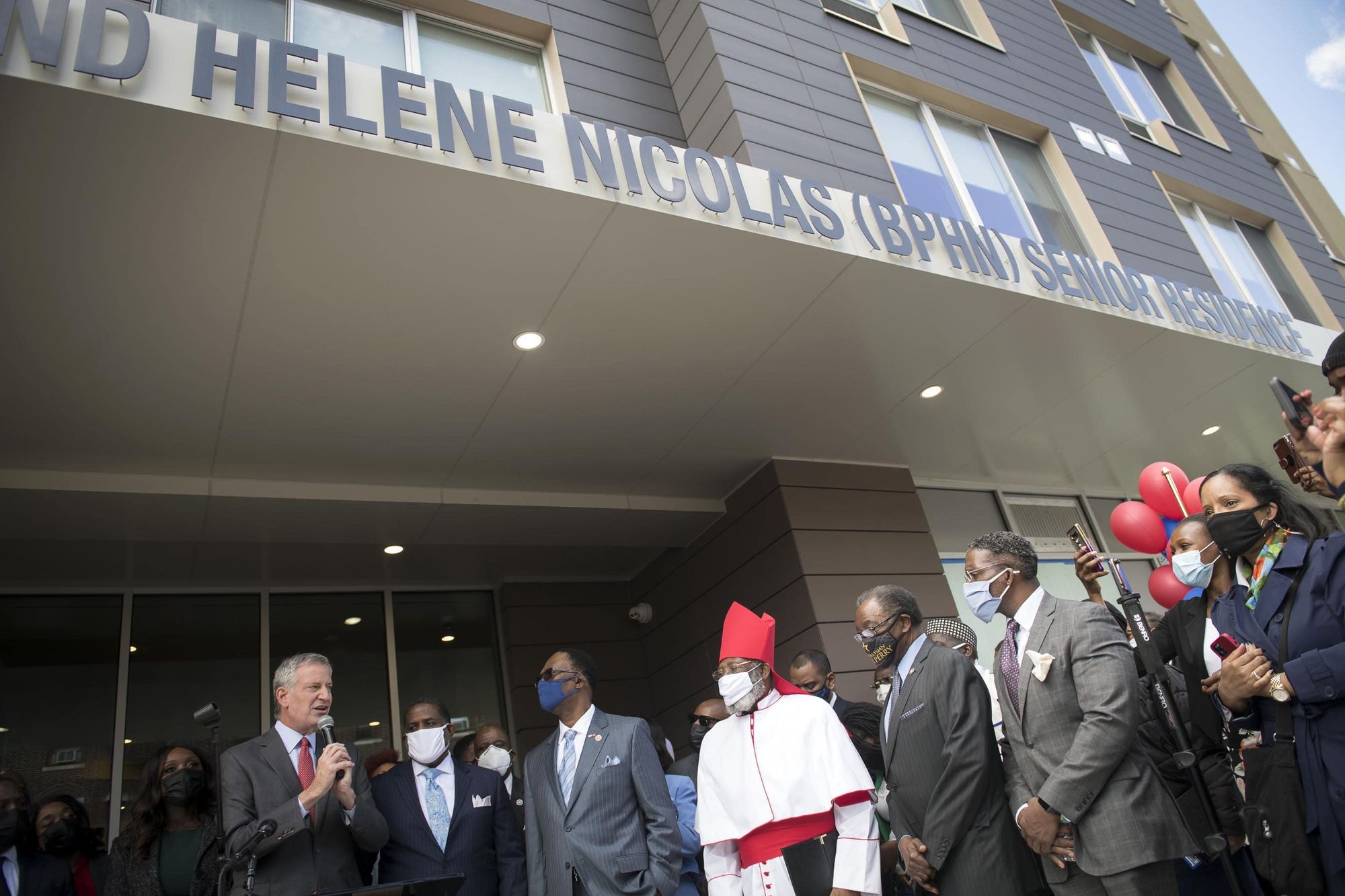 Bishop Philius Nicolas, the founder of Evangelical Crusade Church, speaking at the celebration of the affordable housing that he championed along with his wife Helene Nicolas for low-income seniors. Mukta Ahmad/BklynerBishop Philius and Helene Nicolas (BPHN) Senior Residence at the corner of New York Ave and Farragut Road is 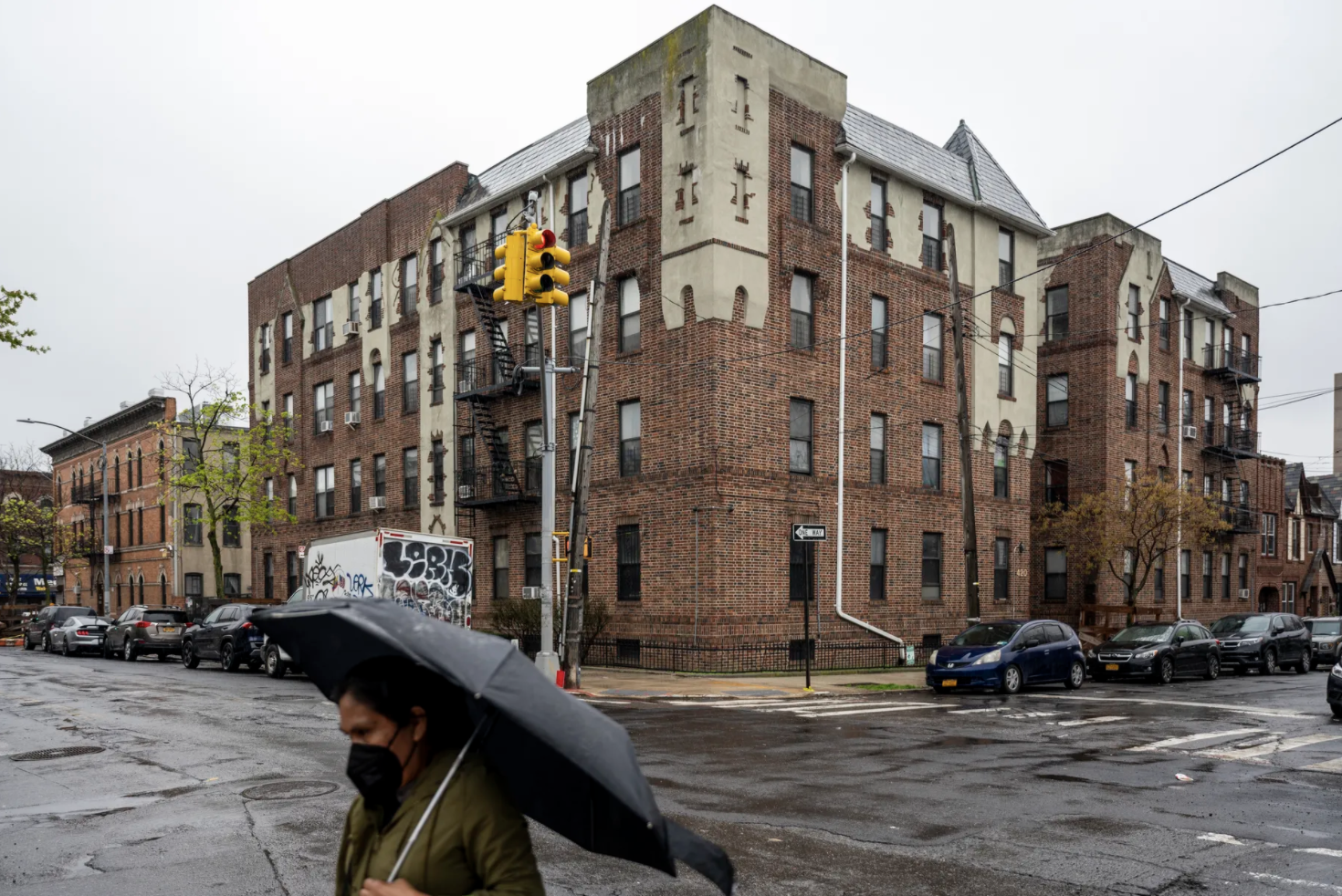 A pedestrian crosses the street near 420 Stockholm St. in Bushwick. | Hiram Alejandro Durán/THE CITYBy Gabriel Sandoval and Hiram Alejandro Durán, THE CITY. This article was originally published by THE CITY A Brooklyn nonprofit that entered a limited partnership agreement with an investor to renovate affordable housing in Bushwick 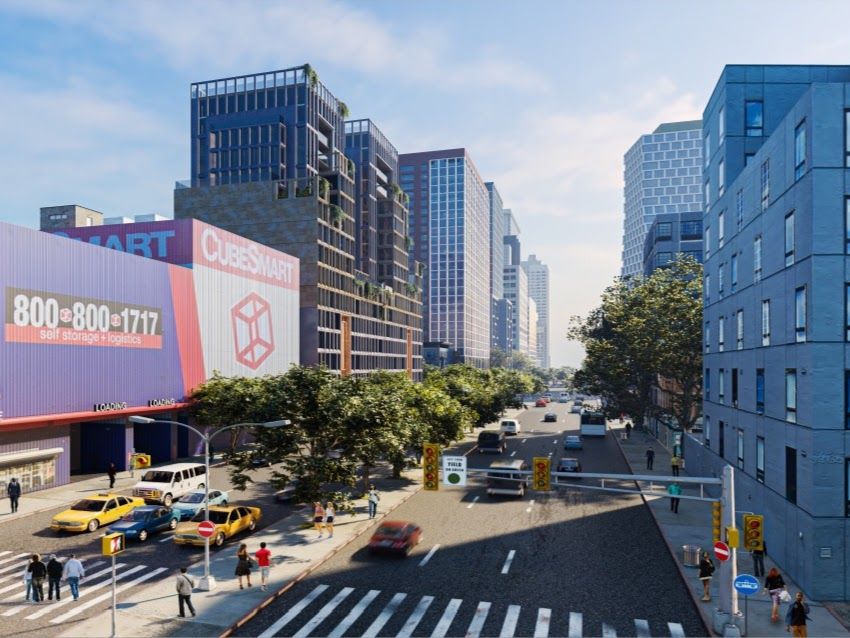 Auguring a striking remake of dowdy, underutilized Atlantic Avenue east of Vanderbilt Avenue in Prospect Heights and Crown Heights, developers have proposed two 17-story residential towers, one nearly adjacent to the previously proposed 18-story tower planned for a site occupied mainly by a drive-through McDonald’s. A view of 870-888 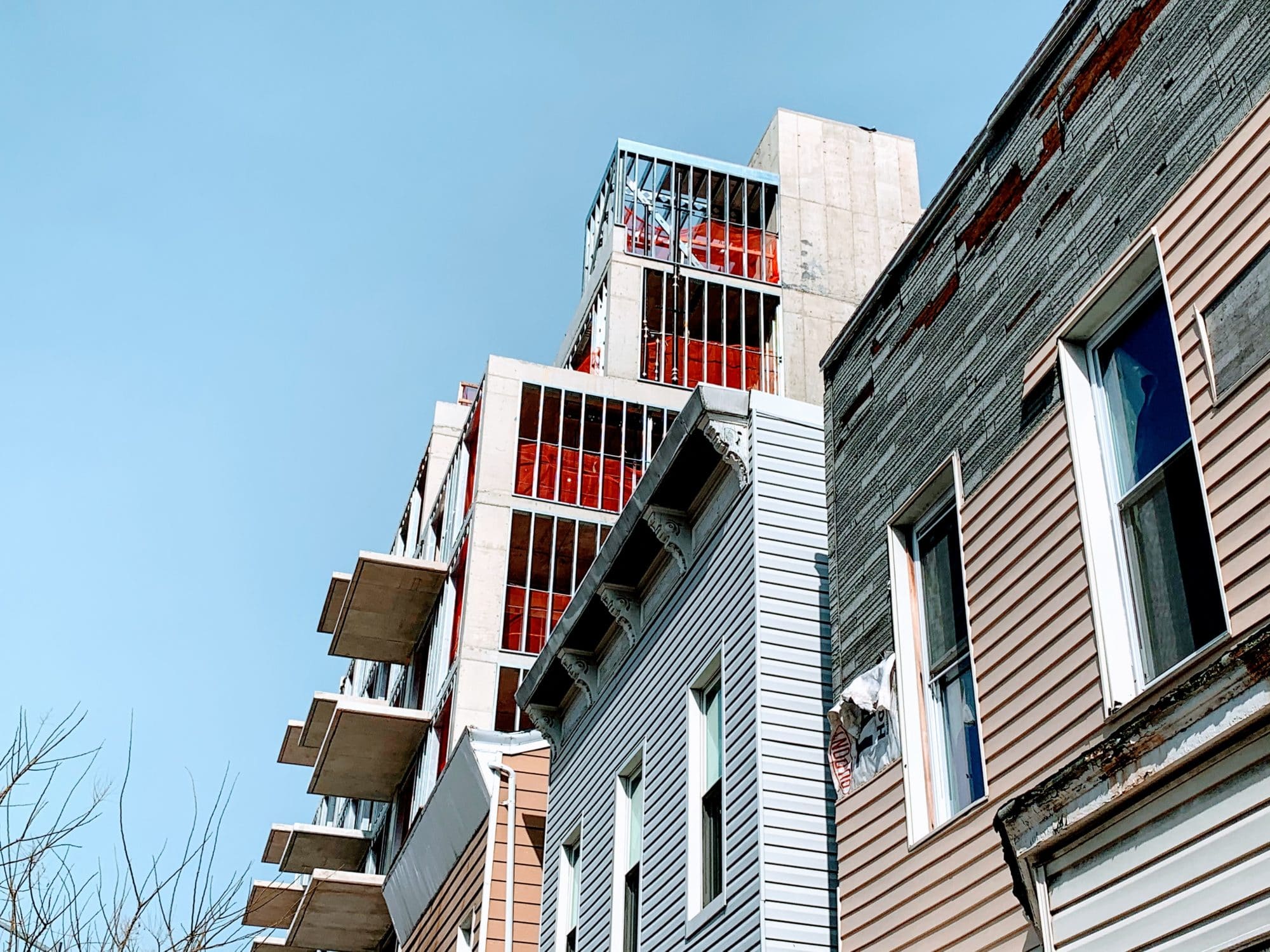 Central Brooklyn. Liena Zagare/BklynerBy Michelle Neugebauer To create a fairer, more equitable New York, our next mayor needs to address Brooklyn’s affordable housing crisis. It is a dire situation: the median monthly asking monthly rent in the borough is $2,395, despite a pandemic-driven drop in median rent. 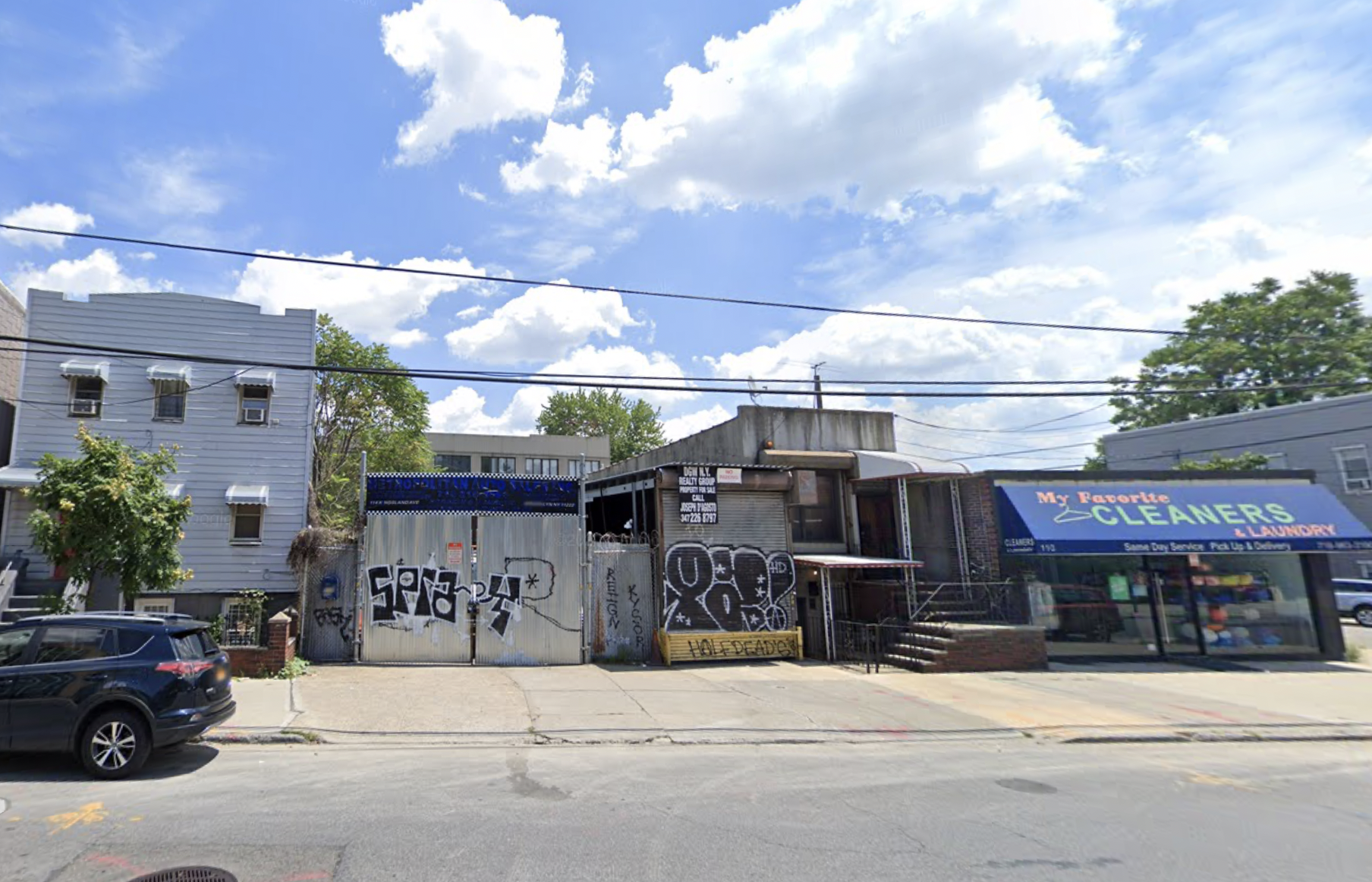 114 Kingsland Avenue (Image: Google Maps)IMAGE A proposal for a four-story apartment development in East Williamsburg is facing resistance from the local community board over larger concerns about a loss of manufacturing space in Brooklyn. Solomon Feder is looking to build eight rental units, all one-bedrooms or studios, on 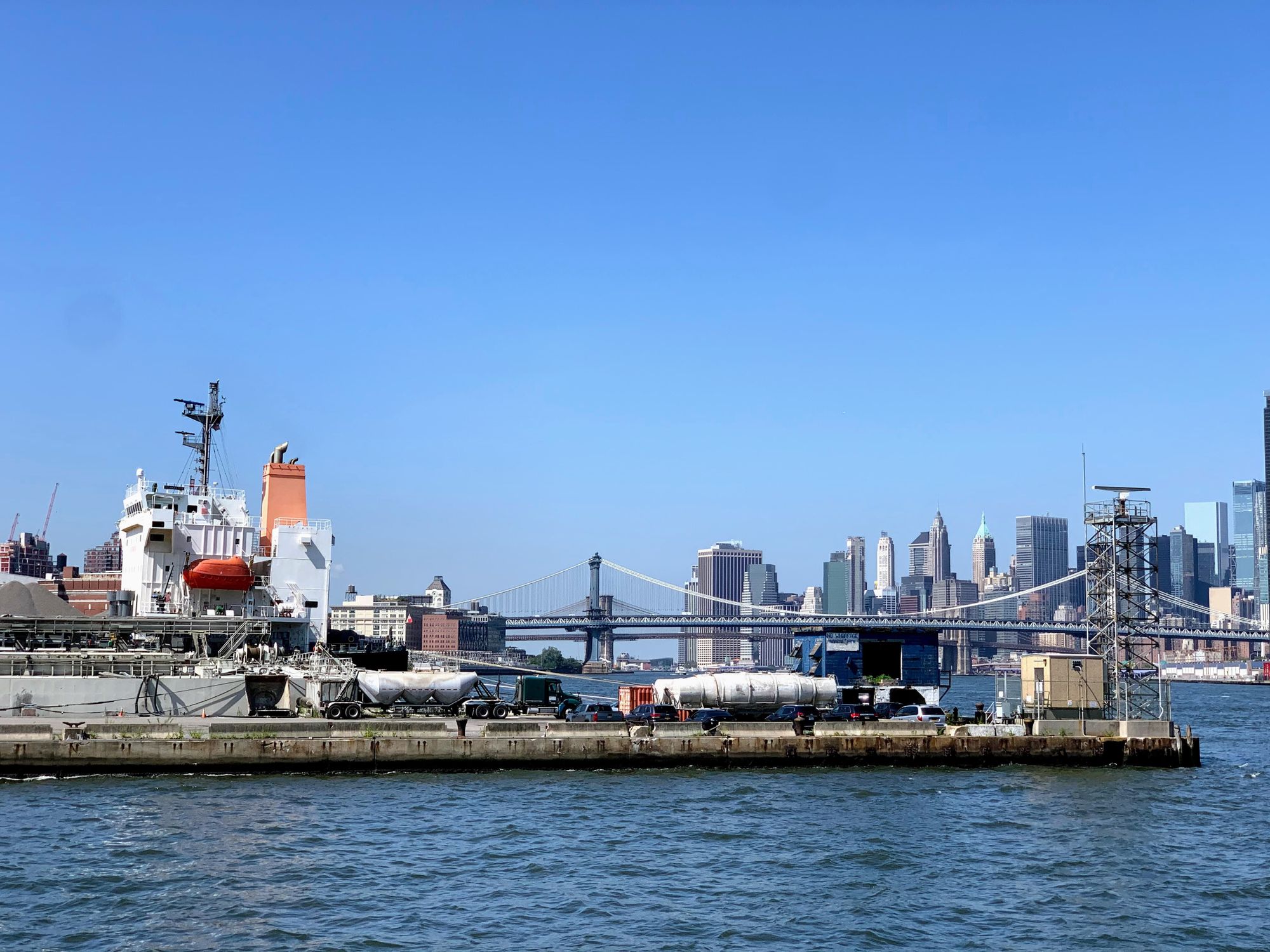 State lawmakers are considering legislation to increase the city’s affordable housing stock, but groups who represent Brooklyn’s working waterfront say it could unintentionally cost the city industrial jobs. The bill, called the “Housing Our Neighbors with Dignity Act,” looks to allow the state to purchase and acquire distressed 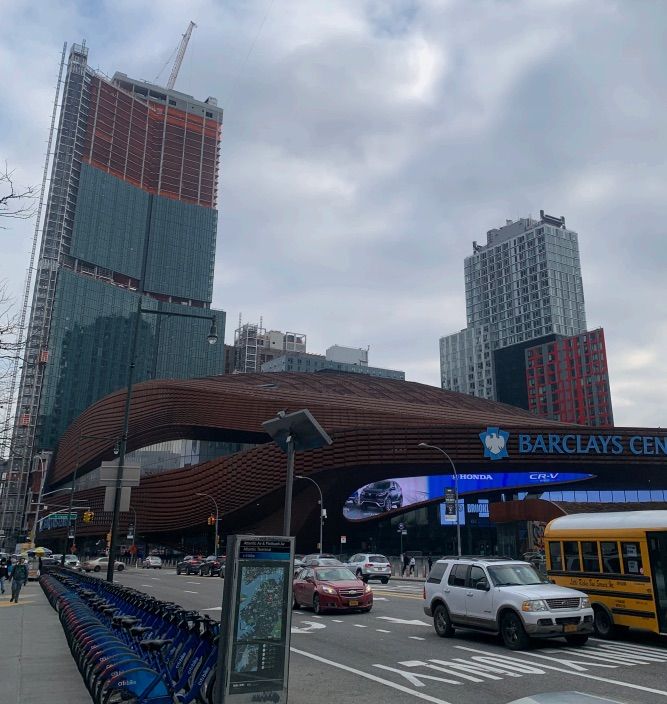 Empire State Development handoutThe largest building so far in Pacific Park Brooklyn, slated to open later this year, is set to deliver 258 affordable units (30%) out of 860 total–but seemingly all for middle-income households, many earning six figures. A studio could rent for $2,155, a one-bedroom for 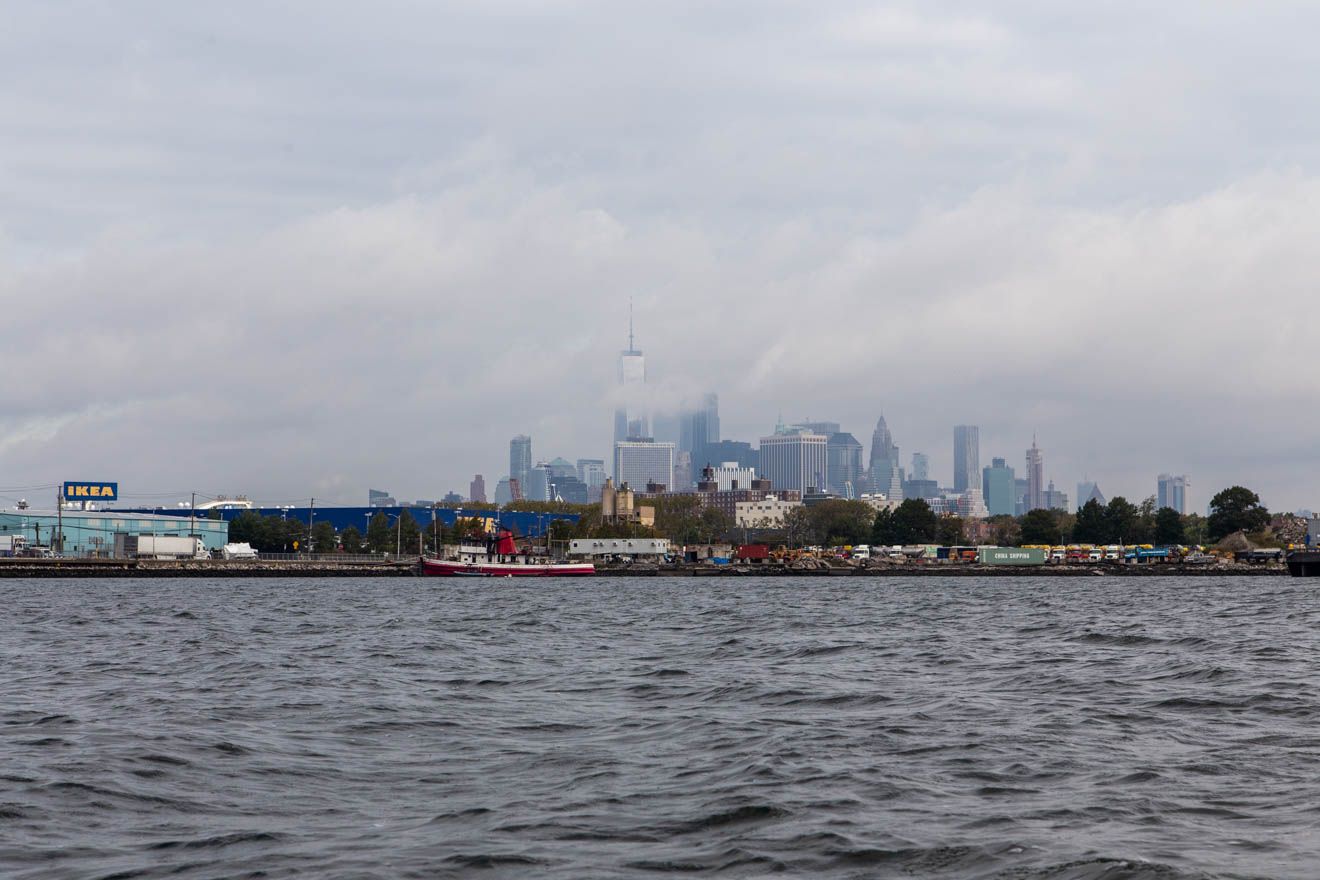 After the storm on the waterfront in Red Hook. (Photo: Michael Appleton/Mayoral Photography Office)Right now, the communities of Sunset Park and Red Hook are being presented with two different, yet similar, proposals for new residential and mixed-use developments. These glass and steel projects are being sold to our 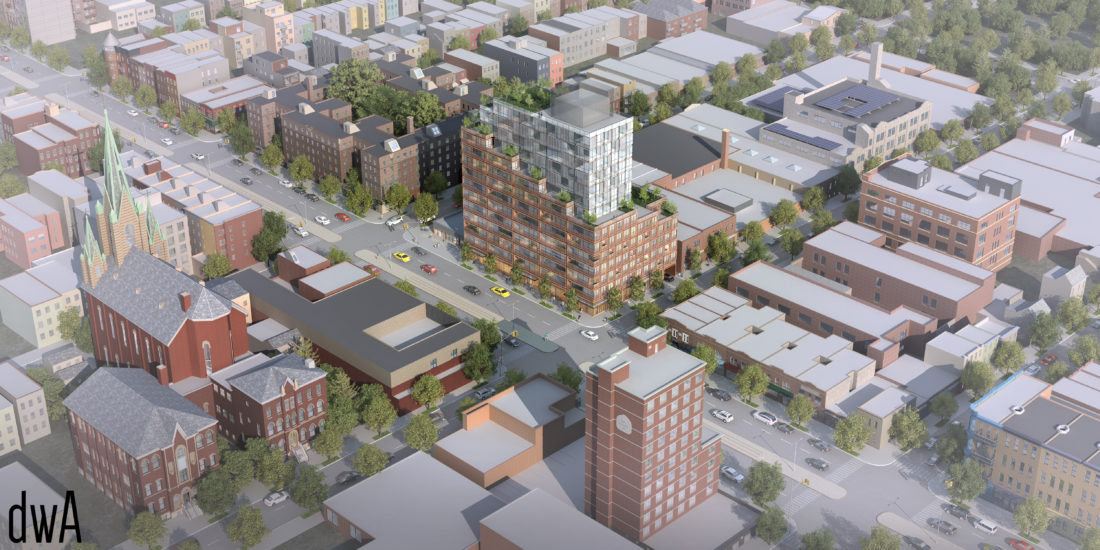 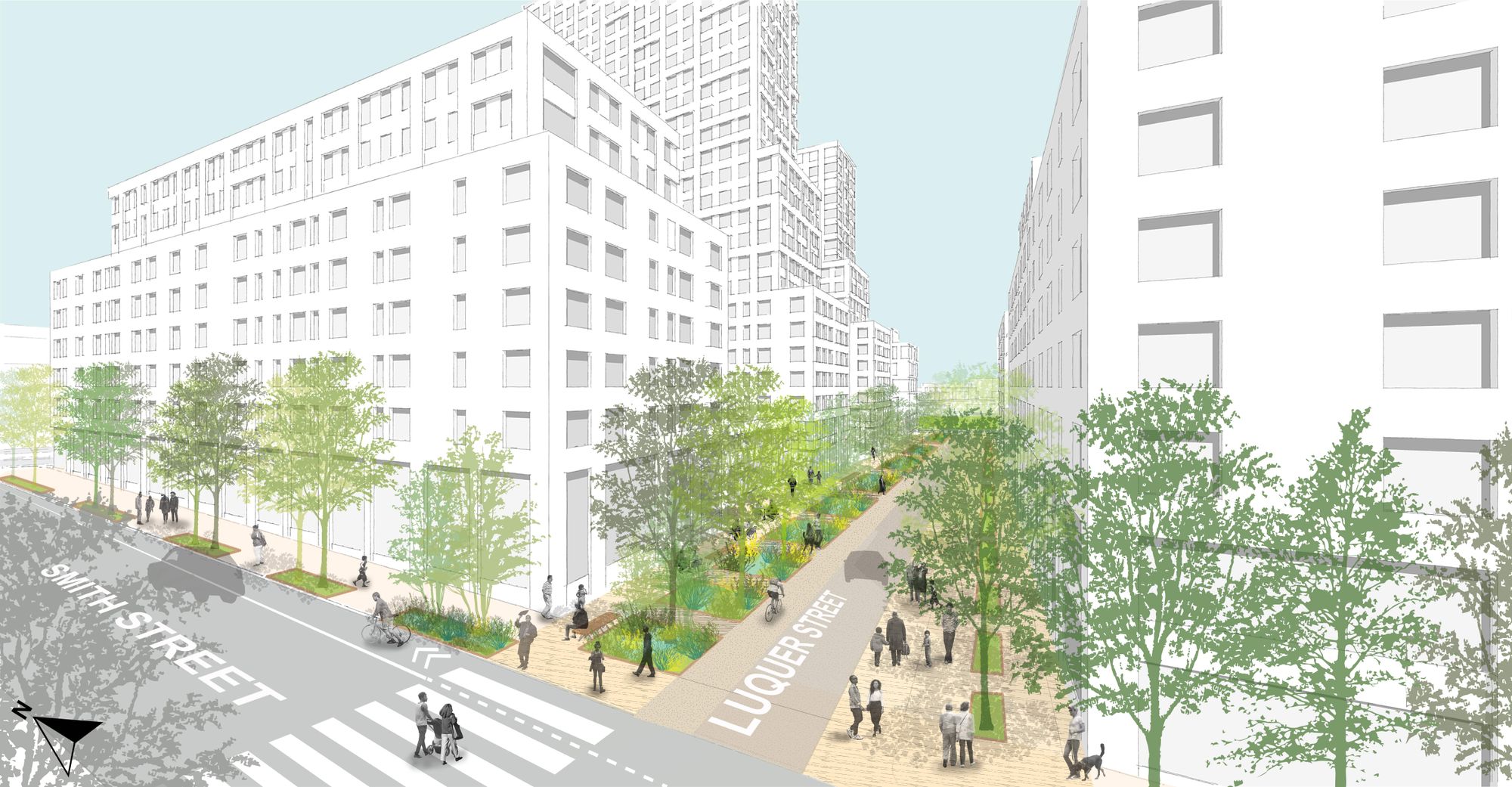 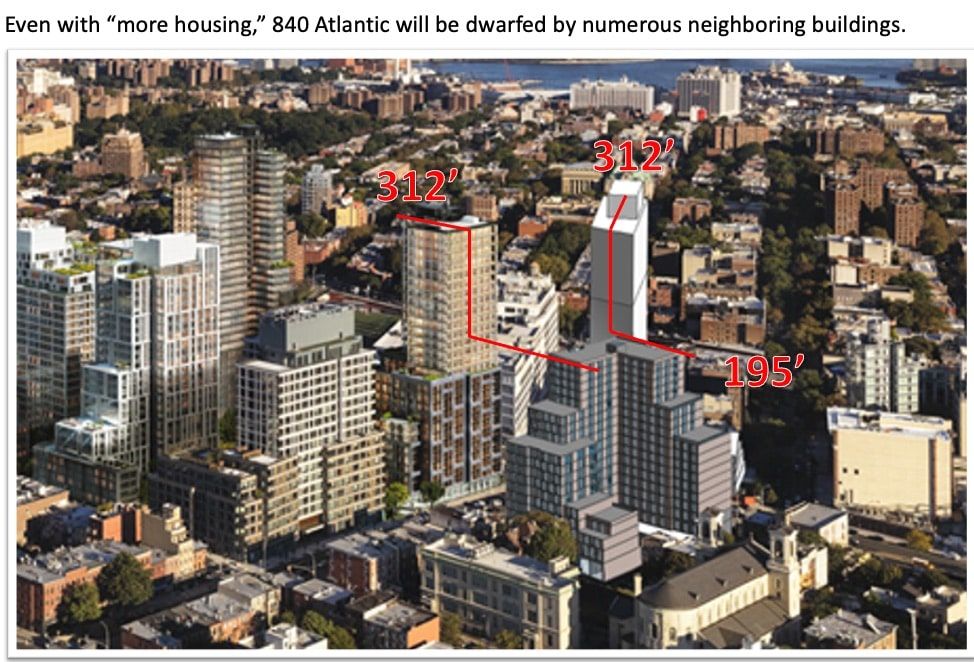 840 Atlantic, rendering and massing plan via EAS.With the clock finally starting on the city’s land-use review process for 840 Atlantic Ave, Community Board 8 again reacted critically to a developer’s application to build an 18-story, 195-foot mostly residential building at the southeast corner of Vanderbilt and 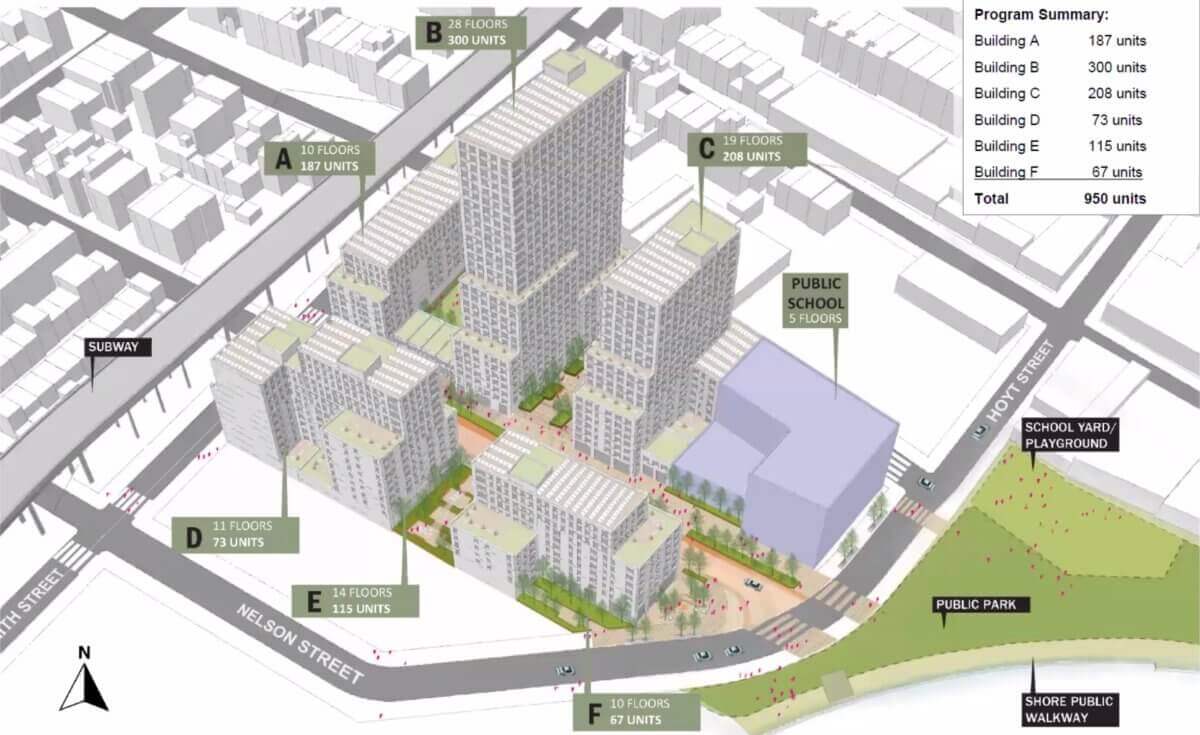 Rendering via Department of Housing Preservation and DevelopmentBy Linda LaViolette, Miranda Sielaff and Nora Almeida, VOICE of GOWANUS Advocates of the proposed Gowanus Rezoning claim that a plan to privatize and develop affordable housing on Public Place (Gowanus Green), the site of a former manufactured gas plant, justifies a massive 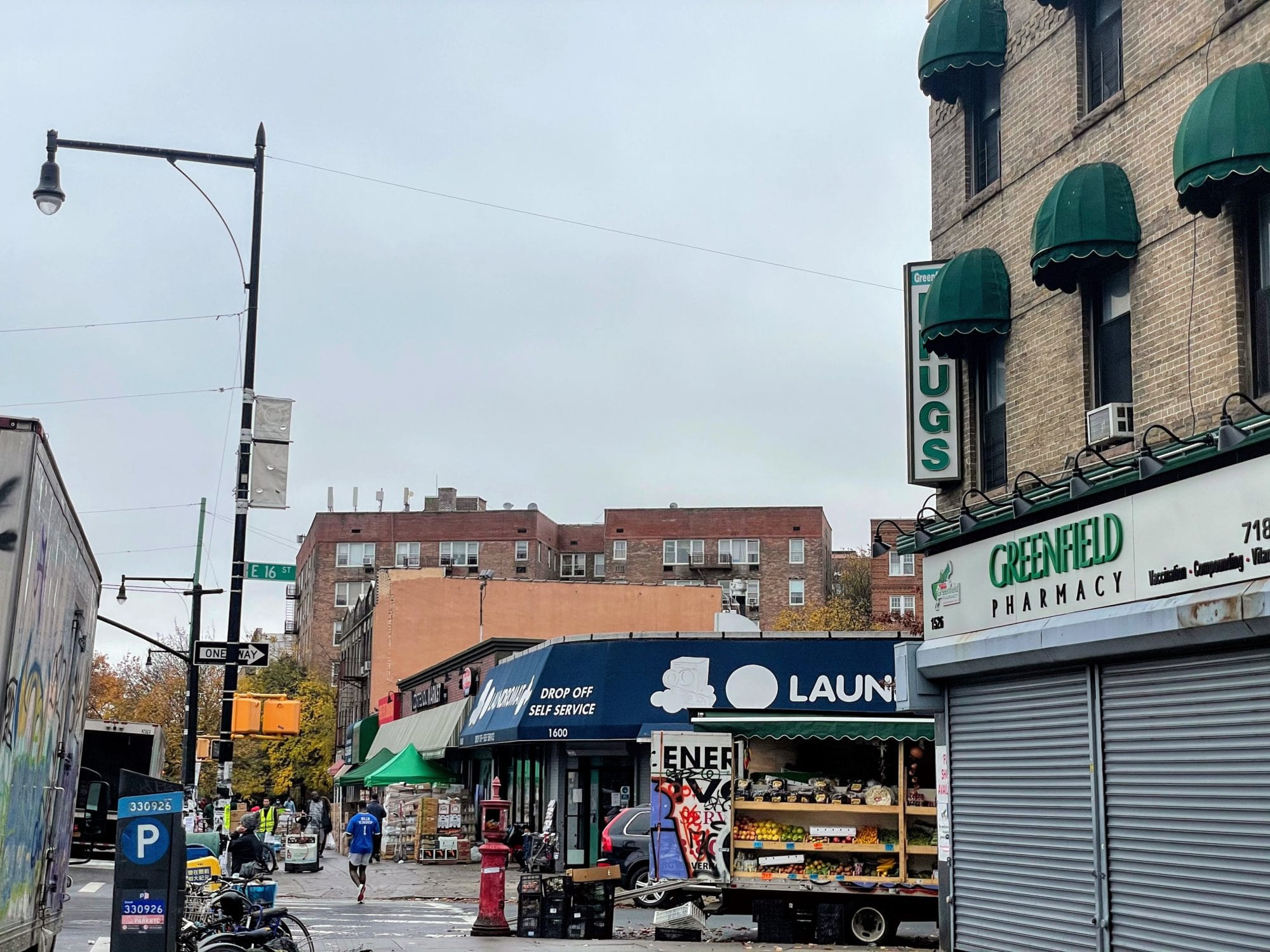 Communities across Brooklyn have been organizing, from Bushwick to Industry City to Gowanus, to oppose development projects that will change their neighborhoods. The neighbors complaining are good people, with legitimate concerns, ranging from equity to impact of shadows. Others are worried about “neighborhood character,” which sometimes means just keeping newcomers 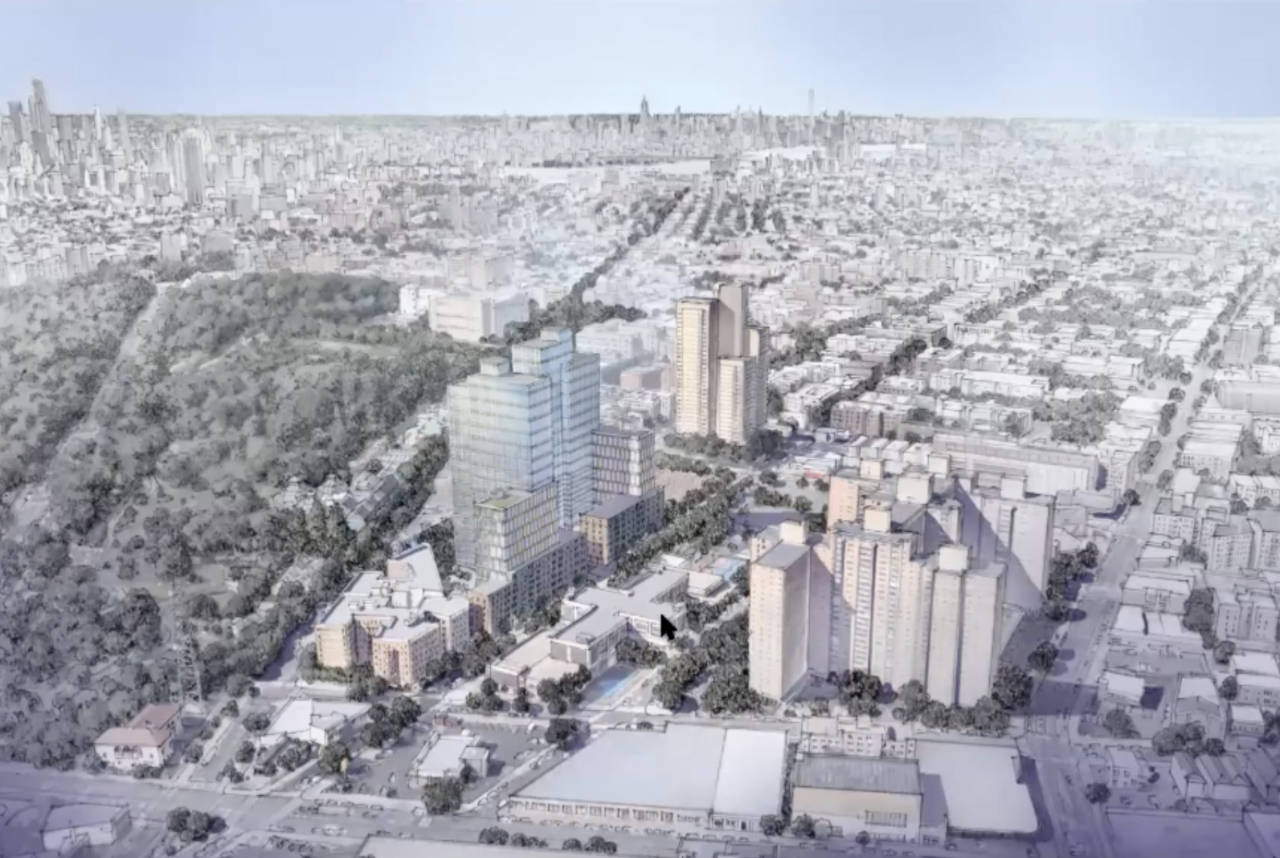 A rendering from a presentation to Community Board 9 on a proposed new development in Crown Heights. | Rendering/Community Board 9 Brooklyn/FacebookThis article was originally published by THE CITY A proposed apartment complex that could overshadow the Brooklyn Botanic Garden may contain no affordable housing under a new alternative 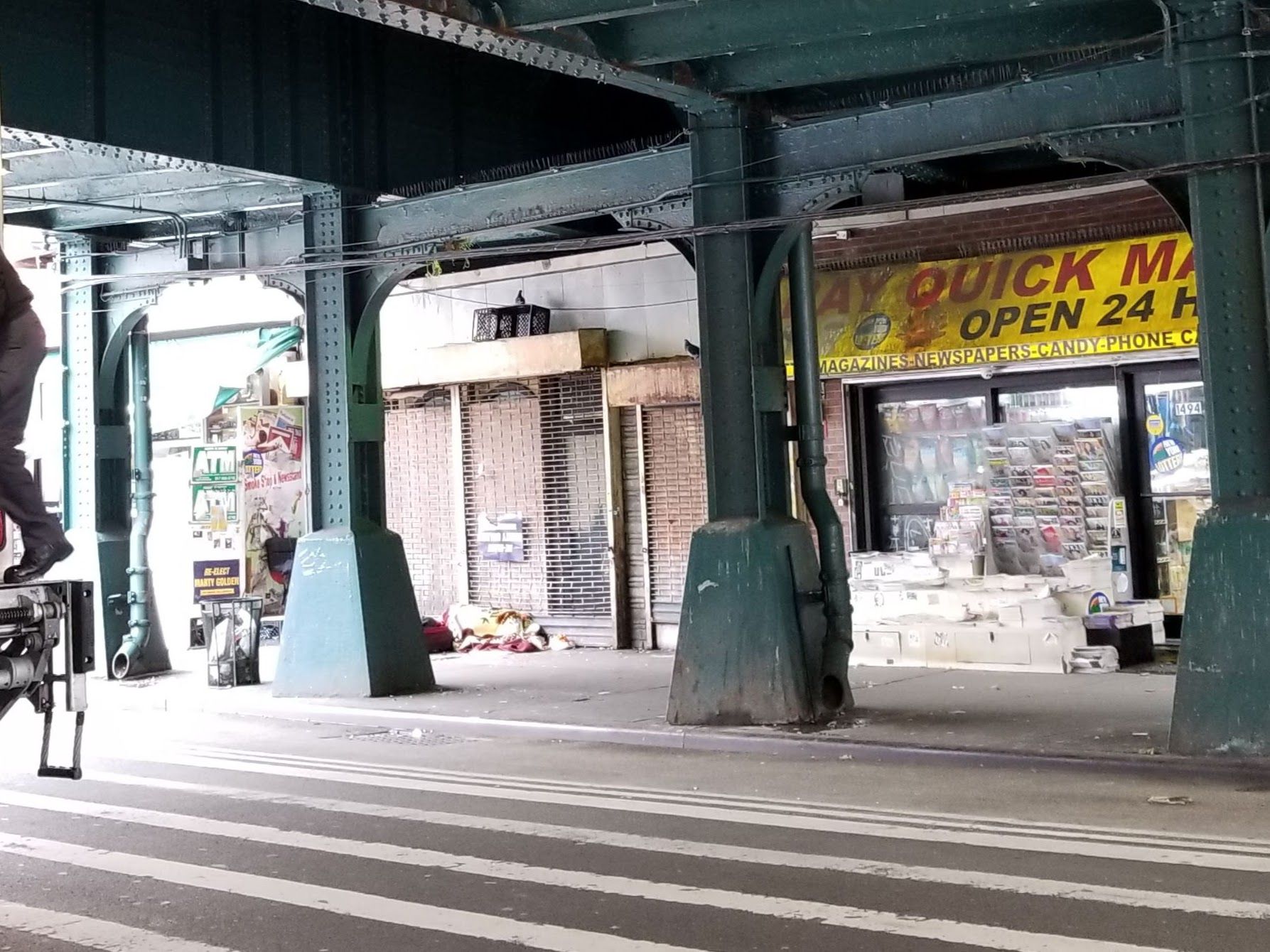 Homeless in Sheepshead Bay. October 2018. Liena Zagare/BklynerThe last seven years, for most New Yorkers, have felt like we are trapped in a series of unfortunate events, starring our mayor. From his mismanagement of NYCHA, to his $1 billion ThriveNYC scam. From his destruction of small businesses, to his 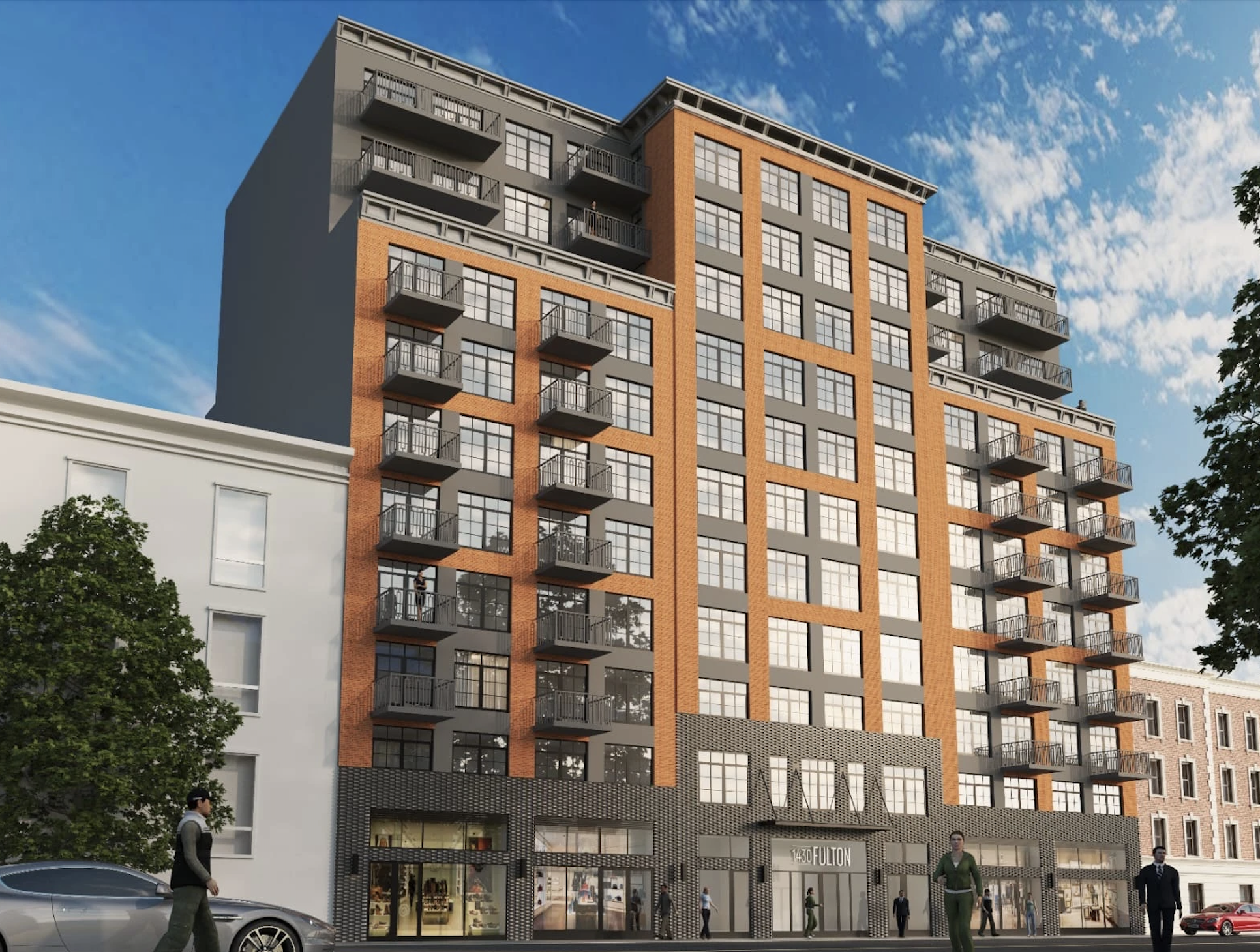 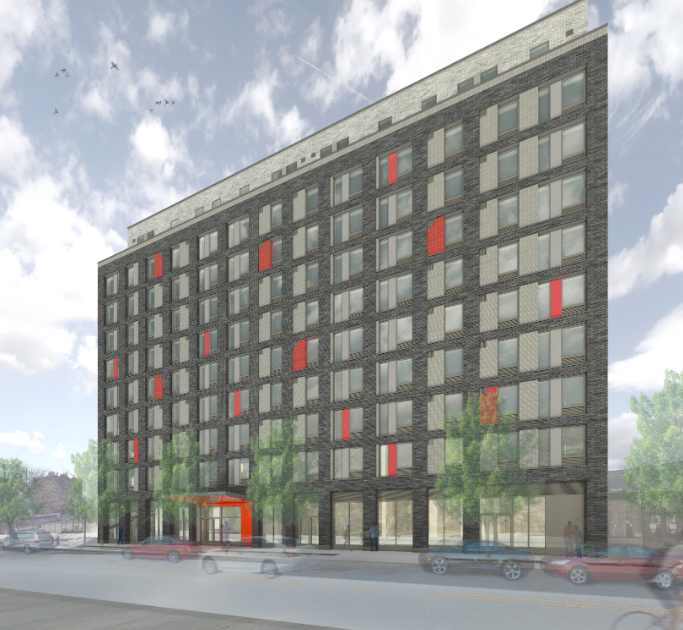 While we all know that what the city deems “affordable housing” is only rarely truly affordable, it’s worth keeping an eye out and application in (click here to apply). Here are the current housing lotteries open for applications: 1620 Fulton St, via HPDThe Garnet, Bed Stuy The building at 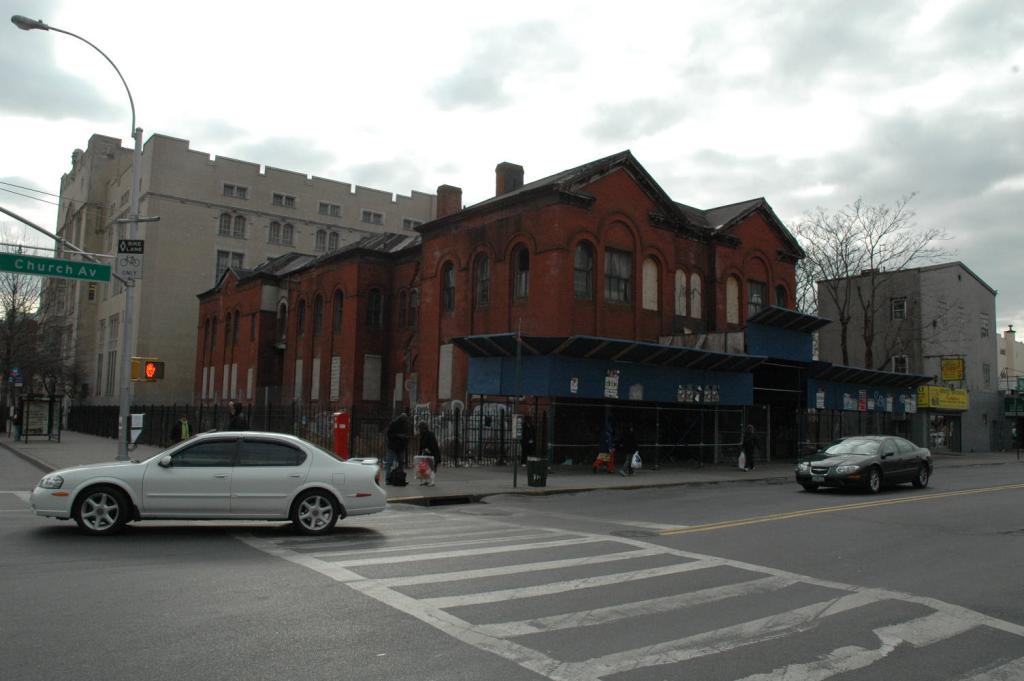 PS 90 in 2007. By Nicholas Strini/PropertySharkThe 2020 murders of Breonna Taylor and George Floyd thrust the Movement For Black Lives firmly into the public consciousness. When centuries of anger, frustration, and despair spilled out into the streets, I hoped that our political and civic leaders would finally take 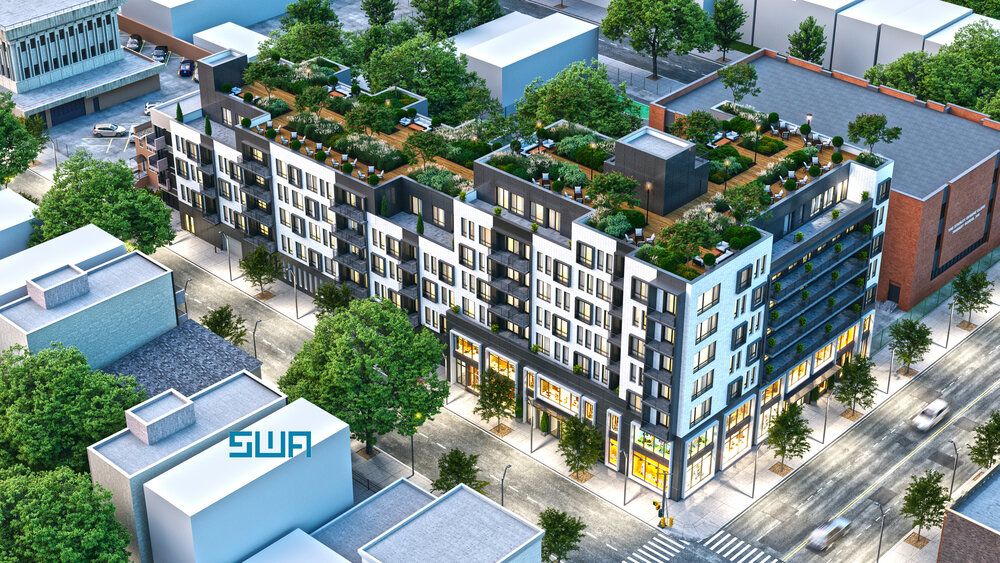