PROSPECT HEIGHTS — It’s the changing of the guards at Central Brooklyn’s Underhill Walls — the 17-panel art display near the Brooklyn Public Library that attracts onlookers throughout the borough and beyond. 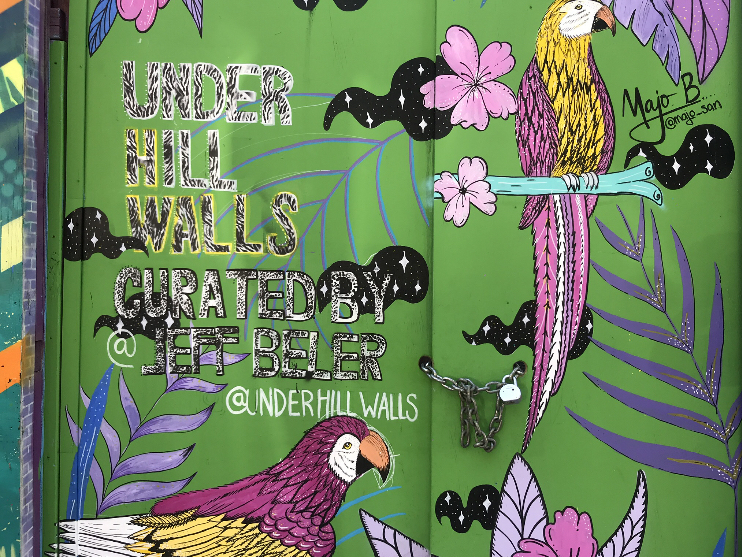 This year, Jeff Beler, the curator, and 16 other artists cooked up an Urban Jungle theme featuring creatures of the wild and plant life, some of them plagued with the hazards of pollution. Every six months in May and October, each 8 by 8 panel undergoes a transformation displaying the work of new artists and subjects.

The Urban Jungle theme replaces a six-month installation of album covers which boasted paintings of Madonna, Nas and Van Halen.

“It brings the community together,” Beler said, a 15-year resident to Prospect Heights. “Instead of these construction barriers you see all over the city it’s beautifying the neighborhood,” he added, of the mural that shields 314 St. Johns Pl. at the corner of Underhill Avenue, an abandoned three-story building.

The collection of artists used anything from spray paint to acrylic to display their interpretation of the jungle.

It’s Justin Winslow’s third time unleashing one of his creations and this time he focused on the endangered white tiger. The aquatic-friendly beast takes his stance in a body of water flanked by a utopian scene on one side and a fiery contrast on the other filled with plastic and styrofoam.

Now, in its fifth year, the Underhill Walls attracts a host of artists. During the first installation, Beler, 55, partnered with Love Heals, a non-profit promoting HIV education to Black and Latino youth.

Stephanie Gomez, traveled from the Bronx to spray paint what makes her second installment. For the album cover series, Gomez, 22, painted a walkman. This year, she used spray paint to contrast a rainforest scene with a rusty pipeline. The pizza rat and cockroach additions localize the environmental juxtaposition. 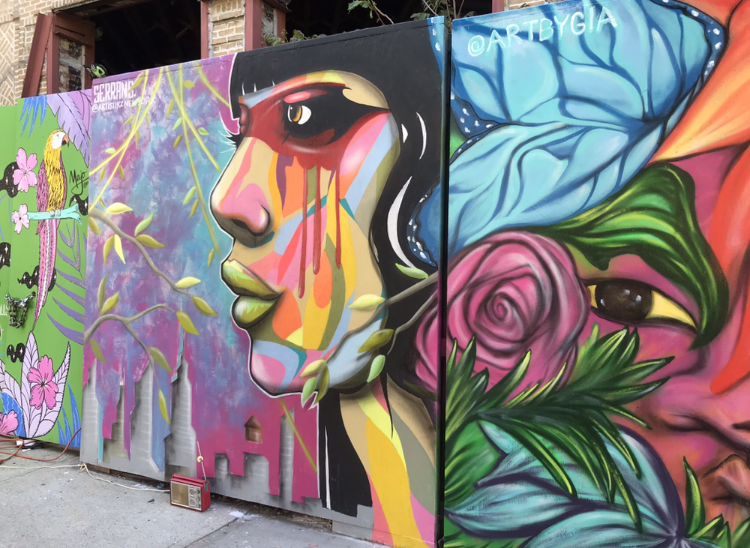 Other artists including, Giannina Gutierrez, Marco Santini, @comikid_eman contributed to the art project this time. In this series, artists segued their paintings into the adjacent panel, making for a seamless collaboration overall. “It’s been a good group,” Beler said.

“It’s hit or miss sometimes when you put two artists together that don’t really gel but this has been a love fest of new friends.”

Check their project’s Instagram page to get updates on an upcoming block party to celebrate the latest wall theme. In October, Beler and his next slate of artist will team up with the Brooklyn Public Library to do classic novel covers. “It’s meant to promote literacy,” he said.