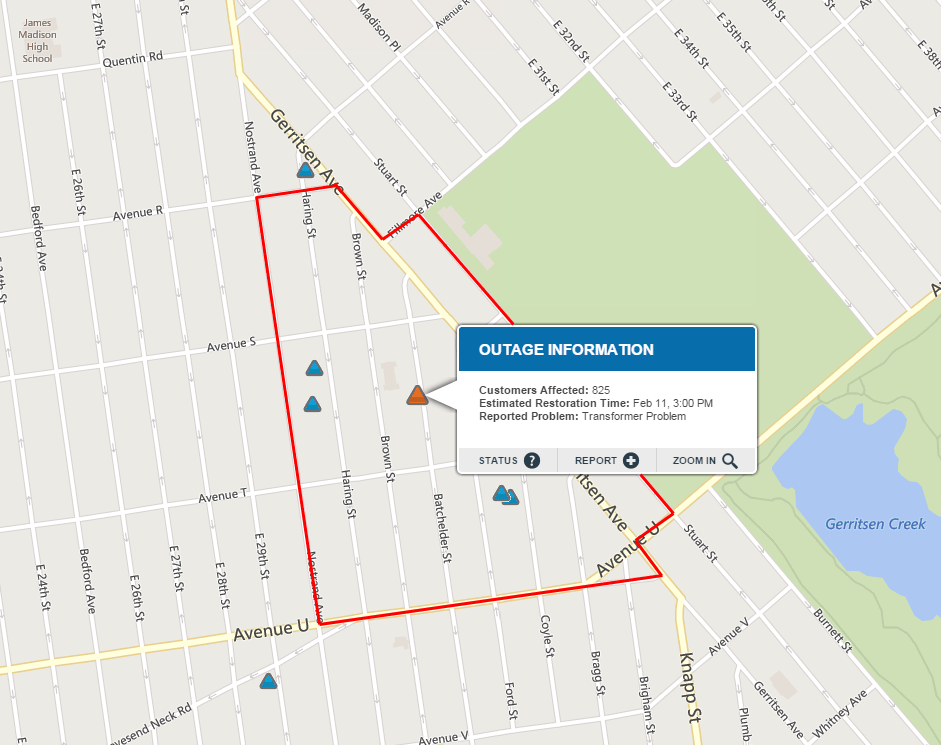 File photoUpdate (11:54am): Con Edison informed Sheepshead Bites that all power has been restored. Original post: More than 800 households near the Marine Park – Sheepshead Bay border are currently without power, as Con Edison investigates the cause and works to make repairs. A transformer in the affected area blew 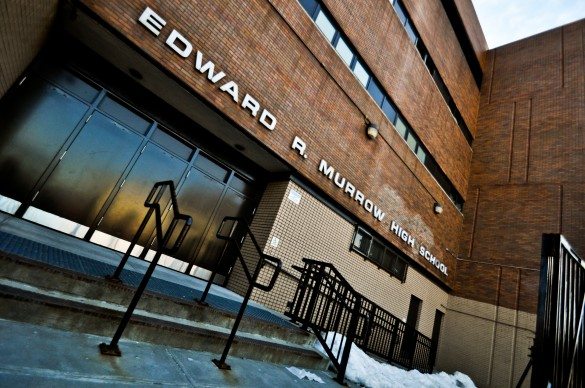 Photo By Erica ShermanEdward R. Murrow High School at 1600 Avenue L in Midwood has been under a full lock down since approximately 12:30pm after at least one unauthorized person gained entry to the building, Sheepshead Bites has learned. [Update (2:49pm): The lock down has been lifted.] Teachers

Source: Gabriella M.Update (5:30pm): A police source has confirmed to Sheepshead Bites that two people were found dead at the apartment building. Additionally, a suspicious substance believed to be cyanide was found at the scene. Cyanide is a highly toxic chemical that, when ingested, rapidly affects the central

Source: niznoz/FlickrUPDATE (2:06 p.m.): Con Edison just informed us that the restoration time has been bumped up to 3:00 p.m. Power went out due to “equipment failure” in the Sheepshead Bay area, according to the spokesperson, and they’re still investigating. It’s also not

Avenue W and Knapp Street (Source: Google Maps)UPDATE (1:07 p.m.): We’ve just received word that the child has been found. Good news, and good work to the officers of the 61st Precinct. Original story: We don’t have too much information on this yet, but we’

Apple Bank (Source: Google Maps)Police are looking for a suspect who passed a note demanding money to a bank teller at Apple Bank for Savings shortly after noon today, NYCityAlerts says. The bank is located at 1973 86th Street, adjacent to Starbucks. Cops have called a Level one response,

We broke the news on Friday about an emotionally disturbed person threatening to jump from the roof of a building on 60th Street and 11th Avenue [/emotionally-disturbed-person-dangled-from-electrical-lines-as-he-contemplated-jump-on-11th-avenue/] , and promised you an update when we heard back from police. Well, officers from the NYPD’s public information unit finally got back

Minutes ago, reader Paypaul sent us this photo and tip, saying that a bicyclist was struck by a Department of Sanitation collection truck on Gravesend Neck Road and East 12th Street. Paypaul wrote: > I was walking up Neck Road going towards the Homecrest Library when I saw the aftermath of

The NYPD’s Emergency Service Unit and Bomb Squad were called to a residential property on Bedford Avenue and Voorhies Avenue more than an hour ago, shutting down nearby streets to both vehicular and pedestrian traffic as they search for explosives in a home. An officer at the scene told

Source: Google MapsWe’re still trying to figure out what’s going on, but a neighbor tells us there’s major police activity on Highlawn Avenue between West 8th Street and West 9th Street. The neighbor first stumbled across the action around 3:45 p.m., with streets taped off

[UDPATE [12:25 p.m.): Ryles has notified Sheepshead Bites that power has been restored.] A swath of Kingsborough Community College’s (2001 Oriental Boulevard) campus went dark this morning, forcing a partial evacuation as administrators and crews work to assess the system’s status. A tipster on campus for

Norman Vanigas, the 23-year-old suspected of a sex assault and firing on police officers late Sunday night, is now off the streets and in police custody. Authorities arrested Vanigas yesterday in the Bronx, charging him with attempted murder, criminal possession of a weapon, and criminal use of a firearm, police