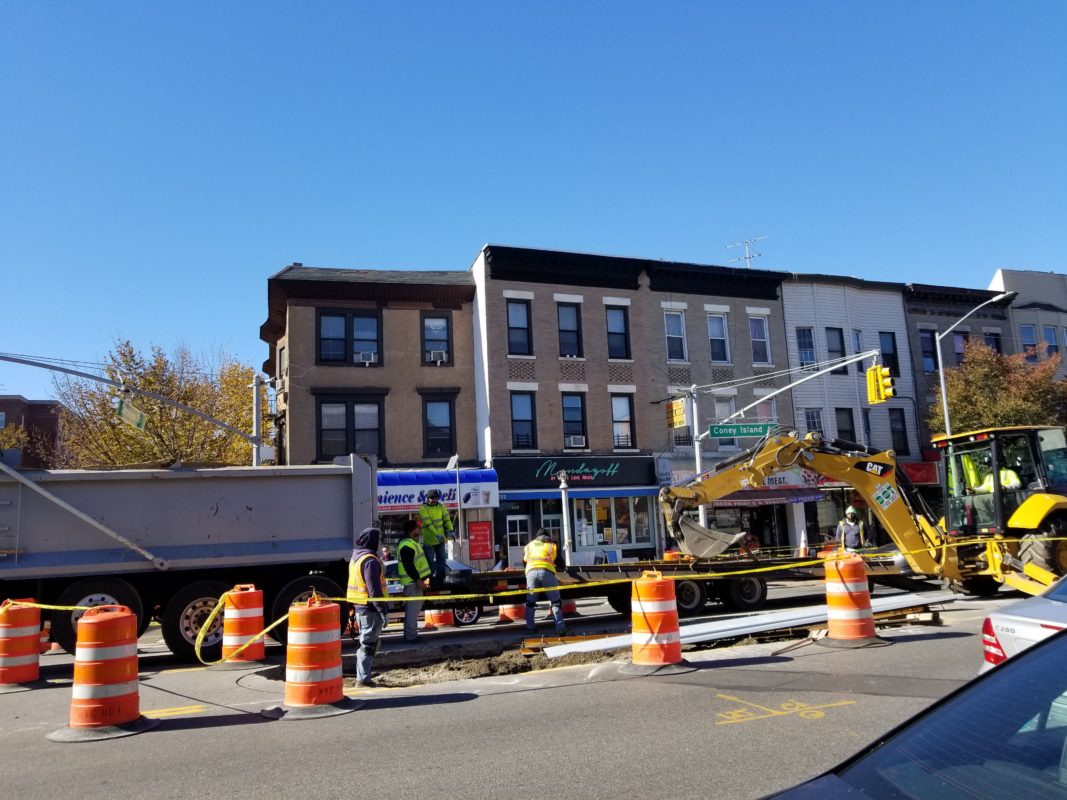 DITMAS PARK – Decades after telling neighbors nothing could be done to make crossing Coney Island Avenue at Cortelyou Road safer, the Department of Transportation is adding another crosswalk and other traffic calming measures for the intersection.

The changes will legalize the well-trodden path used by neighbors to cut across Coney Island Avenue between Highbury pub and Mian deli.

“The project will also include flashing yellow arrow left turn signals for the northbound and southbound directions. At the beginning of the green signal phase for Coney Island Avenue, left turns will be held for seven seconds before a flashing yellow arrow, giving pedestrians a head start to cross before left turning vehicles proceed,” a DOT spokesperson told us – a step in the right direction though not a dedicated left turn. 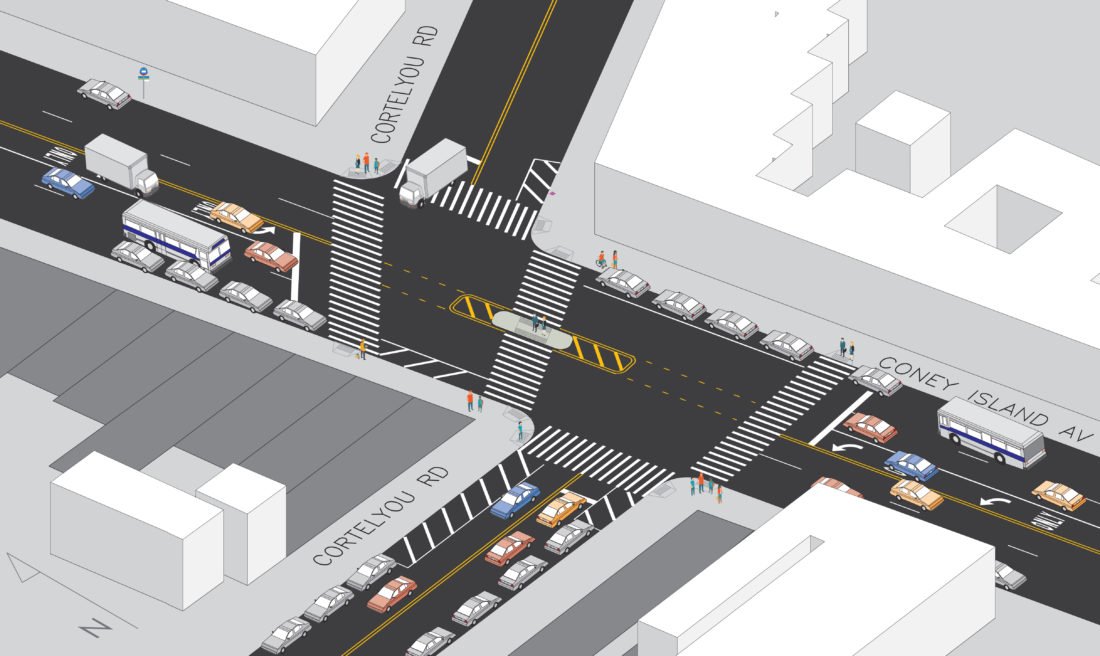 In the middle of the new crosswalk will be a new, concrete pedestrian island. This will make the long crossing easier to navigate for people, and will also force all the vehicles crossing Coney Island Avenue to really slow down in order to make the two rather tight 90 degree turns to continue on Cortelyou Road. A few parking spots around Mian Deli and Highbury Pub will also be eliminated.

First announced in August, the project was supposed to be completed in September, and as of this week is finally taking place.