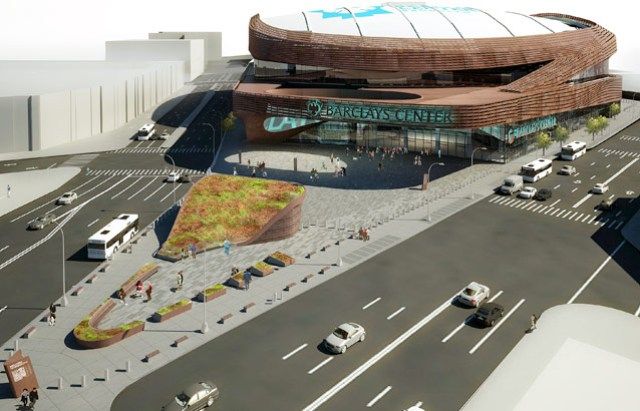 It’s no secret that watchdog blogger Norman Oder is somewhat critical of the Barclays Center, but his latest tirade seems a bit over the top. In a recent Atlantic Yards report, Oder notes that:

There’s a honking big Barclays Center name and logo coming on the roof of the new Brooklyn arena, buzzing toward a Sept. 28 opening. But such rooftop signage was never officially approved, disclosed, nor opened to public comment. Nor was it ever permitted in the Design Guidelines on which the state relies.

Arana Hankin, Director of the Atlantic Yards Project, responded to Oden’s claims with:

The logo design comprehensively complies with the intent of the guidelines that “establish a framework for the design of the project.” The propose signage has been reviewed and the following summarizes our findings:

So essentially, Oder is riled up over a rooftop sign that nobody can see unless they’re flying above in some sort of aircraft or up in one of the high rise buildings that will surround the arena. Really? It’s almost as if, now that the Barclays Center is nearing completion, he’s digging for anything to raise a ruckus over.