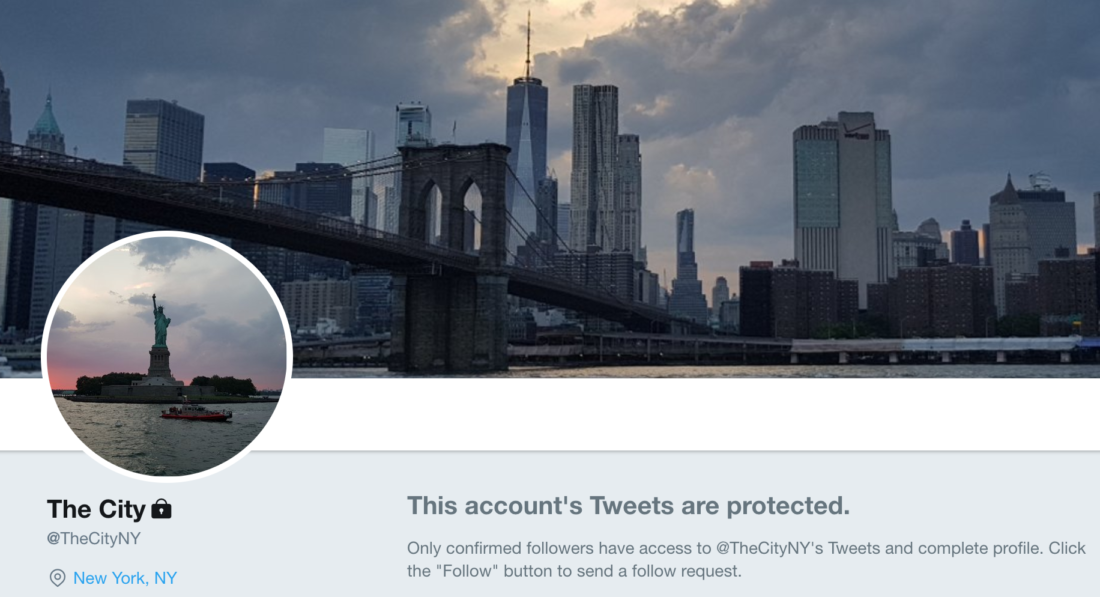 Some good news for local news aficionados – there’s a new kid in town and they are hiring.

It was announced this morning that in response to dwindling local news coverage, THE CITY, a new non-profit news site aimed at providing in-depth and non-partisan coverage of New York will be launching soon. There is no website yet and their Twitter account @TheCityNY was still private as of this morning.

Windsor Terrace neighbor Jere Hester, who was formerly the Daily News city editor and CUNY professor, will be the Editor-In-Chief.  Kai Falkenberg, former First Deputy Commissioner of the New York City Mayor’s Office of Media and Entertainment and Forbes editorial counsel will be the Executive Director.

The City has raised $8.5M in funding and will collaborate and publish in partnership with New York Magazine.

“New York City is a big place with lots of stories to tell and THE CITY is dedicated to covering them in a thoughtful, comprehensive way. THE CITY is going to meet New Yorkers where they are – on mobile devices. New Yorkers consume lots of news and THE CITY is going to aggressively hold the powers in New York accountable,” said Editor-in-chief Jere Hester in the announcement. “We’re going to build a newsroom that reflects the city – as well as the mix of skills needed to thrive in the fast-changing journalism world. We’re looking for journalists who can break news – and get action.” They are looking to hire 15 reporters in the near future.

@TheCityNY “will focus on accountability journalism for a broad audience, will collaborate with other news outlets to further build the local media ecosystem, and will cover some of the most important beats in New York City. These include transportation, housing and real estate, climate change, healthcare, immigrant New Yorkers and criminal justice — as well as the politics of City Hall and Albany” press release said.

The idea for the outlet came from Charles H. Revson Foundation. Other funders include Craig Newmark Philanthropies, the Leon Levy Foundation, the John S. and James L. Knight Foundation, the Miranda Family Fund at Hispanic Federation, the Richard Ravitch Foundation and Erin Driscoll and John Thornton.

“THE CITY is going to deliver the kind of high-impact news New Yorkers expect and deserve. This is an ambitious project that brings together the best values of tough urban journalism and the tools of a new media landscape,” said Ben Smith, Chair of the Board, who is another Brooklyn neighbor (and – full disclosure – my husband). “This new, digitally native publication is built to engage this diverse city on the biggest stories that matter to everyone — the crises in transportation and affordability, the battle for the city’s future — and to force political leaders to respond to what matters to their citizens.

“The quality of our government and our politics is profoundly affected by the quality of the local media,” said Dick Ravitch, a director of the board. “This new effort will have a significant impact on the level of public knowledge about the events in our city and thus will affect the decision-making process to the public’s benefit.”

We wish THE CITY  lots of success and look forward to their coverage of – what else – the City.