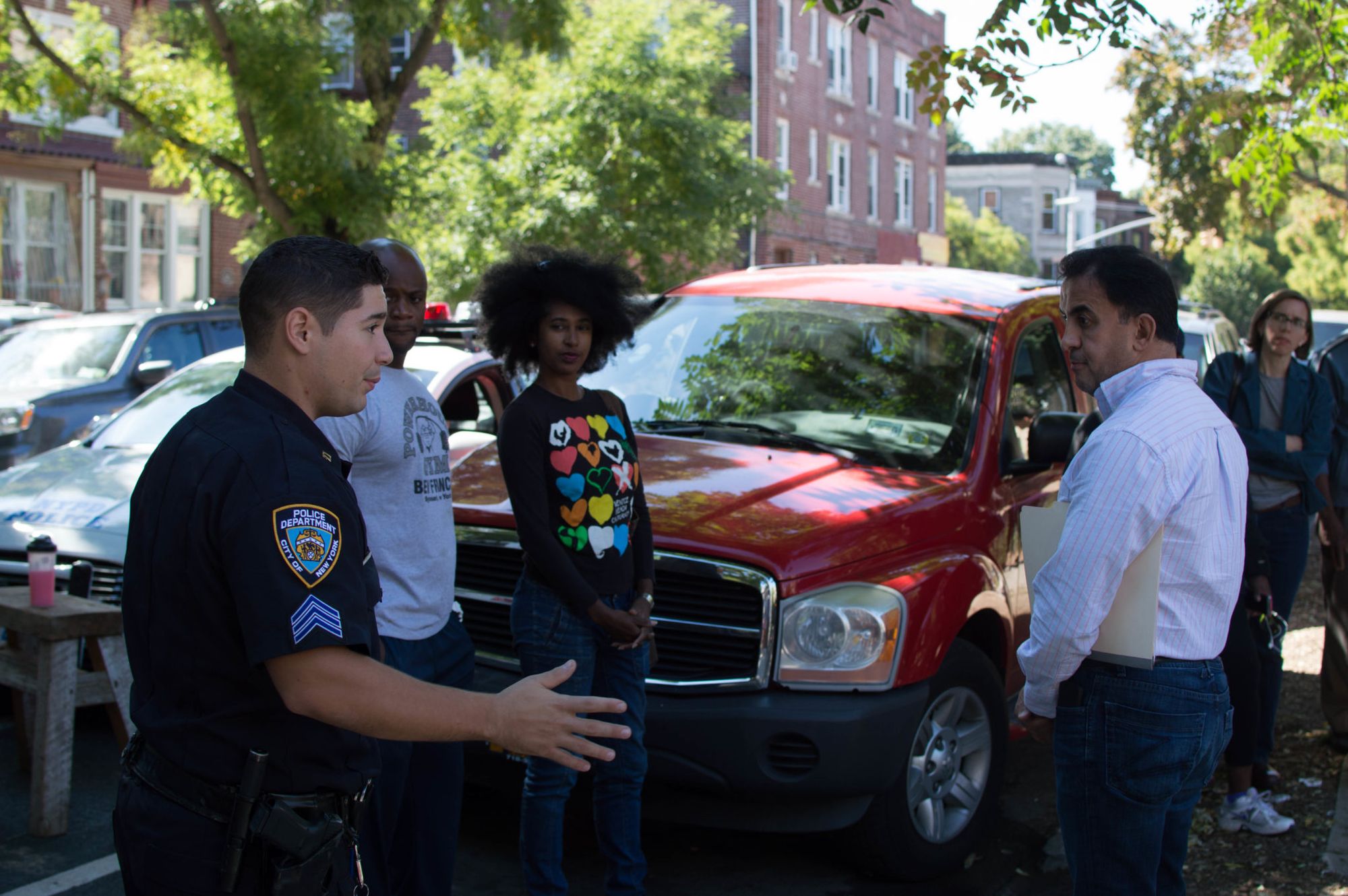 When the landlords of a plot of land that is now the Maple Street Community Garden in Prospect Lefferts Gardens showed up at the site on Tuesday, ready to raze the green space for which neighbors have painstakingly cared for the past year and a half, the volunteer gardeners had a resounding message for them: No.

The owners, Michael and Joseph Makhani, who have a criminal past and had refused to speak to neighbors when they first addressed wanting to create a community garden in the abandoned and dirty lot, suddenly, and surprisingly, appeared at the garden, located at 237 Maple Street, this week and apparently had plans to demolish the green space – but they were stopped after neighbors called the police.

The police, garden members told us, asked to see proof that the Makhanis owned the land.  The two produced a photocopy of some paperwork, which the police said was not sufficient, and the two men were asked to leave the premises, according to neighbors. Garden members produced endorsements from Councilman Mathieu Eugene and Borough President Eric Adams. 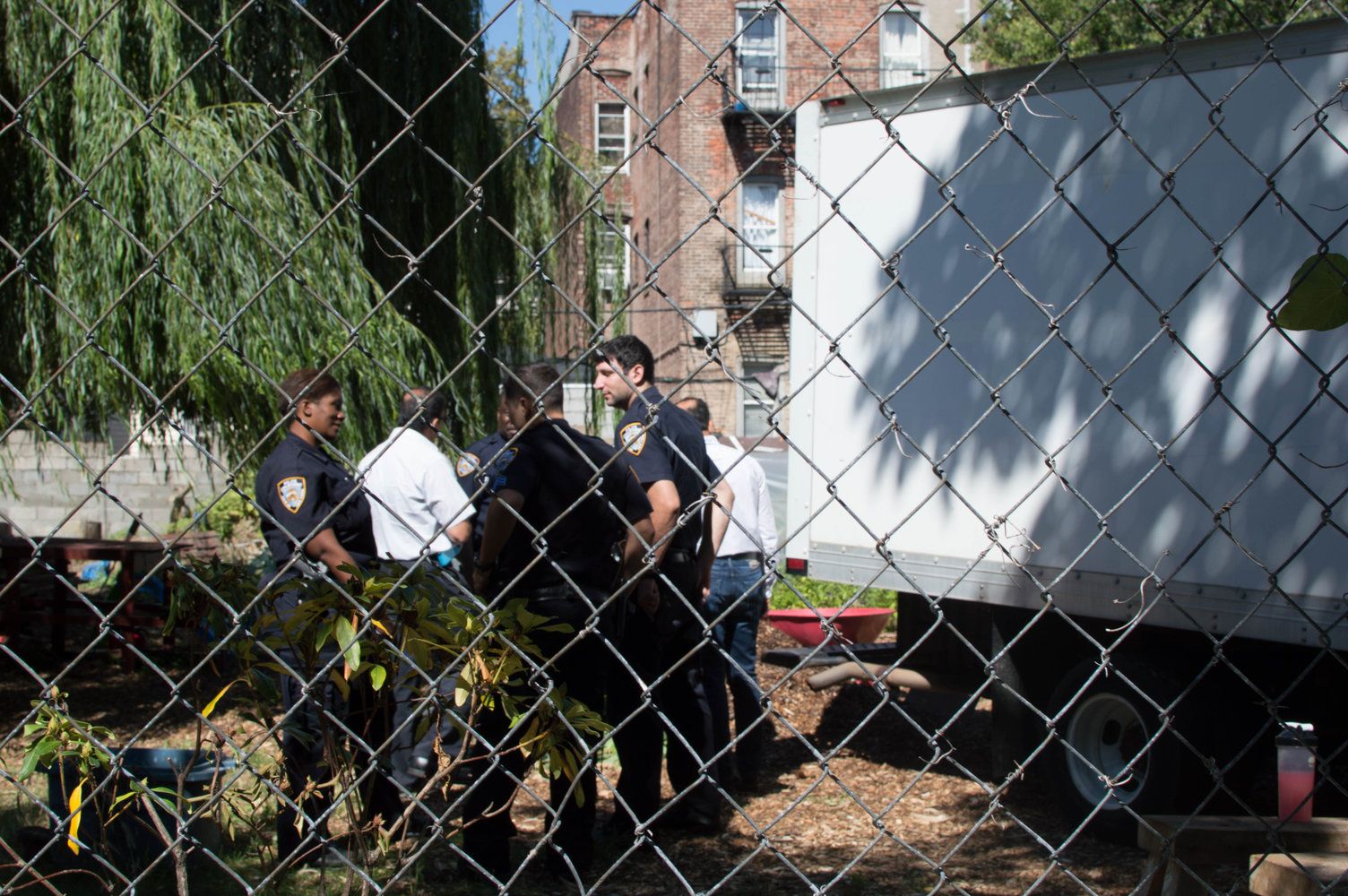 Now, garden members (including Ali Jacobs, who is helping with the Q Gardens by Church Avenue) are bracing themselves for a continued battle to save their garden that has turned an eyesore into a space where everyone from neighborhood students to adults in job-training programs spend their time.“It’s amazing – it’s been a magnet for people doing good stuff,” Cameron Page, one of the garden’s founders, told us Tuesday evening, when he and other neighbors gathered in the plot that has everything from eggplant and habanero peppers to a greenhouse (that neighbors built) and a shed that’s being built by individuals in a job-training program.

For years, the space where the Maple Street Community Garden now resides was a place at which to grimace, an empty lot filled with mounds of trash and weeds towering five, six feet high.

Then, neighbors started talking. They wanted to change this spot that seemed to vomit empty beer cans and plastic bags into something – namely, a garden – the community could be proud of.

After first meeting close to two years ago, they tried to figure out who owned the lot at 237 Maple Street. Upon discovering it was a group called Housing Urban Development, they contacted the brothers who owned the company – Michael and Joseph Makhani, but the two didn’t want to have anything to do with the neighbors. The residents even told the brothers that they would clean up the space and garden there until they decided to do something with the property – but the owners still essentially ignored their requests.

After a little digging, the hopeful community gardeners discovered that the Makhani brothers, who the Daily News reported bought the plot for $5,000, have a history of run-ins with the law. (Though, according to the property records we found, it seems as though the brothers bought the property in 2011 for $10. Either way, it’s not very much money for a piece of property that’s now worth more than $700,000, according to the city.)

Both brothers served three months in prison, after they pleaded guilty in federal court in 1999 to a housing scheme involving foreclosed properties in Queens, the New York Times reported.

So, faced with a disastrous plot of land and unresponsive owners, the group of neighbors moved on in their quest to create a garden. They received a grant from the Citizens Committee Love Your Block program, as well as more funding from Councilman Mathieu Eugene. Both Eugene and Borough President Eric Adams have backed the Maple Street Community Garden, for which garden members have paperwork to document.

Then, in the summer of 2013, the Maple Street Community Garden was born. 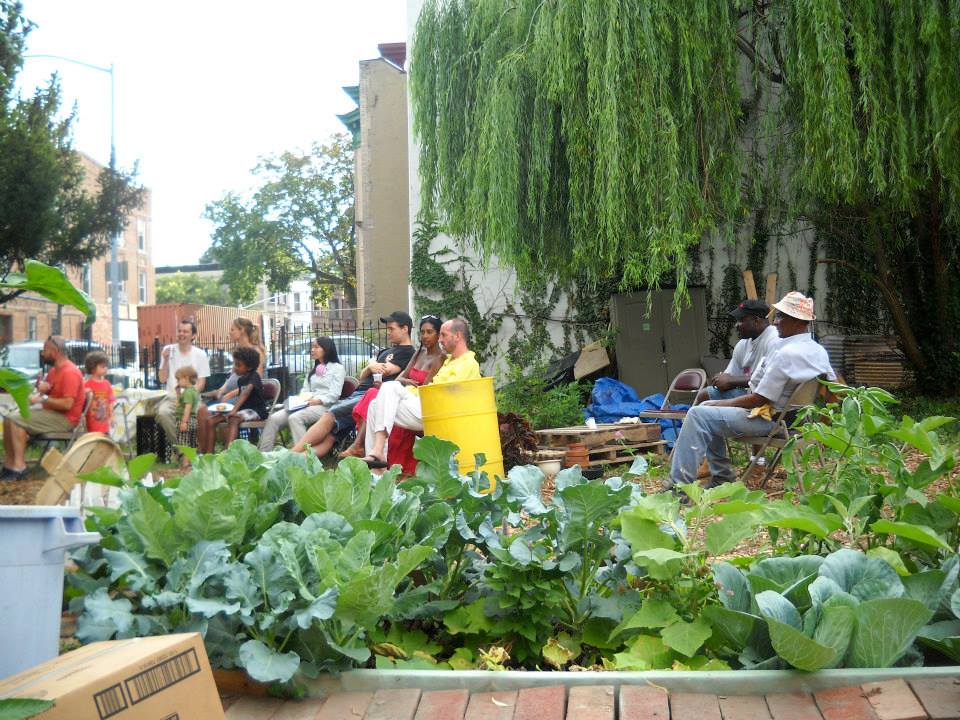 “The neighborhood loves it – kids from the Montessori school and the Lefferts Gardens Charter School have come here,” Page said. “We have about 20 dues-paying members, but anyone’s welcome. A lot of people from the neighborhood will come here.”

(We noticed enthusiasm for the garden too – while sitting in the garden Tuesday evening, a number of children ran up to the fence in front of the garden and began chanting, “Garden! Garden!” “We have to go eat dinner,” their mother told them. “No dinner! Garden! Garden!” they responded.) 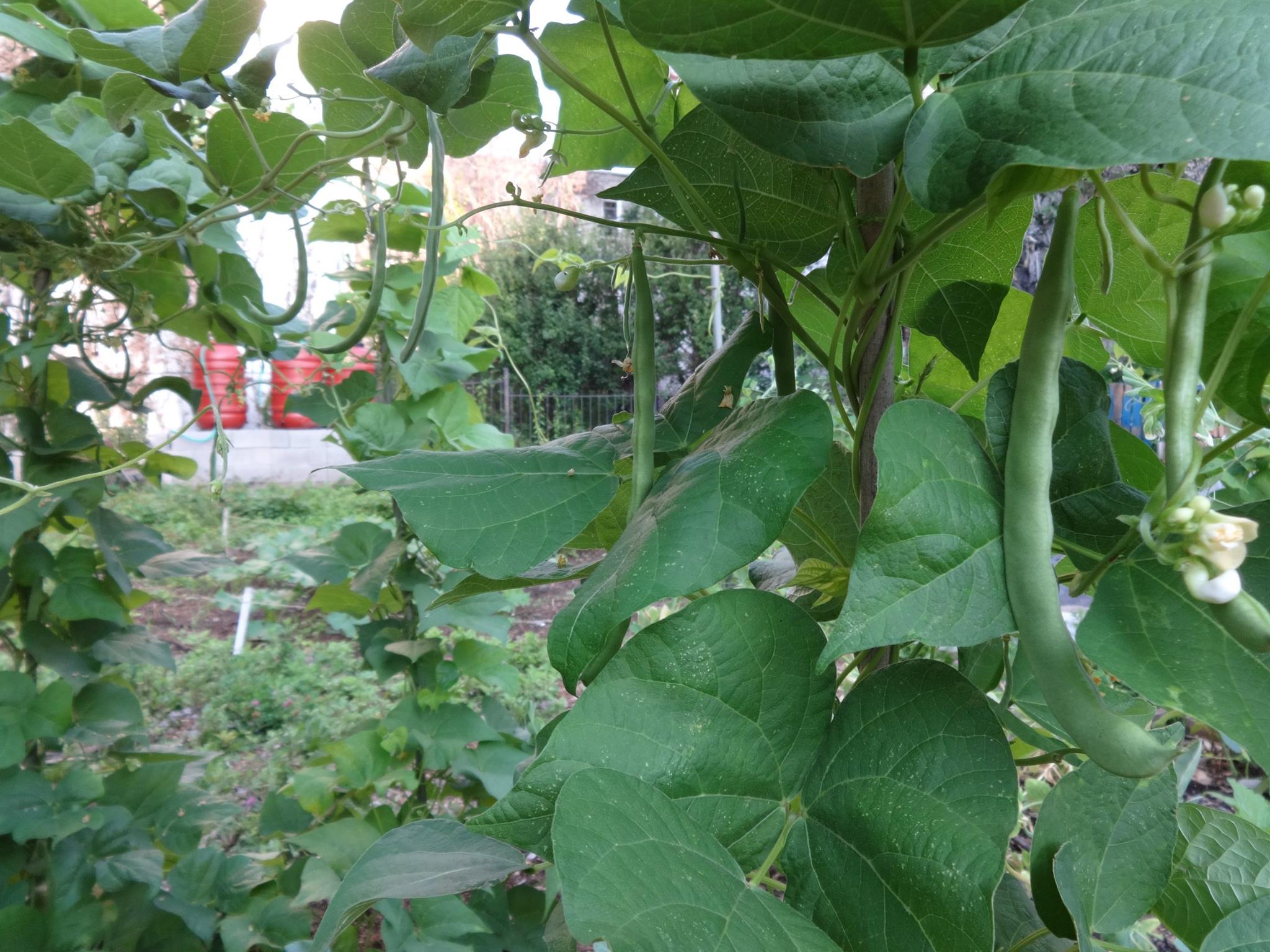 It has become a transformative place, garden volunteers like Bob Treuber and Sean Henry said, that not only makes the neighborhood a prettier place, but creates a stronger sense of community that intertwines people who may not interact in everyday life – individuals in the job training program, young students, artists, and civic activists, among many others.

What’s next for the garden? It appears as though the matter will head to court, and members said they’re advocating for the Brooklyn District Attorney to look into the matter. As for the Makhanis, their lawyer “could not answer questions about their plans for the property and declined to comment on the feud,” the Daily News reported.

“I’m not aware of any allegations,” the lawyer told the Daily News. “If there’s an issue, it will be decided in court.”

The community volunteers are now looking for legal representation. If you can help, email them at maple3garden@gmail.com.

And, as for now, the gardeners will begin repairing the vegetable bed that was destroyed by some of the landlords’ workers, as well as continuing to tend to their patch of land that they don’t want to see turned into a mass of cement – or revert to the dump it once was.