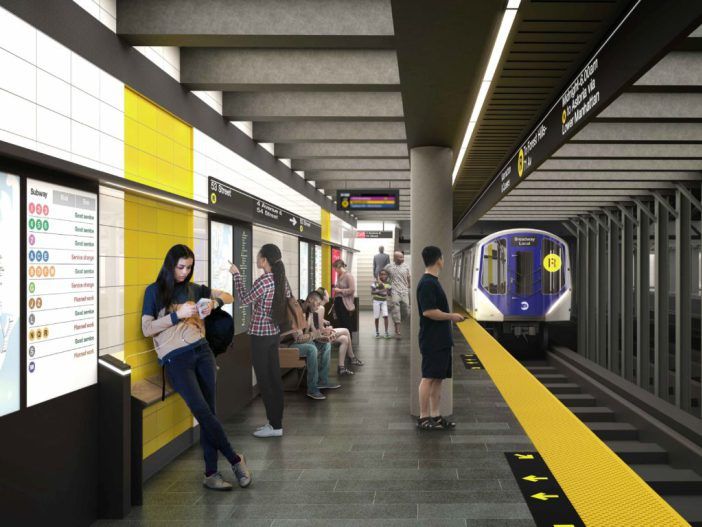 The New York City subway might get a much-needed makeover.

Gov. Andrew Cuomo and the Metropolitan Transit Authority announced Monday from the New York Transit Museum in Brooklyn new designs for large subway cars, including wider doors, USB chargers, WiFi service, security cameras, and the renovation of 31 subway stations, as he moves along with the ambitious transit plan.

The first three stations slated for construction will be R line service in Prospect Avenue, 53rd Street, and Bay Ridge Avenue, which passes through Sunset Park and Park Slope in Brooklyn, according to the MTA.

Commuters along the C line would also be disproportionately affected, as would Classon Avenue and Flushing Avenue G line stations, the Park Slope Stoop previously reported. Additionally, the Clinton-Washington Avenue C station is also among the 30 subway stations proposed to be completely shut down in coming years.

Plans for new subways cars were released in January, but bidding for those stations begins this week, while bids for other stations open in the next 12 months, the MTA says, and closings should no longer exceed more than six months.

“New York deserves a world-class transportation network, worthy of its role as the heartbeat of the 21st-century economy,” Cuomo said. “We are going to do more than renovate – we are bringing subway stations to a higher standard than ever before, and the new vision for subway cars will increase capacity and reduce overcrowding and delays.”

As New York competes with other transit systems in London, Toronto, and Paris, the MTA anticipates buying 750 out of 1,025 new subway cars that will feature an “Open Car End” design to reduce wait time and overcrowding.

Car doors will expand from its current standard of 50 inches to 58 inches to allow smoother passenger entrances and exits.

Other MTA features show the exterior of the new subway cars coated with a vibrant blue front, large windows, LED headlights, and a blue stripe with gold along the sides.

“The Governor gave the MTA a mandate to implement new, world-class designs as quickly as possible for all new subway cars and that’s what you’re seeing today – innovation making the lives and commutes of all New Yorkers easier,” MTA Chairman and CEO Thomas F. Prendergast said.

Check below for the MTA’s rendering of different subway stations and to learn more about the City’s transit program click here. 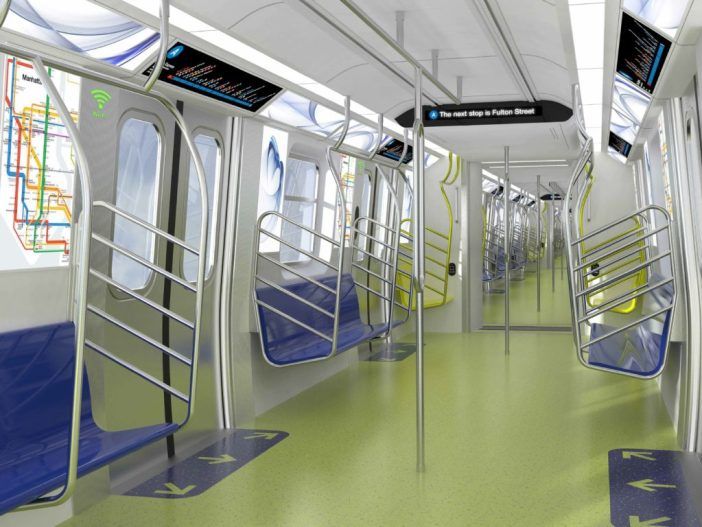 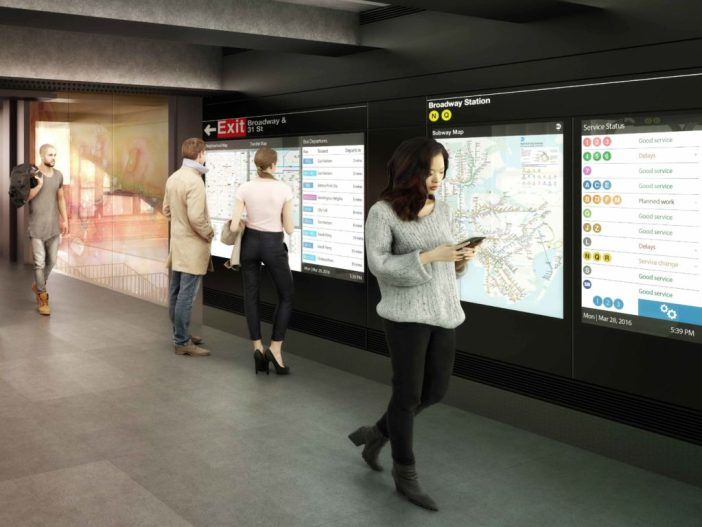 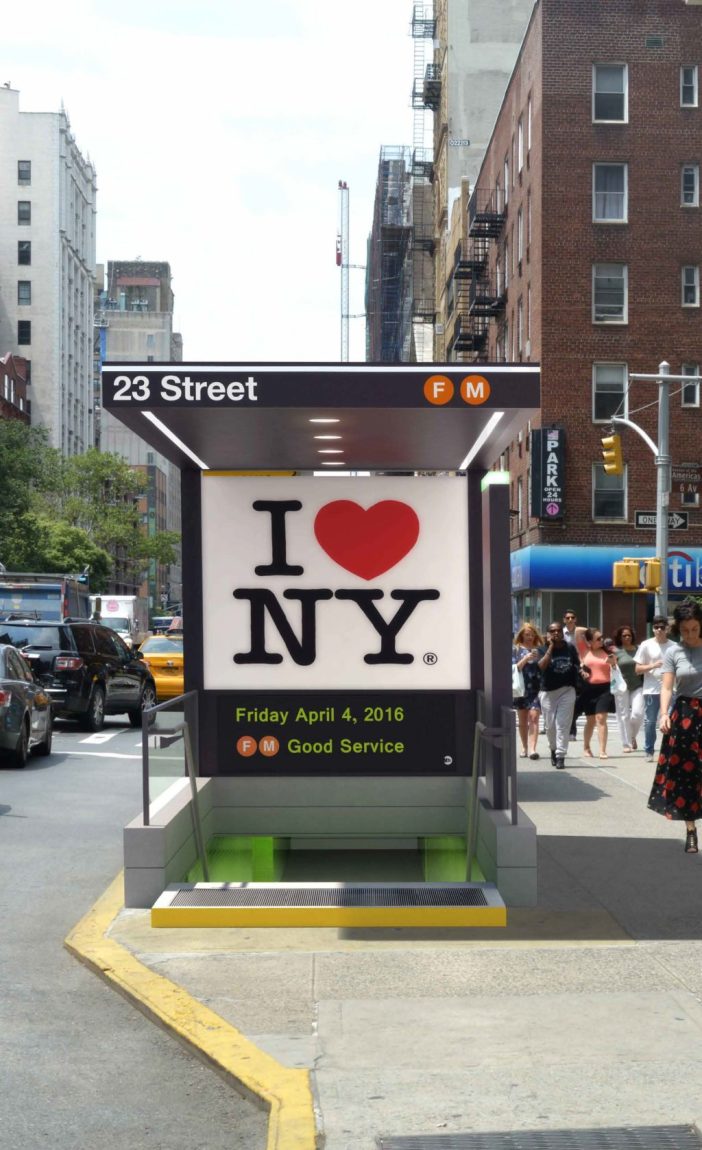