With deportations of Haitian refugees resuming at full speed and the future of Temporary Protected Status (TPS) in the hands of a president-elect touting anti-immigrant rhetoric, many Haitian immigrants in Flatbush are worried for their future.

On November 17, the Mayor’s Office of Immigrant Affairs held a ‘Know Your Rights’ in Flatbush, a neighborhood where more than half of residents are foreign-born.

Flatbush has long been a thriving Caribbean-immigrant enclave, with many Haitian, Trinidadian, and Jamaican-owned businesses, cultural institutions, and education centers. Haitians represent the fourth largest immigrant group to the U.S. from the Caribbean, with 70 percent of those immigrants settling in New York City and Florida, according to the Migration Policy Institute.

Officials addressed TPS, deportation risks, and how to prepare for an uncertain future with the Trump administration, at the training supported by a list of local partners like CAMBA, the Flatbush Tenant Coalition, City Council Members Jumaane Williams and Mathieu Eugene, Assembly Members Rodneyse Bichotte and Diana Richardson, and many others.

“People are all worried,” said a Haitian man in the audience. “Many people in the community have to ask themselves if their source is trustworthy before approaching free legal services.” But others said the overwhelming numbers are at the heart of the problem.

Flatbush residents are getting turned away by ActionNYC and being told it’s a capacity issue, Ninaj Raoul told DPC. Raoul is the executive director of Haitian Women for Haitian Refugees on Parkside Avenue, an organization that holds monthly clinics to help Haitians get employment authorization.

“Certain people are going to be more afraid because of [Trump’s] rhetoric, but what people say they’re afraid of is already happening to the Haitian community in Brooklyn and Miami. The current administration is deporting people in droves and separating families. They have no legal representation for hearings,” said Raoul, noting that she’s seen families separated in Flatbush.

“This is a refugee crisis and it’s not being addressed,” said Raoul. “It’s disturbing to me that you can have a [Know Your Rights training] in a Haitian community and not address this issue because it’s the biggest crisis we have right now.”

On September 22, the Department of Homeland Security (DHS) announced new rules for Haitians arriving at the southern U.S. border: anyone who shows up without documentation — and doesn’t apply for asylum — will be detained and deported.

The DHS ‘Fast-Track’ deportation order was temporarily paused after Hurricane Matthew and resumed again by November, according to a press release.

In the past few months, more than 5,000 Haitians surged the southern U.S. border seeking humanitarian relief — a 500 percent increase compared to last year, reports NPR. Many of these refugees are the same people who originally fled the 2010 earthquake in Haiti and found temporary work in Brazil for the Rio Olympics, reports the New York Times. But now, with a downturn in the Brazilian economy, many have are headed to the US, where about 4,500 are now detained in Immigration and Customs Enforcement (ICE).

The intention of fast-track deportations, according to the DHS announcement, is to keep convicted felons from entering the country. But the result is that many Haitians seeking relief from poverty and the Hurricane’s aftermath are being sent right back, and in some cases, separated from their families who are already in the U.S.

In addition to deportations at the border, ICE has deported more than over 200 undocumented Haitian nationals over the past several weeks, and “plans to significantly expand removal operations,” said DHS Secretary Jeh Johnson.

This policy shift surprised immigration professionals all over the country, and local politicians working for immigrant rights.

“The majority of the people DHS intends to remove have not been accused of any crime. These deportations will return thousands of Haitians to a country that continues to struggle with the devastation of Hurricane Matthew and the recent outbreak of cholera,” said Congressperson Yvette D. Clarke in a press release.

In an interview with DPC this week, Ditmas Park City Council Member Mathieu Eugene, a Haitian-American and longtime advocate of Haitian rights, spoke about the frustration and sadness permeating through the community. “Children, mothers, fathers, husbands who became American citizens are trying to reunite with family members and provide for them. It’s hard to see them sent back to a country where they’re not safe,” he said.

But refugees who have Temporary Protected Status are safe — at least for as long as it lasts.

The future of Temporary Protected Status

Temporary Protected Status (TPS) is a temporary legal status for undocumented refugees living in the U.S. who are fleeing natural disaster or civil unrest in their home countries. There are 50,000 Haitian nationals covered under the current TPS program, according to a report by the Congressional Research Service.

Filing for TPS, however, can be complex and costly, requiring anywhere from $50 to $380 in filing fees from the U.S. Citizenship and Immigration Services.

The US began it’s Haitian TPS program in response to the devastating 2010 earthquake, and though the eligibility window only lasts between 6 and 18 months, the program has been renewed several times. The current TPS program, which makes registrants eligible for work authorization, expires in July 2017. But it’s continuation depends partly on an executive order.

“Don’t let fear take over,” said CAMBA’s Nick Klein. “[Trump] can terminate TPS, but it wouldn’t happen overnight. But we do have to remain vigilant and informed.”

Klein, who is a pessimist by nature, has a hunch that TPS is safe. Historically it hasn’t been a partisan program and its statutes also involve the Attorney General and Congress. But it’s still open, and he did advise registrants abroad to return to the country well before January when the Trump administration takes the helm.

He believes the program most at risk is DACA, which the present-elect has decried outright. In fact, CAMBA generally isn’t taking initial DACA applications anymore because it leaves a paper trail that could be flagged by the future administration, he said.

The immigrants most at risk are those with removal orders, denied asylum, or have a criminal record. But the idea of a “criminal” isn’t quite clear-cut. Certain misdemeanors that one may not expect, like jumping a turnstile or disorderly conduct, can carry harsher immigration sentences, said Klein.

At the forum, Council Member Eugene remained optimistic and glowing about the democratic process.

“Up until now, TPS has been okay,” he said. But one audience member, not assuaged by Eugene’s words, raised her hand and countered, “It’s not okay, we’re under pressure. January is soon, and we don’t know what’s going to happen and if we can stay in the country. It’s an enormous pressure,” she said.

But Eugene has a long history of working with TPS, and fought to include Haitian nationals in the amnesty in 1995. “It’s been okay until now,” Eugene countered. “In politics, it’s not one person. It’s a give and take, it’s a negotiation process,” he responded.

Resources: What to do when approached by an ICE official

Missed the Flatbush training and want to know your rights when an ICE officer arrives at your door or approaches you in public? Check out these preliminary bullet points below and read the entire flier here. To view a flier in Spanish, click here.

Here are a few key points:

For more information or to set up a training on your rights or how to prepare in case you encounter ICE, contact IDP by using this form or emailing genia@immdefense.org.

For legal providers & locals organizations who want to help, Haitian Women for Haitian Refugees needs more support from groups and representatives to handle the sheer volume of cases.

At DPC, we’d like to help immigrants tell their stories and connect with neighbors who can help. If you or someone close to you has a story to tell, write to us at editor@ditmasparkcorner.com. 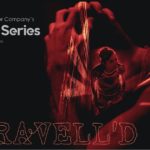