The kindergarten waiting game is finally over — for most families, at least.

New York City’s education department released placement offers for kindergarten for tens of thousands of families on Thursday. The news eased the minds of parents whose children got their first choice, frustrated some of those who didn’t, and left a small number of parents still uncertain about where their children will be attending school in the fall.

Of the 66,141 families who applied by the Jan. 22 deadline, 69 percent received an offer from their first-choice school, and 83 percent did so from one of their top three choices. However, a small number of children were placed on a waiting list at their zoned school.

All kindergartners are guaranteed a seat at a city school, and in the past, families that preferred a spot at a zoned school often eventually received one. But each March, the admissions process produces anxiety-inducing wait lists at dozens of schools — though the number has been dropping in recent years.

This year, 229 students at 29 zoned schools are still on a waiting list, according to the city’s admissions tally. Last year, there were 50 schools where 590 families were initially left waiting for a seat, compared to 1,083 students at 54 schools in 2017.

Here are the Brooklyn schools with kindergarten waitlists right now:

Schools that are labeled “redacted” have five or fewer slots, and data have been suppressed by the education department to protect the privacy of students. Check city data here. 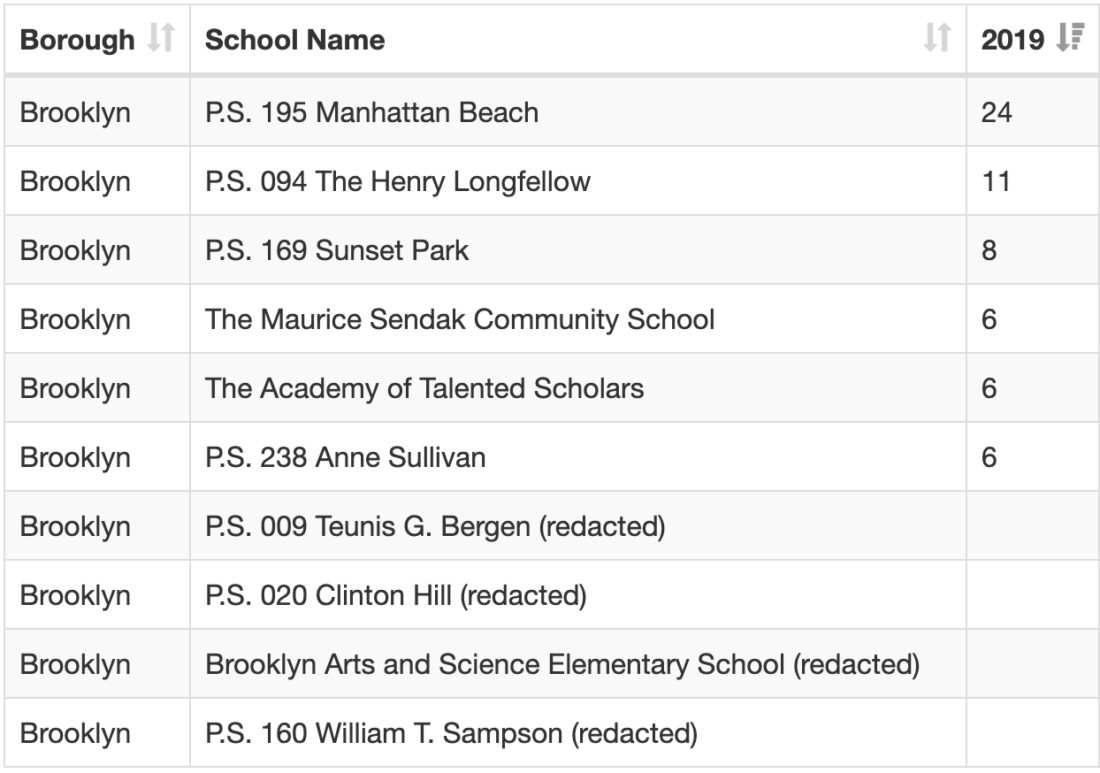