CROWN HEIGHTS— Students and teachers walked out of a central Brooklyn middle school school Friday, in a call to action against gun violence.

Friday marked the third year that more than 200 middle schoolers at Launch Expeditionary Learning Charter School walked out to raise awareness of the impact of gun violence on young people in the neighborhood.

“I want to make a change, and I want to show people that even kids can go out and make something happen, not just adults,” said Darrell, a seventh-grader from Bed-Stuy. “Kids want to take part in everything. We can change the world, too.“

“If you want to fight something,” he continued, “you’ve got to stand tall and stay strong.”

While crime continues to fall to record lows in New York City, this year there have been 21 killings in the jurisdiction of the Brooklyn North precincts, which includes Crown Heights and Bed-Stuy, and three in recent months in the area of one Prospect Heights school.

“These people in our community don’t deserve to die,” said Aden, a seventh-grader. 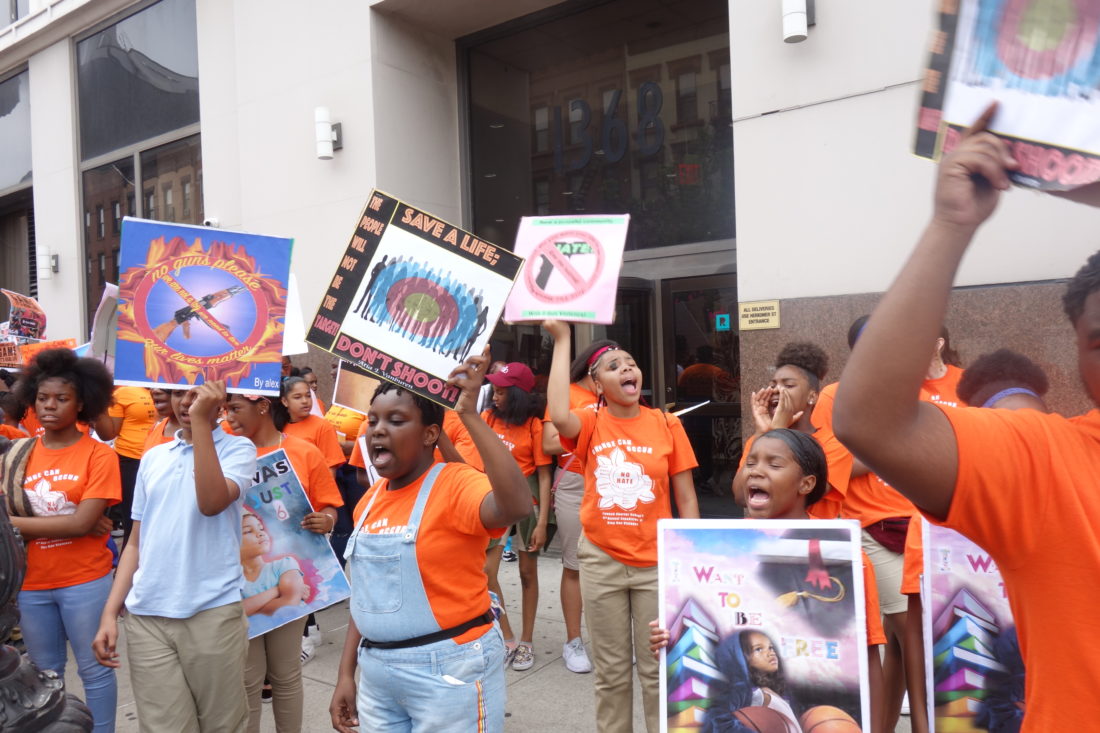 After emerging from the school auditorium, the crowd of students, alongside their teachers and activists from Save Our Streets, shouted “Peace up, guns down! as well as other anti-gun violence chants while they walked toward Restoration Plaza, where they read poetry, sang, danced and delivered speeches.

Radiant, a seventh-grader who lives in East New York, said she and her classmates felt the need to organize the march because they “noticed that people in our community are dying” far too regularly.

“This march is important to me, because I get to save my community and also get to speak up for those who died,” she said. “[Gun violence] has impacted me because it has affected my brothers and sisters and I just want to make a change.”

While the march was lead by students, their teachers were on board with the action and received praise from students for their support.

“My primary goal as a teacher is to have students see themselves as agents of change and to step into the shoes of an activist,” Lindsay Herz, a social studies teacher at the school, told Bklyner. “My goal is for them to see themselves in that way.”

Herz said that many of her students have experienced gun violence far too often, some of whom, she said, tell her their parents at times don’t feel it’s safe for them walking to school.

“They’re 12 and 13-year-olds and many of them have lost loved ones due to gun violence or hear shots on their block, and that’s just not something that should be part of their daily lives,” she said. “A lot of this is saying ‘This isn’t normal, this isn’t something we should be experiencing as young people and this isn’t an issue that we should have to speak about.’” 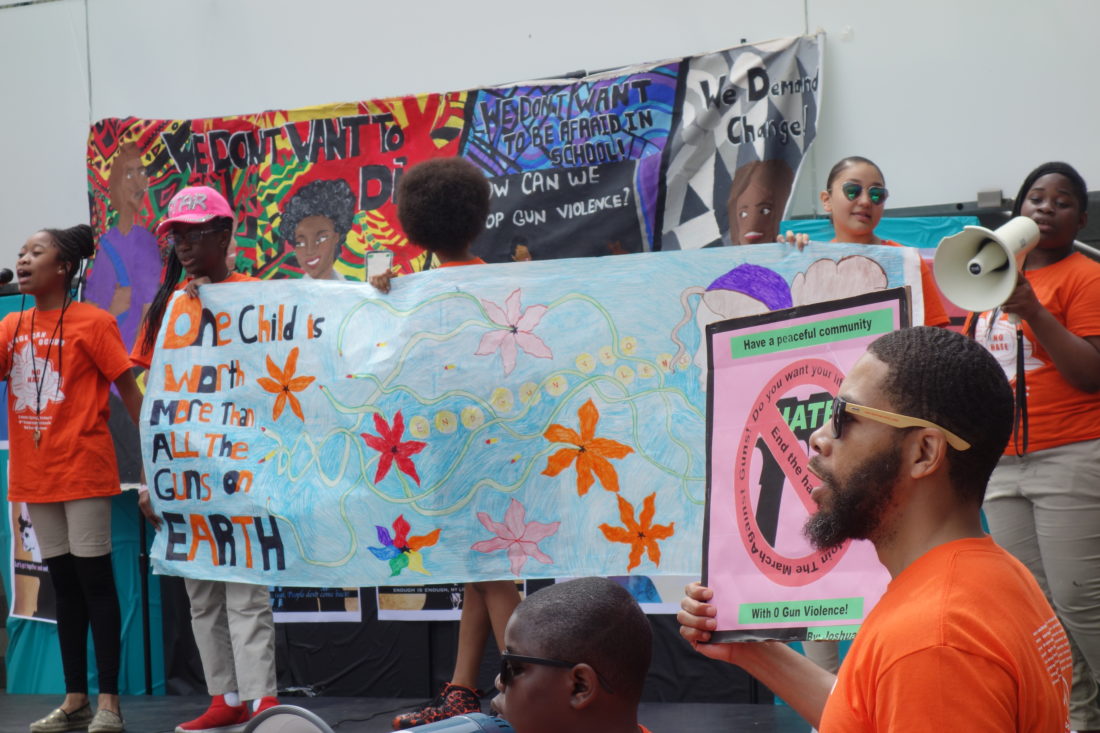 When the crowd arrived at the plaza at around 11 a.m., students on stage performed poetry and songs explaining the impetus for their anti-gun violence activism.

“People get hurt every day, but shouldn’t get shot every day. The facts are if I had a penny for every time a person got shot and I wasn’t part of the situation, I would be rich,” Joshua said in a spoken-word poem. “Guns crush and shatter dreams. This is why I march—to be alive and save lives.”

Kedwin, from the stage, said the student body, who he noted is exclusively of people of color, “can overcome oppression.”

“We have been discriminated against by our president, by our government and we’ve had enough,” he said.