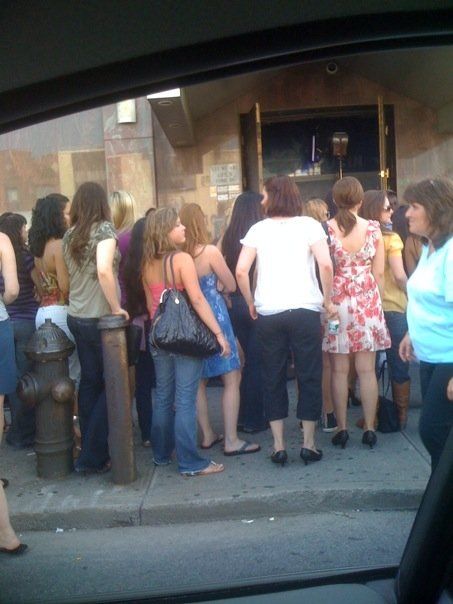 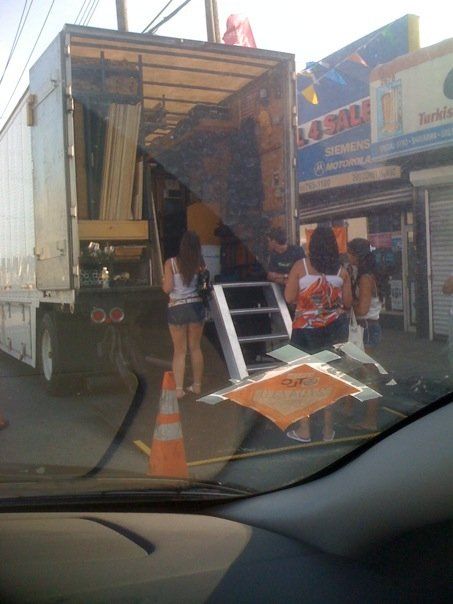 We’re a little late to this story, but apparently last Thursday our ‘hood played host to Drew Barrymore for a scene in her upcoming movie Going the Distance. Reader Arthur Borko snapped these shots as he was driving by Rasputin, the monolithic Russian restaurant over on Coney Island Avenue and Avenue X.

A small crowd thronged around Rasputin’s entrance, while others poked around the equipment trucks. As far as we know, there was no sighting of The Drew, but if anyone out there saw anything worth mentioning, fill us in!

Going the Distance is an observational comedy about a young couple navigating their way through the perils of a long distance relationship who quickly discover that “going the distance” might cost them everything they have, including one another. In addition to Barrymore, it stars Justin Long, Christina Applegate, Jim Gaffigan and Rob Riggle.