For his latest project with his long-time band, Brooklyn musician Chet Doxas spent time visiting the Whitney Museum and the Museum of Modern Art, concentrating on works from the vibrant East Village scene in the 70s and 80s. Studying the paintings and photographs that most engaged him, he started thinking, “I wonder what that picture sounds like.”

The result is Rich in Symbols, scheduled for release by Ropeadope Records on Friday (September 8) with a performance at nublu on Saturday (September 9). The live show will include projections of the works by Nan Goldin, Robert Longo, Keith Haring and others that provided inspiration for the project.

Doxas, who plays saxophone and clarinet, began the process of composition in the museum, jotting in a notebook as he stood in front of the selected images. “Sometimes it’s a melody. Sometimes it’s a chord sequence,” Doxas said, “and then other times it’s just literary cues. I might write something like ‘layers’ or ‘sturdy’ or something. Just little cues for when I get back to my studio. Sometimes it will be like a full tune that comes out, but oftentimes it will be little snippets that I developed.”

Doxas found his inspiration traveling along a conceptual Mobius strip, as the art evoked No Wave, the East Village’s contemporaneous musical movement that he’d originally discovered through his interest in the visual work. Described as “a collision of art and punk” in guitarist Thurston Moore’s history of the short-lived scene, many of the bands featured performers who were conceptually sophisticated but had only rudimentary musical technique.

“I was just fascinated with the art movement and the music movement working together for one of the last times that happened, unfortunately,” Doxas explained. “The punk scene in New York was interesting to me, and the music coming directly out of it. I still go back to it, and it’s shocking how almost post-apocalyptic it is.”

While both the music and the art that inspire Rich in Symbols are often raw and in-your-face, the visual work of the period rarely featured the naked aggression toward the audience that was a hallmark of No Wave bands like Teenage Jesus and the Jerks. Doxas’ compositions seem closer to the visual aesthetic in that respect.

A good example is the track “I Haven’t Scene Colour,” inspired by Nan Goldin’s photo, Kathleen at the Bowery Bar. It builds with propulsive drumming to a climax that’s intense and sometimes dissonant, but without losing the warmth that’s a signature feature of his reed work. The tune never devolves into a noisy sonic attack like “Orphans” or “Contort Yourself.”

“Well, I feel like that’s coming,” Doxas said with a laugh. “I keep writing, and it’s not even on purpose, it’s just starting to come out that way. All the music we are going to play or record on the next record eventually, it’s just scary.”

One surprising result of seeking direct inspiration in other works, Doxas said, was a freedom to be more confident in his own instincts. “When you sit down and work and it’s just you writing, the tendency to second-guess yourself, and third- and fourth-guess yourself is always present, One of the things that’s most exciting about this music is that being able to externalize it has given me an opportunity to go with my first instinct, because in some respects, the work is done for me. It’s a way of quieting the voice that says, ‘No, that’s not good enough.’”

After taking notes on site in the museums, Doxas brought his notes back to work on the material with his long-time band, which features Matthew Stevens on guitar, Zack Lober on bass, and Eric Doob on drums. “The visual can inspire you, but the band is definitely part of the ingredients too,” he explained. “Things are always getting tweaked. I did a previous record with these guys. They’ve been my working band for the past five years. Anything I was hearing, they would support me. I’m excited to be going in this direction.”

As an active performer based in Canada, Doxas had visited New York many times and even lived in the city for ten months years ago. And he was eager to make a longer stay. “I have always wanted to live here. My mom’s American, so I could move here legally.”

Doxas said he’s discovered in Brooklyn a particular aesthetic. “How would I put my finger on it? I think the Brooklyn aesthetic, if you put the clubs together like Barbes, the Owl Music Parlor, IBeam, Korzo, it stresses original music and improvising.”

His move to the borough hasn’t been without disappointments, however. ”I’ve been here for three years now, so it’s starting to feel more like home, but if there’s something I would like to see happen more, it’s that sense of adventure come back to the New York scene.”

Rich in Symbols is an attempt to bring some of that adventure back, and the location of Doxas’ Saturday show is a symbol of its own. Nublu is around the corner from where Jean-Michel Basquiat lived and worked, and the painter’s Hollywood Africans is one of the images that inspired the record.

“The reason I’m doing it down there, I love that part of town, but it’s right in the neighborhood where No Wave went on,” Doxas said. 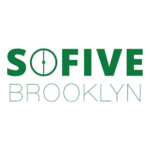 Threats from Within: The Rise of the Immigration Police State