After last week’s news that The Kestrel development at 33 Caton Place sold for $76 million comes more development news from our neighborhood: a nine-story residential and retail project is going to be built in the parking lot of the Calvary Cathedral of Praise (58 Caton Place), the Commercial Observer reported.

According to the Commercial Observer, Suzuki Capital and the Gothic Development Group have teamed up with Calvary Cathedral to develop the $126 million project that will include a 100,00-square-foot building in the church’s parking lot at 72 Caton Place. Additionally, a portion of the development might also be built atop the cathedral itself, the Commercial Observer reported.

The development will be an 80/20 project – meaning 80 percent will be market rate units and 20 percent will be affordable housing, and we’ll be interested to hear what price tag is going to accompany these new residences. If The Kestrel is any indication of things to come (a three bedroom, for example, is going for about $5,330), they’re not going to be cheap.

In addition to this new development and The Kestrel, there’s another nearby project being built at 22 Caton Place, which, when it likely finishes this spring, is be an 86,100-square-foot building with 73 residential units.

All of this building has ignited concerns among neighbors, particularly among residents worried about the impact the developments could have on an already troubled sewer system in the area.

Much of the problem, residents said, centers around the area at Kermit Place and Caton Place – right by the incoming developments.

“We’ve lived on Kermit for three years, and we’ve had it back up three times now,” neighbor Farhan Khan said at a meeting last summer. “This isn’t in the streets, water pooling in the streets – this is water that’s coming back from the city sewer systems. Those main lines weren’t built to support the type of rain we’re getting – and equally not built to support the infrastructure that’s in place now.

What do you think of the most recent news about the incoming project at the cathedral? What about all the building in general? Do you think it will be good, bad or something in between for our community? You can share your thoughts in the comments below or email us at editor@kensingtonbk.com. 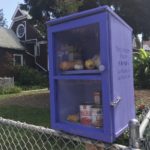