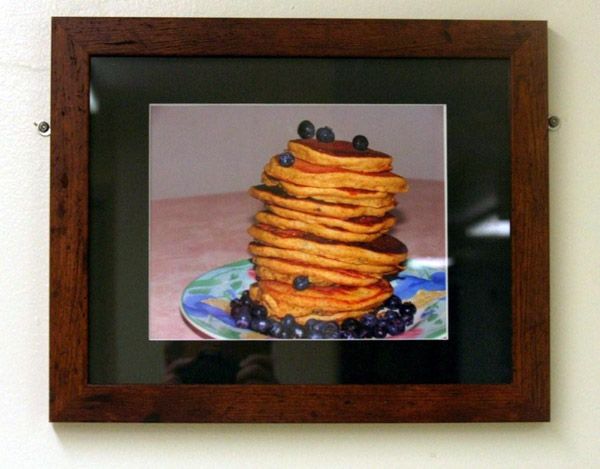 When most think of Brooklyn’s cultural communities, Williamsburg and DUMBO come to mind, those trendy, hipsterfied ‘hoods where talent is eventually engulfed in superficial chic. But as rents rise and hype surpasses creativity, artists move. In New York City, migration is southward bound. From uptown to midtown. From midtown to Greenwich and the Lower East Side. Across the bridges to DUMBO and Williamsburg and then… where?

The Brooklyn Streetcar Artists’ Group (BSAG) hopes Southern Brooklyn may be the next focal point for a new generation of artists. Branching out of the Brooklyn City Streetcar Company’s attempt to publicize its mission to bring green transportation to Brooklyn using historic trolleys in the borough, BSAG aims to create opportunities for artists and art lovers of all ages.

“The concept is to attract artists from all over, but we really want to represent the art world in the southern part of Brooklyn,” said Arthur Melnick, BSAG’s executive director.

The group opened its first ongoing show at Coney Island Hospital (2601 Ocean Parkway) last Wednesday, featuring 49 installments from 22 local artists. The gallery – the second floor hallway of the hospital – is open to the public until November 27.

Many at the opening viewed the event as building on Brooklyn’s emerging status as an artistic and cultural capital second to none.

Beryl Brenner, who went from Lincoln High School grad to Smithsonian Institute exhibitor, said that Brooklyn has long been seen as the “stepchild” to Manhattan. But Brenner, who is also director of BSAG, is reveling in the changes. “What a great time to be from Brooklyn, and we are nobody’s stepchild anymore,” she said.

For the event’s kickoff speech, Brenner noted the benefits Southern Brooklyn has to gain from its growing art community.

“A generation ago, many of [Brooklyn’s] neighborhoods stood on the brink of disaster. They were becoming crime ridden, drug-addled, and decrepit. The artists changed all of that,” she said. “They improve the quality of life for us all. They impact upon neighborhoods in a positive manner and suddenly the schools begin to improve and the housing improves and the restaurants proliferate and the small businesses like boutiques and galleries begin to appear. Before you know it, everyone wants to be there,” she added.

Brenner’s excitement appeared to resonate with all of BSAG’s exhibiting artists, most born and raised in areas like Coney Island, Mill Basin, Marine Park, and Bensonhurst. Many of them joined BSAG from other groups, like Brooklyn Waterfront Artists’ Coalition, a downtown Brooklyn group. Others were locals working on small one-off exhibits like those at the Salt Marsh Nature Center or the Brooklyn Aquarium. Melnick and other BSAG leaders successfully cobbled together this hodgepodge of painters, photographers, and mixed-media artists to begin the groundwork of an organized Southern Brooklyn art scene, and optimistic vibes permeated among the beaming artists Wednesday night.

And the art is worth seeing, too. Bill Storoniak of Dyker Heights is showing off two vivid photos – Nathan’s in Coney Island and the Brooklyn Bridge – that warrant a closer look to ensure it’s not painted. Harriet Plitch has a set of paintings of the city’s older architecture, including the haunted Merchant’s House Building in Manhattan (she has a first-hand experience with the resident spook, if you’re interested). Photographer Richard Resnick, a retired train dispatcher, has a beautiful study of Fort Morrow in Puerto Rico. And Anthony Marra, Jr., is showing paintings with a unique flare derived from a vision impairment.

In all, the collection is a grouping of young and old, first-time exhibitors – like Michael Brenner (Beryl Brenner’s 25-year-old son) – and accomplished artists like Coney Island’s patron saint of weirdness, Takeshi Yamada.

BSAG is preparing now for its next steps. They’ve already booked a weekend show at the Salt Marsh Nature Center on November 7 and 8. They’re also contacting local politicians to support their efforts for a permanent space in Southern Brooklyn.

“Our ultimate goal is to have a home with gallery space, studio space, classroom space, an auditorium for the performing arts… just a total arts center,” said Melnick.

Whether or not Southern Brooklyn is poised to become the city’s next art center, any arts presence is still an important and necessary aspect of our neighborhoods. Currently in a state of change and identity confusion, the diverse neighborhoods of Brooklyn’s Gold Coast need the cohesion provided by the arts, and the visual chronicling and interpretation of its tales.

Brook-Krasny, a Russian immigrant whose attendance at the opening was unexpected, said it best: “In an area where more than forty languages are spoken, there is one language uniting everyone. That’s the language of art.” Amen… let’s hope this seed sprouts.

(All photos courtesy of Richard Resnick)