Bader Ginsburg is celebrating her 25th Anniversary as a Justice of the Supreme Court. At the time of her appointment in 1993 by former President Bill Clinton, she was the second woman to sit on the nation’s highest court.

“In an era where popular culture puts performing artists and sports stars on a public pedestal, Ruth Bader Ginsburg has risen to incredible levels of iconic admiration and love,” wrote Borough President Adams in a press release. 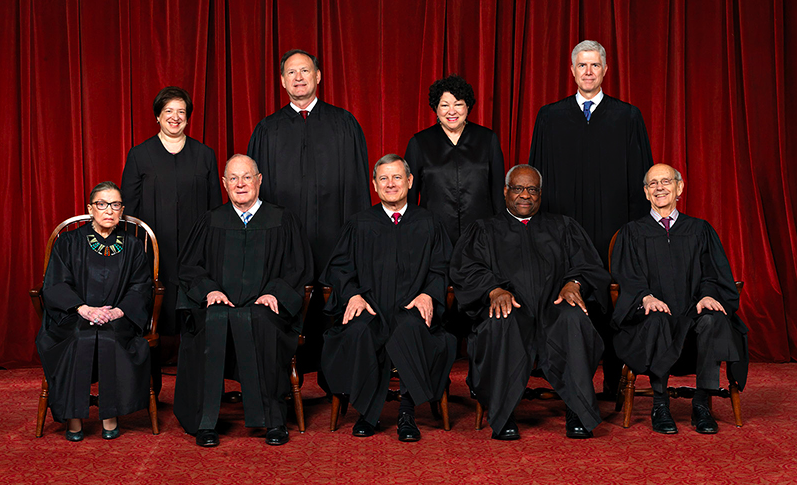 “Society often waits to recognize a lifetime of accomplishment until after that lifetime ends. In this case, we can honor the life and service of Ruth Bader Ginsburg during what we hope will be a long and active remaining life,” he added. The Brooklyn native grew up in the Flatbush portion of Brooklyn.

Bader Ginsburg is a Brooklyn native who grew up in Flatbush to Jewish parents. Her father was an immigrant of Ukraine and her mother was the child of Austrian immigrant parents. The 85-year-old Justice attended New York City public schools where she graduated from James Madison High School. Bader Ginsburg went on to continue her education at Cornell University and then Columbia Law School.

The Brooklyn Municipal Building at 210 Joralemon St. at the Southwest corner of Court St. sits next to the borough’s judicial area. The building houses many of the city’s offices including the City Clerk’s office where people get married and the Department of Buildings.

“The life of Ruth Bader Ginsburg is a quintessential New York story,” wrote Adams. “She rose to the apex of her profession, staying true to her ideals and principles.”

Sheikh Osman And The Shop That Caught On Fire

Sheikh Osman And The Shop That Caught On Fire