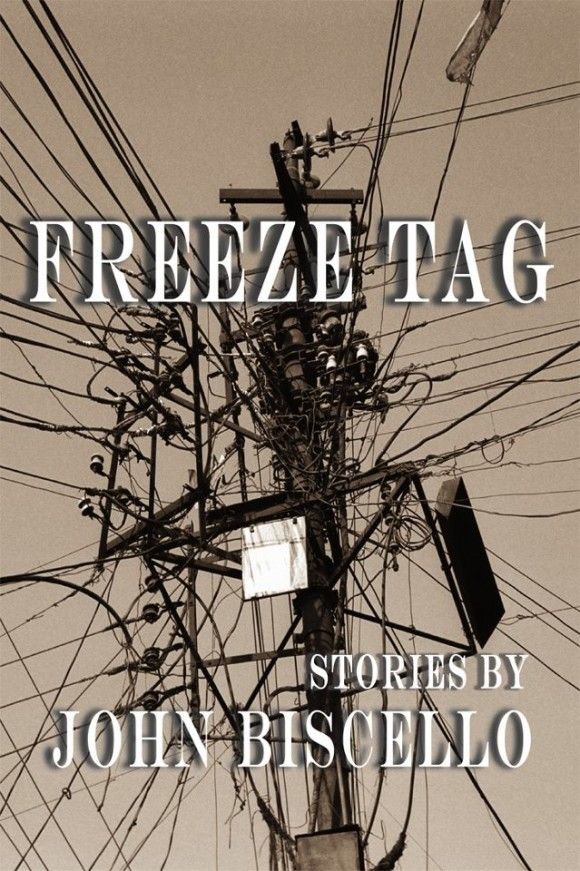 With a rich and colorful history, it is no wonder Bensonhurst and its cast of characters continues to be an inspiration for films, television shows and books.

Author and former Bensonhurst resident John Biscello just released his book of short stories called Freeze Tag dedicated to his childhood in the area and the inspiration he drew from his experiences there.

He grew up on 62nd Street and 18th Avenue and he sets most of his stories on the familiar 18th Avenue. Though Biscello now calls Taos, New Mexico his home for the past ten years, his childhood plays a major part in his present day literary career.

When I was younger, before I started traveling into the City which at that time was practically a foreign land to me, my neighborhood felt like the entire universe.  When I was very young the block on which I lived was my universe; as I grew older my universe expanded to include 18th Avenue.  That’s the fascinating thing about neighborhoods, the way in which they shape our identities and attitudes, how they function as enclaves and bubbles, both for better and for worse.  Even after I left Bensonhurst, I began working and hanging out in the City when I was 18, then started traveling, and eventually moved to Taos, New Mexico, where I have lived for the past eleven years, the neighborhood, and all of its stories and characters stayed with me, have lived inside me deeply and I wanted to give voice to these ghosts and memories.  There’s a quote, ‘When you leave Brooklyn, you ain’t going nowhere.’ Eleven years in New Mexico, but I’m still very much a Brooklyn boy at heart.

Comprised of five stories and a novella, the book takes readers inside the heart of Bensonhurst where a boy teaches himself how to disappear as his family collapses around him, group has their last desperate hurrah at a dive strip club, a comic book artist returns home to grieve his lost childhood love, and a middle-aged woman uses baby-talk to seduce her daughter’s boyfriend.

Here’s an excerpt from Biscello’s book:

I found out about Ilya’s death from Petey. I lived in San Francisco, Petey still lived in Bensonhurst, and because he was unmarried, he still lived with his mother, Rosa.  It was an unspoken custom in Bensonhurst that sons, no matter what their age, would live at home until they got married. (There were, of course, exceptions to this custom, but for the most part it was observed.) Sons stayed at home because of their mothers. Fathers, in this particular equation, were not necessities but more like living fixtures that came with the house. Sons stayed at home because of their mothers, and if they never got married they never left, and if they got married then later divorced, they’d immediately move back in with their mothers.

Looks like Bensonhurst, even for those who have moved all the way out to New Mexico, continues to be a major inspiration for artists and writers.