We’re very sad to hear about the death of Ned Vizzini, a Park Slope native who is perhaps best known for his semi-autobiographical book It’s Kind of a Funny Story, which was also made into a film of the same name. The Los Angeles Times is reporting that the author committed suicide in New York City. He was 32 years old.

“One thing that I loved about growing up in Brooklyn was that once I could ride the subway, it was a world of strange possibilities,” he told The L Magazine last year. “I could see people vomiting or making out at any time. That atmosphere of being amid the unexpected is good for a book.”

It’s Kind of a Funny Story is based on his brief stay in the adult psychiatric ward at Methodist Hospital when he was 23, and the film adaptation was shot in various locations around the neighborhood. He moved to Los Angeles from Brooklyn.

“Los Angeles has been more creatively productive for me than Park Slope,” he said in a Q&A prior to the release of the movie. “It has to do with ambient noise: in Park Slope the ambient noise makes you always feel like you should be doing something else; in Los Angeles you wake up and birds are singing and there’s nothing to do but write.”

Condolences have been hitting Twitter since Shawn Ryan, co-creater of Last Resort, an ABC show Ned had written for, tweeted the news last night, and Kyle Buchanan has a lovely tribute posted on Vulture:

I could go on about Ned Vizzini, and especially how encouraging he was of his friends and how genuinely in awe he was of other writers. Everyone he’d ever worked with or known well, he praised at length as though he simply couldn’t fathom how creatively that person’s mind worked. Every time, I just wanted to say, “Ned, you’re a better storyteller than all of them. You know that, right?”

House of Secrets: Battle of the Beast, a book he co-wrote with Chris Columbus, is a sequel to this year’s middle-grade novel House of Secrets; it’s scheduled to be published in March, 2014.

Our thoughts go out to his wife Sabra and their son, and to all his family, friends, and those readers who have enjoyed and found comfort in his work. 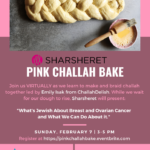