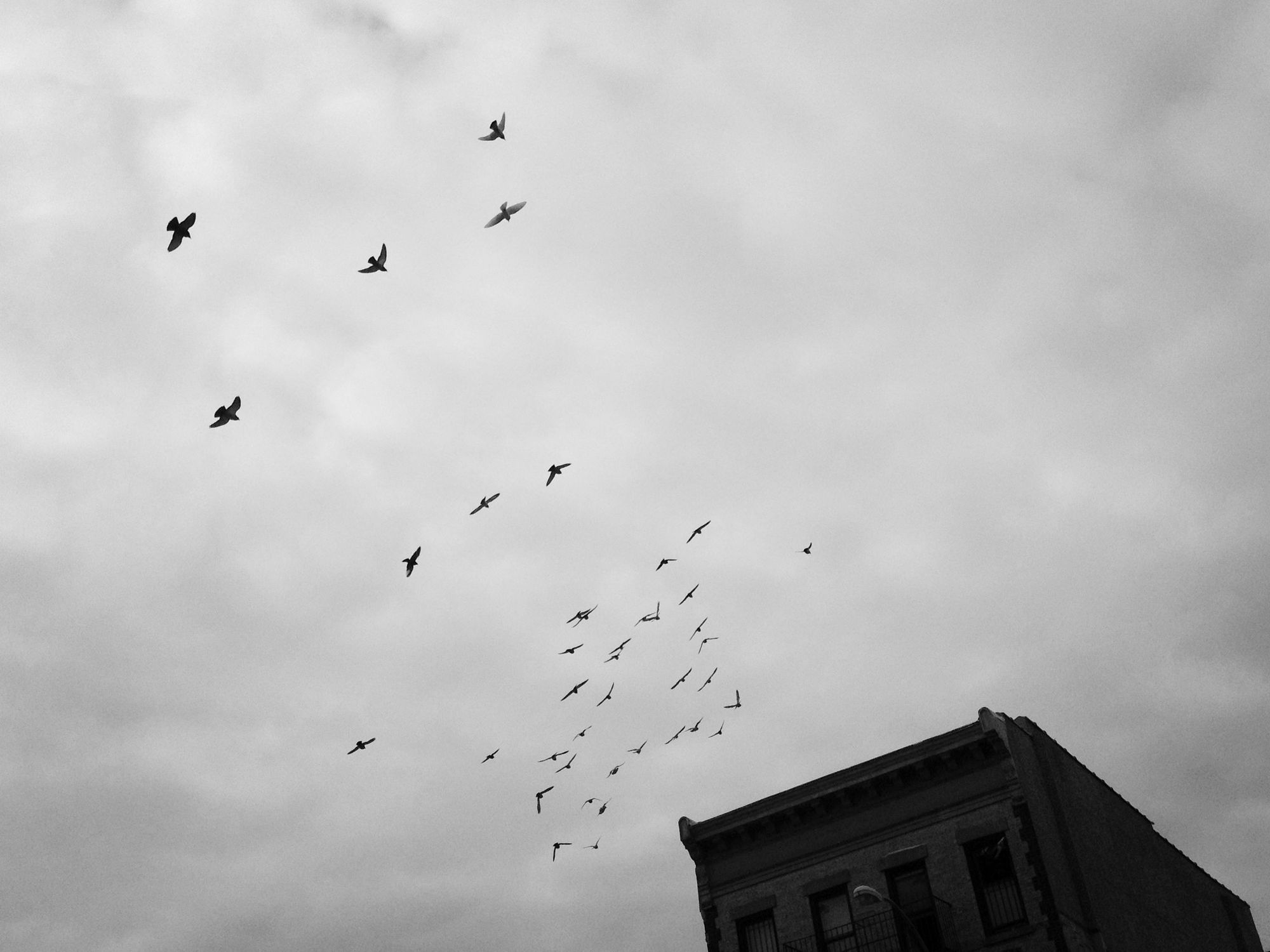 Across the five boroughs, pigeons are wreaking havoc with their ample poop, but nobody complains about it more than Park Slopers. According to a piece in the Times, the most complaints to 311 about “unsanitary pigeon conditions” since 2010 have come from our neighborhood. And there is, apparently, a lot 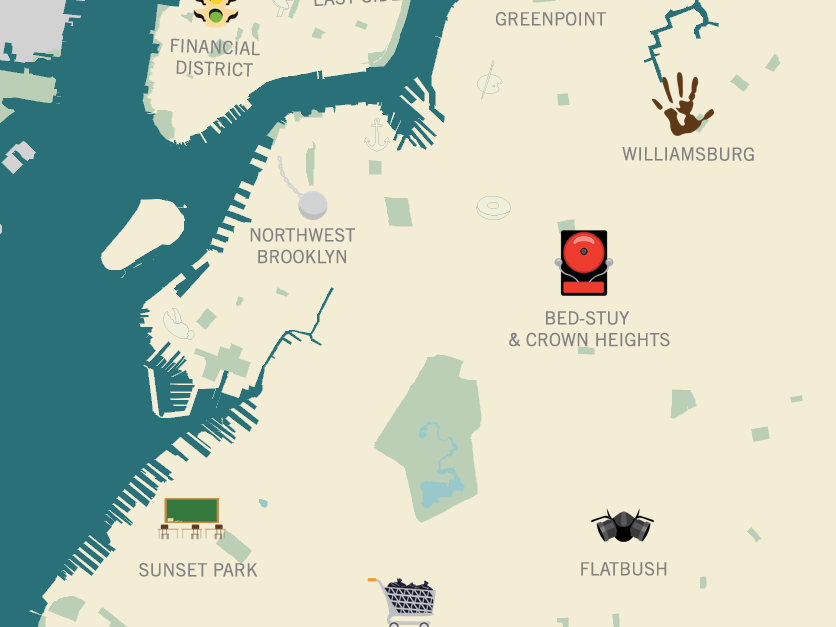 311 complaints rarely seem very funny when we’re making them (or dealing with the frustration that comes when they’re not efficiently responded to), but there’s something about maps with pictures or sound that just makes stuff like garbage, rats, and potholes a little more entertaining. Now online 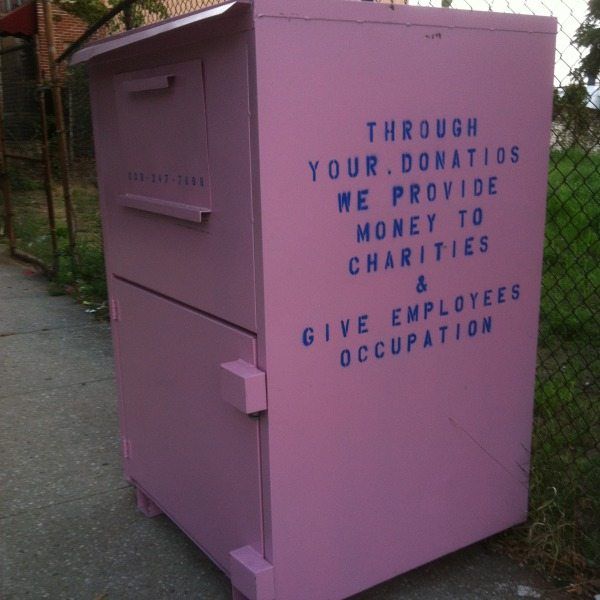 Those for-profit clothing donation bins just won’t go away. We spotted one on 13th Street, between 4th and 5th Ave (right around the corner from the bin that was set on fire back in July), and neighbor Carrie Miller sent us the above photo of one that made its 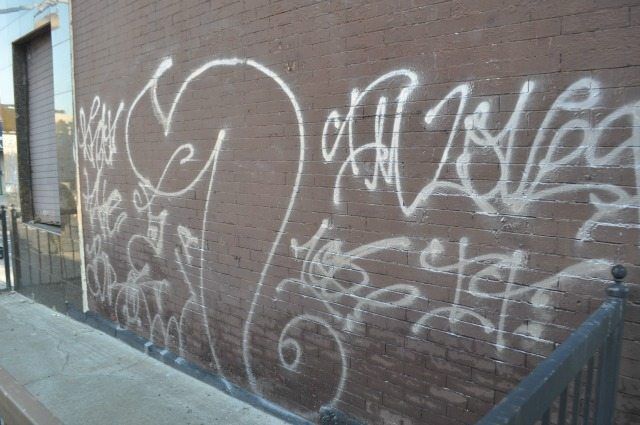 A reader emailed us last week to express concerns about an increase in graffiti along 5th Avenue. On 20th street and 5th ave graffiti has gotten so bad that these vandals are writing over each other. Not that it is their fault but how do we get the owners of 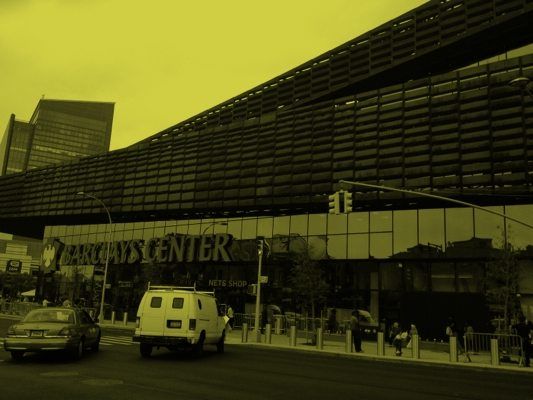 Neighbors are saying it literally stinks to live near the new Barclays Center, because patrons have been using the surrounding area as a make-shift toilet. At a quality of life meeting with residents, local officials and Barclays reps, residents complained of public urination (and one instance of defecation) that is 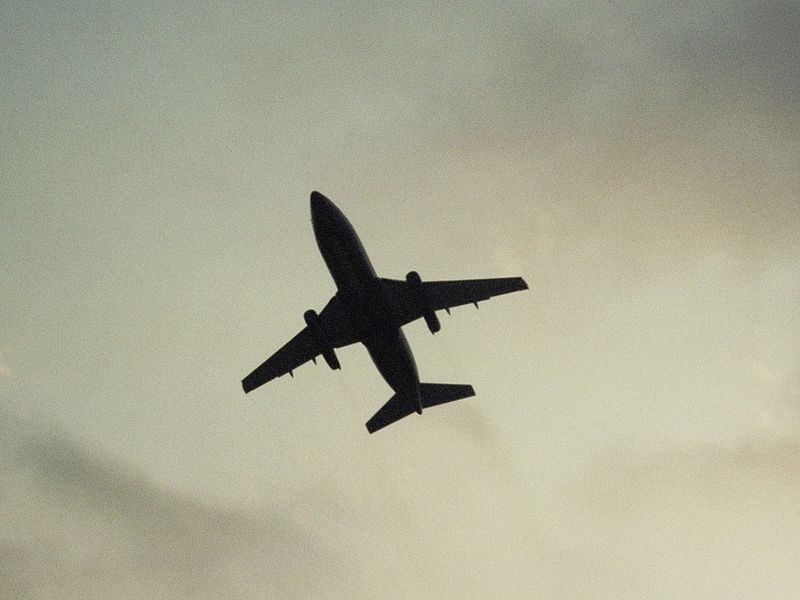 It’s been a while since anyone in the area complained of noisy plane routes, but it seems like it’s picking up again. From Ryan McCarthy on Twitter: https://twitter.com/mccarthyryanj/status/252046746824364033 And if you take a look at the signatures on a petition at Prospect Park

We're betting at least one of the cars in this photo is parked illegally.It looks like we opened a floodgate with our coverage of the illegally parked van on Avenue W last week, as a torrent of messages about similar situations have poured into our inbox. A post for

Some of you may have noticed the exceptionally windy weather we’ve had lately. With winds gusting at 45mph, many trees in the area took lots of damage, just like the following fallen branch across the street from 2260 East 19th Street. Most likely this grand branch snapped off last