Source: Koonisutra/FlickrFormer State Senator David Storobin has a plan to help the poor if elected to the New York City Council this year: let them shop at Walmart. The only Republican candidate running to replace term-limited Councilman Michael Nelson has penned an op-ed for the Jewish publication Matzav.com 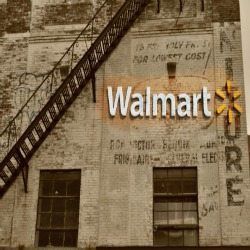 Okay, okay….Walmart isn’t really coming to 5th Ave. Breathe. Seriously, though, what would you like to see open up in the old Frost building?

Source: Koonisutra/FlickrProving that resistance is not futile, the All-American Ultra-Chain, Walmart, has retreated from efforts to plant its flag in East New York. Since at least 2007, Walmart has been paving the way for an invasion of Brooklyn’s Gateway II shopping center. Local activists claimed America’s largest

Courtesy of Koonisutra via FlickrNew York Magazine has put together a nice roundup of bribes donations Walmart has made around the city, as it attempts to cobble support together for its push to have a Brooklyn location (presumably, the Gateway Shopping Center in East New York). The big-box retailer has

from TerraCRG via brooklynpaper.comThere’s a new twist in the tale of big box retailer BJ’s Wholesale Club coming to the Gravesend Bay waterfront, a story Bensonhurst Bean broke last Monday. According to News Corp.-owned publication The Brooklyn Paper, Walmart has been talking with TerraCRG, the company