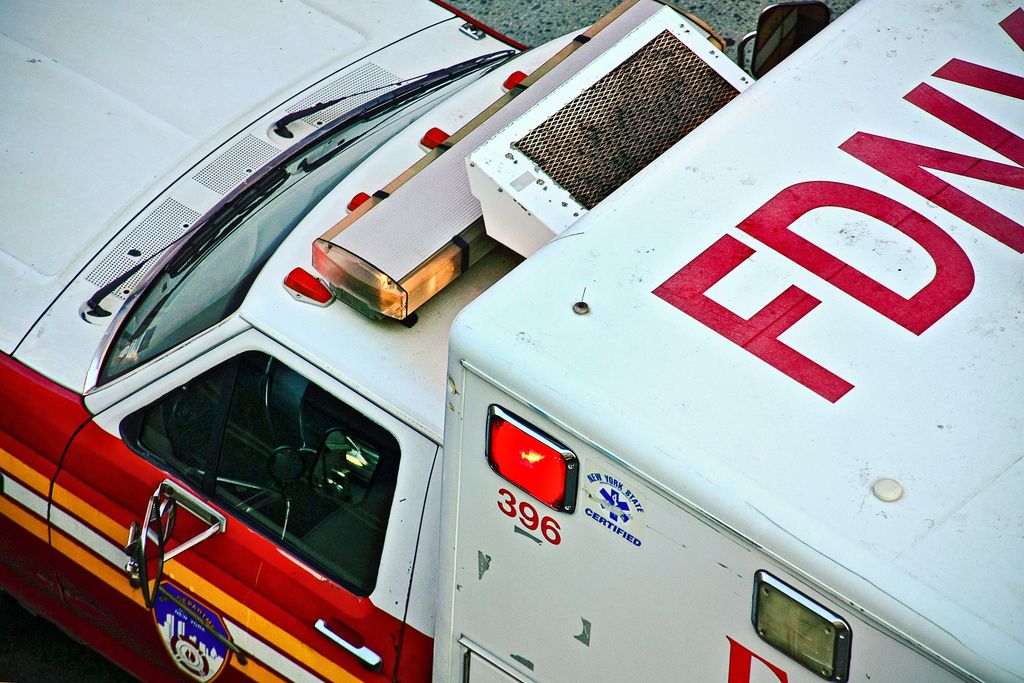 An FDNY ambulance. (Photo: Tomás Fano [https://www.flickr.com/photos/tomasfano/4245678925/] / Flickr)A teenage bicyclist was killed Sunday night during a head-on collision with a drunk driver in Gerritsen Beach, police say. Sean Ryan, 17, was riding his bicycle north in the median on Gerritsen Avenue around 9pm

Source: joo0ey via flickrA New York City corrections officer was caught racing down the Verrazano-Narrows bridge while intoxicated. SI Live is reporting [http://www.silive.com/news/index.ssf/2013/08/city_correction_officer_from_s_1.html] that the officer was driving over 80 mph, over 30 mph faster

East 14th and Ave. ZIn New York City, the streets are dangerous. If you are young and have all your faculties, sometimes you forget how important it is to be able to sprint or hop at the last second to dodge a speeding car or step out of the way

Source: Google MapsViktor Avavayev, who was riding in a limousine with two female companions, was crushed to death after the limo driver accidentally reversed and pinned his body against a parked car. The limo was parking at Kings Highway and Bedford Avenue on Sunday. Avavayev and company had stepped out