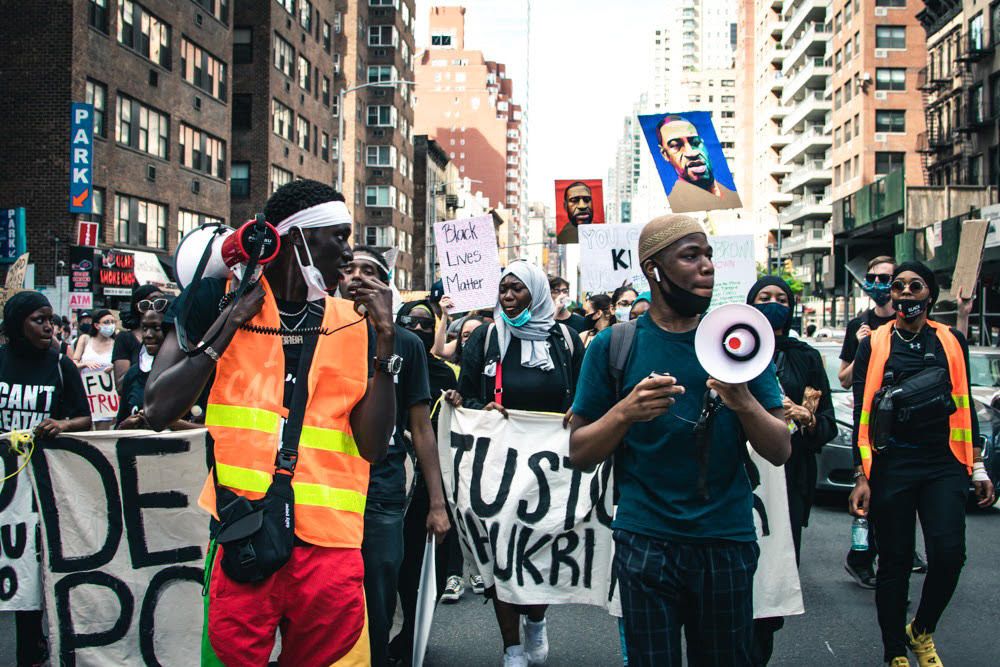 Alhassan Umar (right) at a protest. (Photo via Mamadou Barry, Leboss Shoots Photography, with permission)THE BRONX – When Alhassan Umar was almost two years old, he moved to the Bronx from Ghana. A few months later, 23-year-old Amadou Diallo was shot and killed by the police in that very borough.

CROWN HEIGHTS – A man in Brooklyn who was accused of shooting another man was shot and killed by cops himself last night. On Tuesday, June 2 at around 9:26 p.m., cops arrived on the corner of Bergen Street near Rochester Avenue to find a 49-year-old man who was