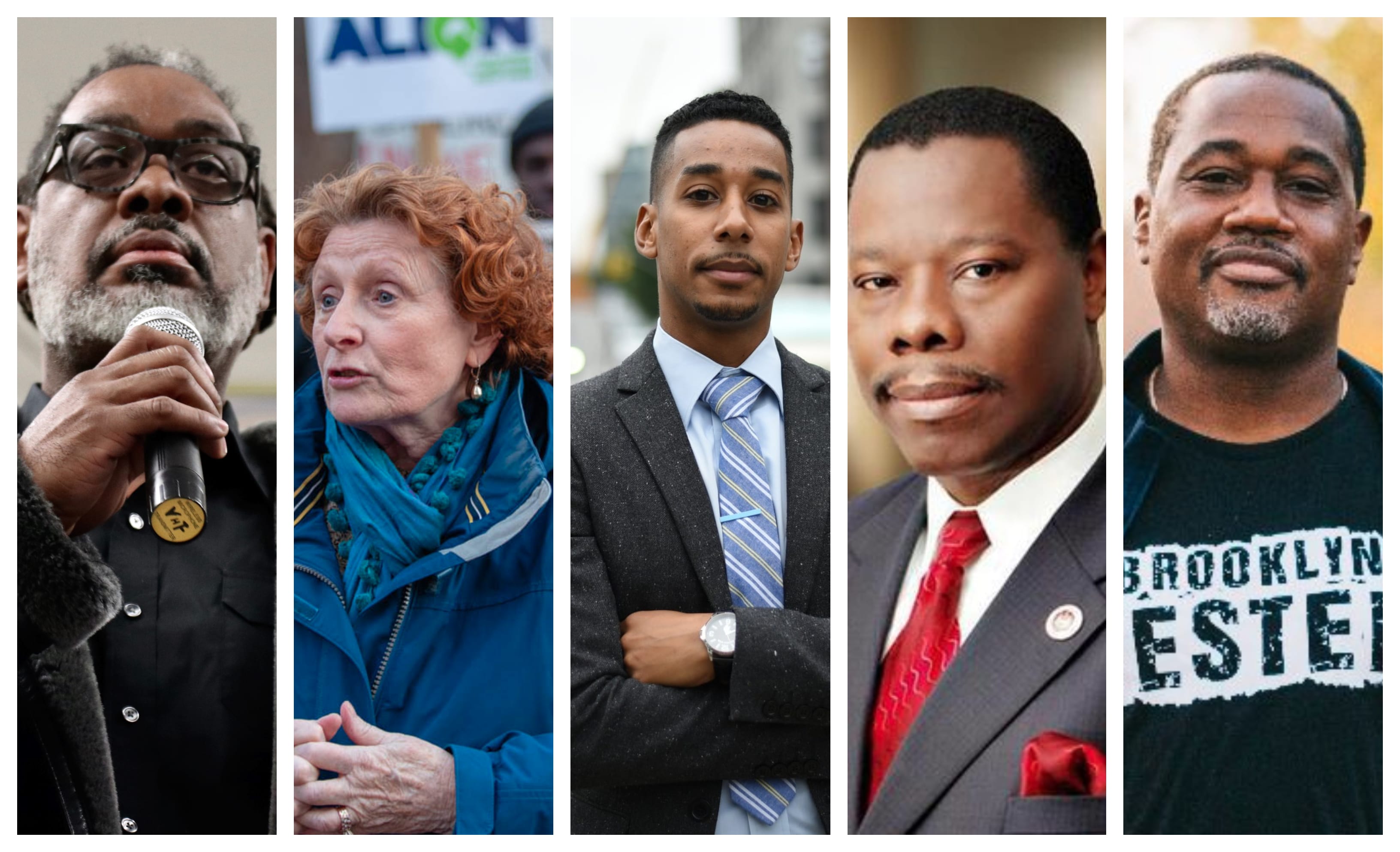 “Look, I think community boards have huge issues with them that need a lot of reform.”

That’s how Brooklyn Borough President candidate Antonio Reynoso began his response to a question about community boards at a virtual forum last night.

The borough president has relatively limited power, but the office does directly control the appointment of members to the borough’s 18 community boards, neighborhood bodies that take advisory votes on issues ranging from rezonings to bike lanes to liquor licenses.

The boards are meant to be a forum for community engagement, but they sometimes foment frustration amongst the advocates and stakeholders that most frequently engage with them. In 2018, voters approved a city charter revision that imposed term limits on board members, and required the borough president’s office to publish demographic data.

But complaints remain. Some see the boards as overly restrictive when it comes to land use; others say they’re too permissive. Some say the boards have no real power, while still others see them as roadblocks to progress.

“If you’re wondering why your street doesn’t have a bike lane,” wrote David Meyer in an article for the transit site Streetsblog NYC in 2019, “you might want to check with your local community board.”

So at last night’s forum, which was organized by the Coney Island-based Seaside Independent Democrats, Bklyner asked the candidates vying to replace term-limited BP Eric Adams how they would reform the institution.

Reynoso, who currently serves as a Council Member in north Brooklyn, jumped into the deep end by suggesting that community boards’ votes shouldn’t be solely advisory.

“What we need to do is look at the community boards and empower community boards by giving them more resources, more structure, and also give them more binding votes, votes that actually carry water through the entire process of whatever they’re voting for,” Reynoso said.

“You can vote to stop a bar from opening because they’ve had a lot of noise complaints,” he explained. “You can vote for that, make a recommendation and they’ll still get their liquor license because it’s only a recommendation. It is advisory. We need to change the advisory capacity of community boards and empower those people a lot better.”

But he also expressed frustration about the sparse attendance at some board meetings, and concerns about mismatched demographics, specifically calling out Brooklyn Community Board 1, which includes Greenpoint and Williamsburg (though available data shows the proportion of Black and white board members roughly matches that of the community, Latinos are underrepresented by about 10%).

“I wanna make this volunteer position mean so much more to these folks that are putting all this time on it,” he said, “and we do that by being honest with them that the reform needs to happen.”

Other candidates were somewhat more measured in their suggestions. Jo Anne Simon, who currently serves as an Assembly Member in northwest Brooklyn, said the boards needed to have “balance” beyond just that of race and ethnicity.

“They get criticized because they’re required to do things that are very technical,” Simon said. “They have a lot of work and they need help to do that work more effectively.”

Khari Edwards, a former Brookdale Hospital executive, also said he would “use our budget to strengthen the training process” for board members, and suggested creating an “emeritus” position for an outgoing board member “so that we don’t lose an understanding of how the community has worked.”

But he also threw out a number of reform ideas. He said “the first and foremost thing” would be to create a local “screening committee” to help evaluate board member applications “so that I know that they have the best interests at hand.”

He suggested lowering the minimum age for board membership from 16 to 14, and creating a “Director of Community Boards” position to “help navigate the conversation, the implementation, the recruitment” at the boards (it’s not entirely clear how this would differ from the current system, in which staff liaisons report to the Deputy Borough President, who oversees the member appointment process).

Another contender, Robert Cornegy, was less specific. He said he was “acutely aware that there’s a lot of work that can and needs to be done around community boards,” but didn’t explain what that work might be.

“I don’t want to throw out the baby with the bathwater,” said Cornegy, who currently represents Bed-Stuy in the City Council. “I don’t want to condemn those men and women who work hard every single day on community boards, on particular committees, to bring to bear the needs of their communities.”

A fifth candidate, Flatbush Council Member Mathieu Eugene, said he wanted to “educate people about the land use process,” and give the boards money to conduct outreach to immigrant communities, though he was vague about what that would entail.

Though the borough president appoints all community board members, local Council Members do have a say: they get to nominate several candidates, a process that allows them to shape the boards’ geographic, political and demographic leanings.

Notably, none of the three candidates who currently serve on the City Council—Reynoso, Cornegy and Eugene—mentioned their existing role in that process.

In addition to the five candidates who participated at the forum, at least seven other candidates have filed to run for the borough presidency, but early endorsements and financial disclosures point to a four-way race between Cornegy, Simon, Reynoso and Edwards.