We have covered the toll it has taken all year through. The uncertainty, the deaths, the hardship, the community of neighbors that stepped up again and again. We tried to make sense of numbers and plans that did not make sense. We flagged and pushed for better reporting on cases at the neighborhood level.

Today, we look at some of the toll the pandemic has taken on Brooklyn, in numbers and maps.

We are far from being in the clear. Data from the city suggests that based on 7-day averages, Southern Brooklyn is still reporting 10-11% infection rates, with five of the top ten neighborhoods: 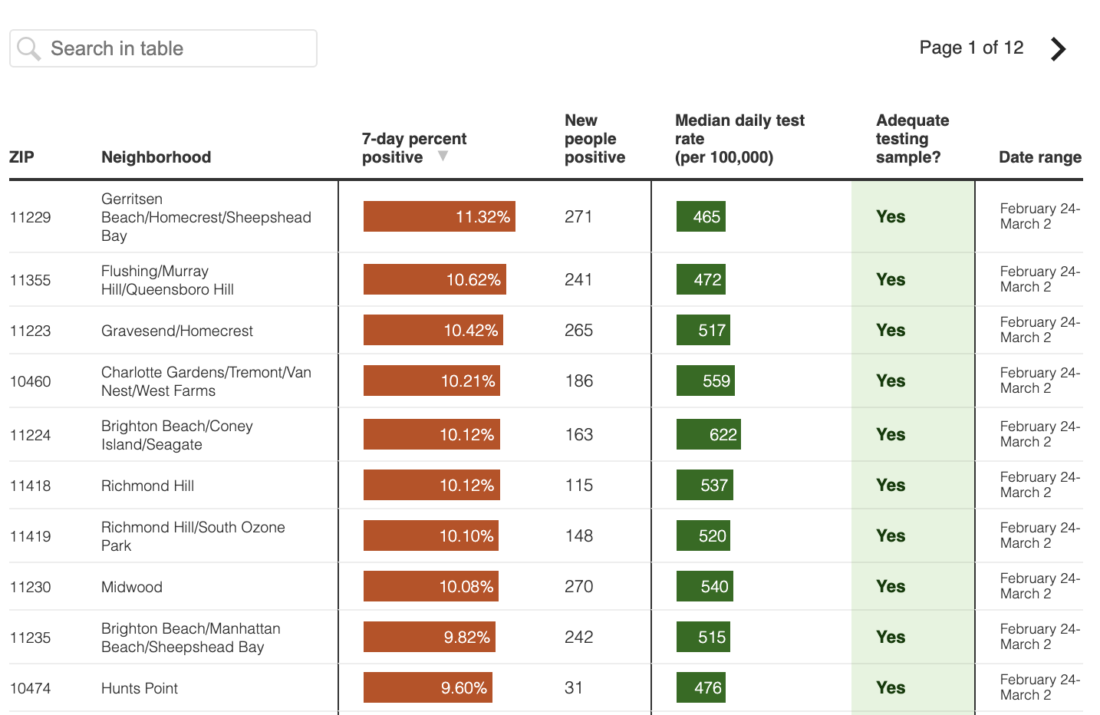 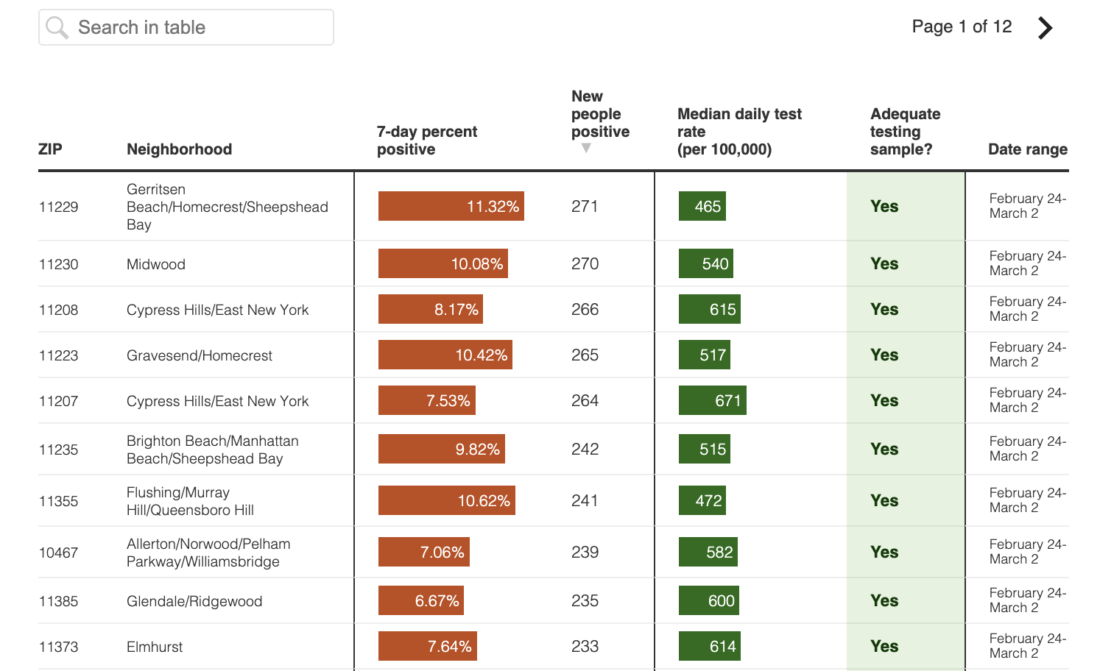 Southern Brooklyn leads in absolute numbers of infected residents as well. In fact, 6 out of the top 10 neighborhoods are all in Brooklyn, four of those in Southern Brooklyn and two are in East New York.

I’m adding in a screenshot of Brooklyn’s demographics from the Census – it will help to put the data that follows in context. 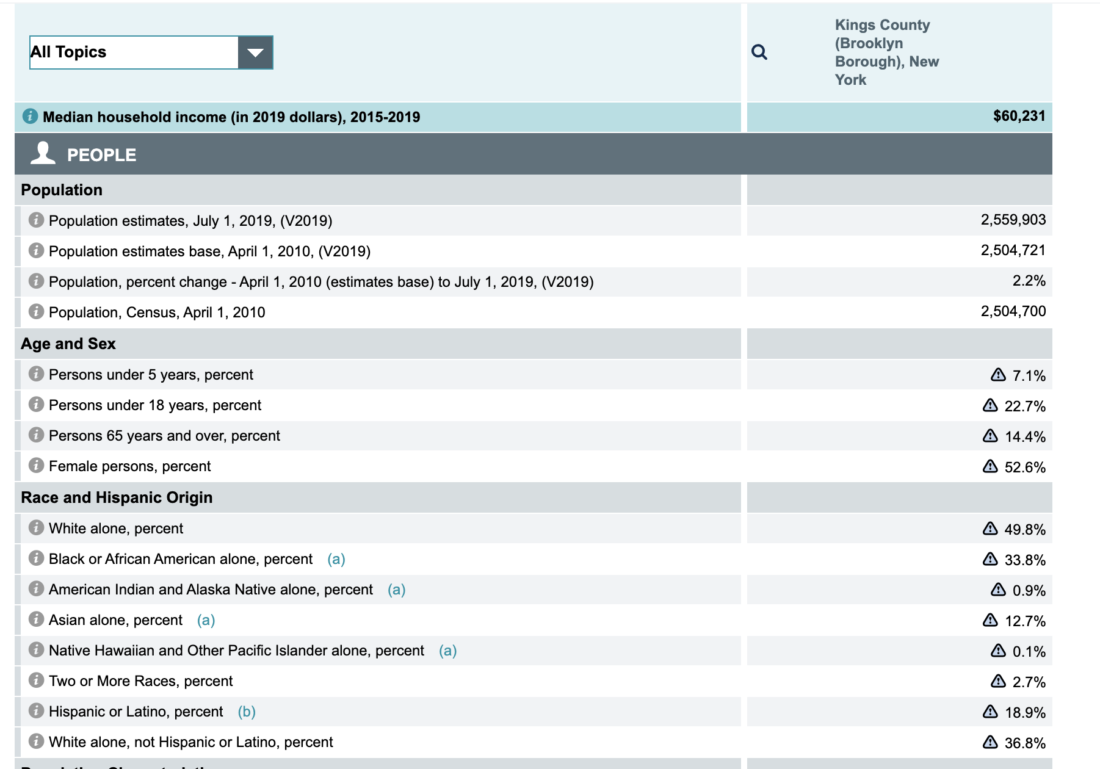 So far, 182,217 Brooklyn residents have received news of a positive COVID-19 test result. That’s just over 7% of all Brooklyn residents, but as we all know, many more may have had it without realizing, or without having been tested. 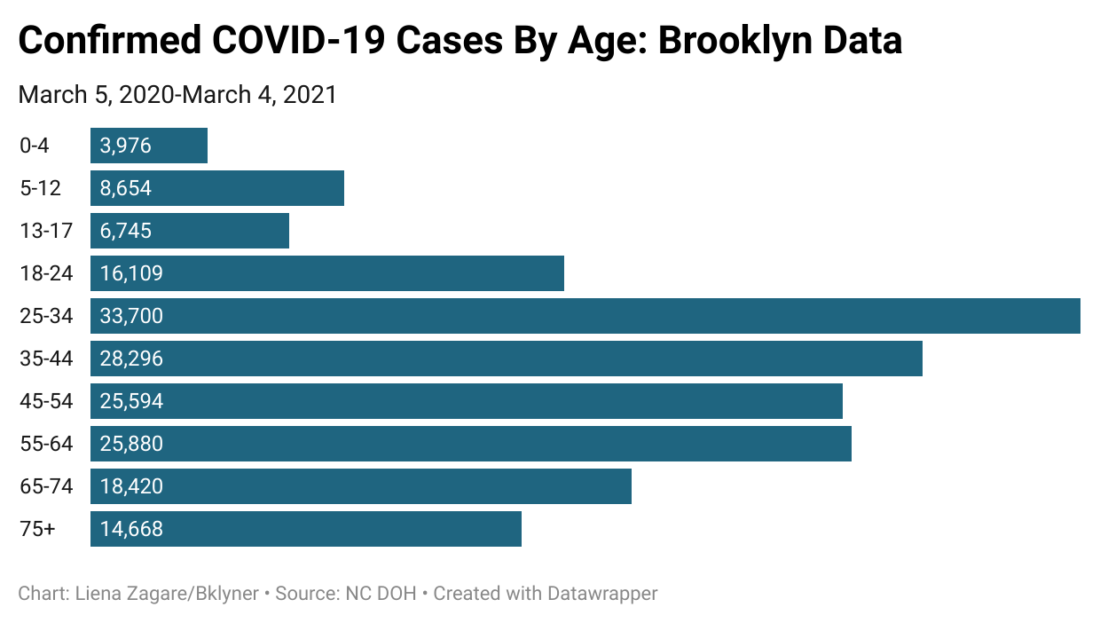 By race, the breakdown is as follows: 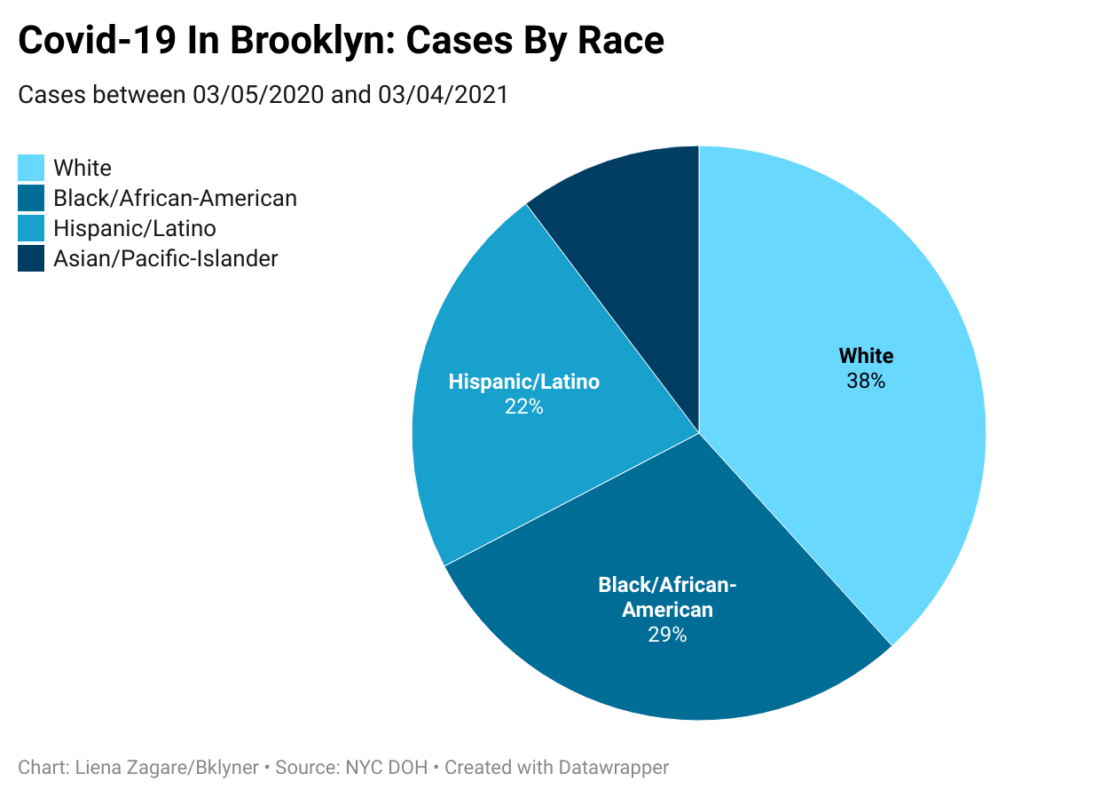 When it comes to serious illness, men were more likely to be hospitalized – of the 26,675 Brooklyn residents that were hospitalized, 13,998 were men. 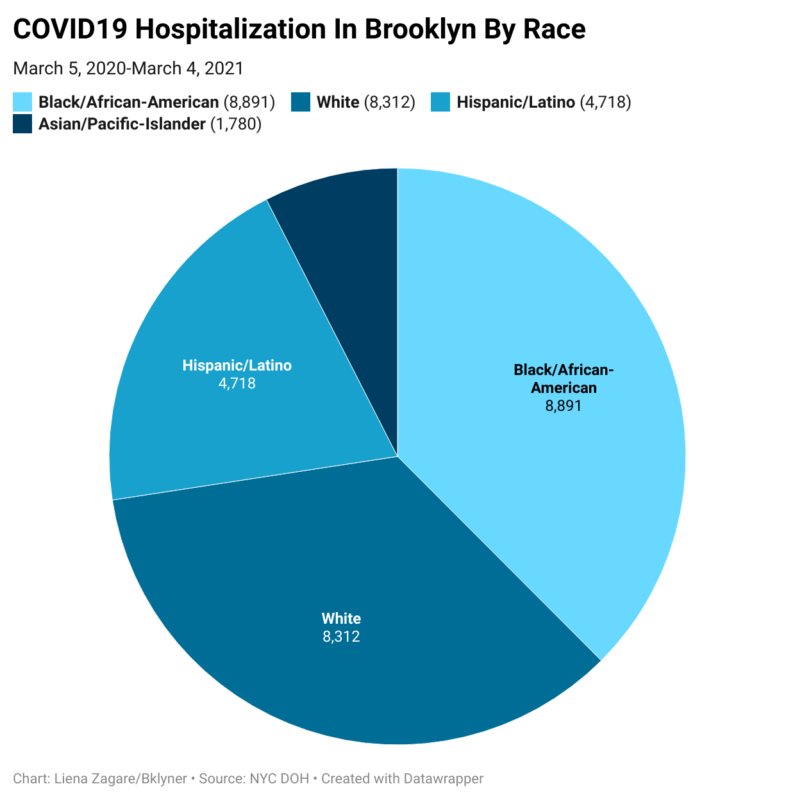 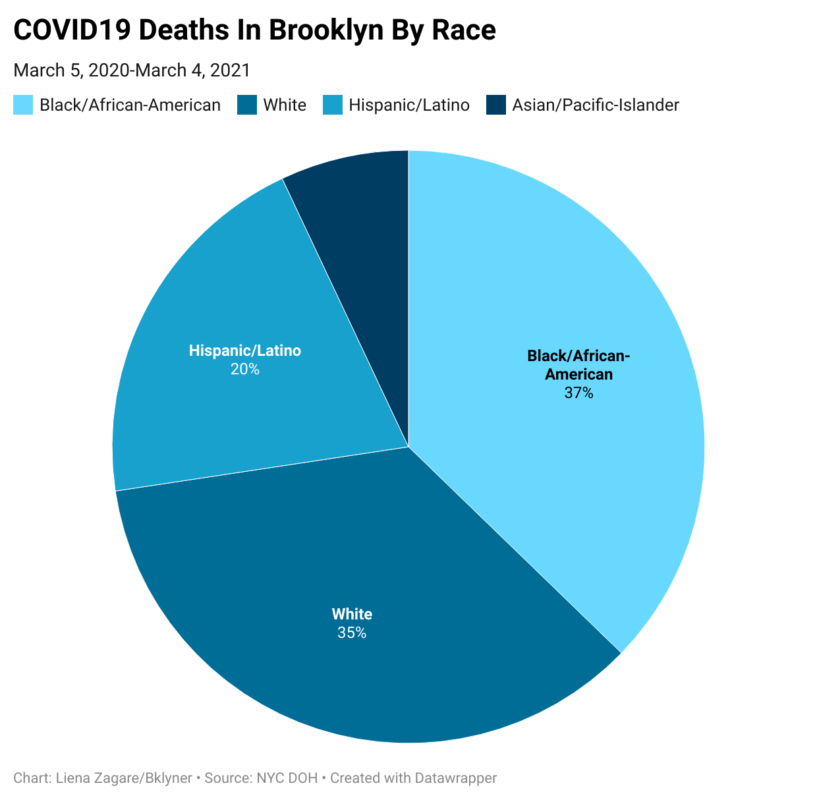 We lost an incredible number of our elderly neighbors.

When you look at the data by neighborhood, COVID-19 hit Southern Brooklyn particularly hard, followed by East New York, and Western parts of the borough.

When it came to deaths, similar patterns emerge, with Eastern and Southern parts of Brooklyn taking the brunt.

As the vaccination efforts roll out, let us not forget that we are far from herd immunity based on available data: