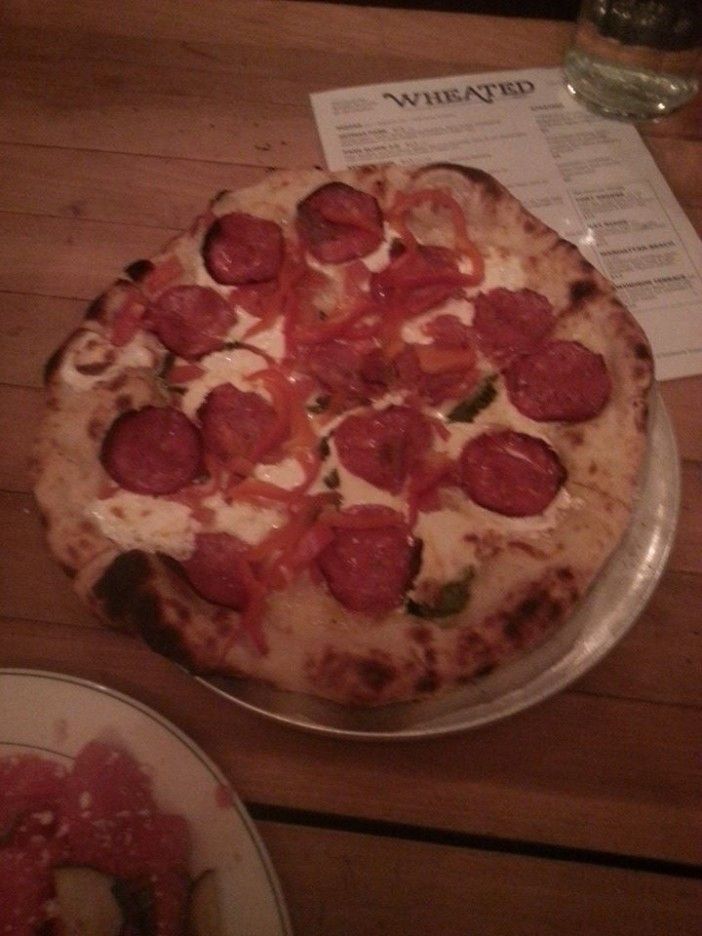 Each year, food guru Adam Kuban releases his list of “8 Pizzas That Haunt My Dreams” on Serious Eats – and we were excited to see Wheated (905 Church Avenue) on it!

In his list, which includes eateries from across the country, Kuban wrote:

Owner-pizzaman David Sheridan’s trajectory was somewhat similar to Paulie Gee’s in that Sheridan built himself a backyard wood-fired oven, honed his craft, and then went and opened a Brooklyn pizzeria. Despite setbacks thrown at him by Hurricane Sandy (he lost his ovens, which were in storage in Coney Island), he and his wife Kim McAdam opened late last year.

He goes on to heap love onto Wheated’s pizzas in general, saying, “the crust here is fantastic, the sauce bright and well-balanced, and the toppings well thought-out.” Specifically, it was the restaurant’s East Williamsburg pie with jalapenos and sausage that haunted Kuban’s dreams this year, and he concludes that he’ll “be back in 2015 to try more pizzas – and the impressive bourbon selection.”

David said he was thrilled to make it onto this year’s list, writing on Wheated’s Facebook page:

Since before we opened, heck, since I was just thinking about opening a place, I had hoped to one day make it onto Adam’s yearly pizza list. Adam has done as much as anyone to elevate/shed a light on pizza as I know. He was also one of the first folks to visit my backyard pizza oven. It took several years to hone my skills/dream from that backyard experience into what Wheated has become. I am very honored to have made the list this year.

Many congratulations to David and the whole crew at Wheated!