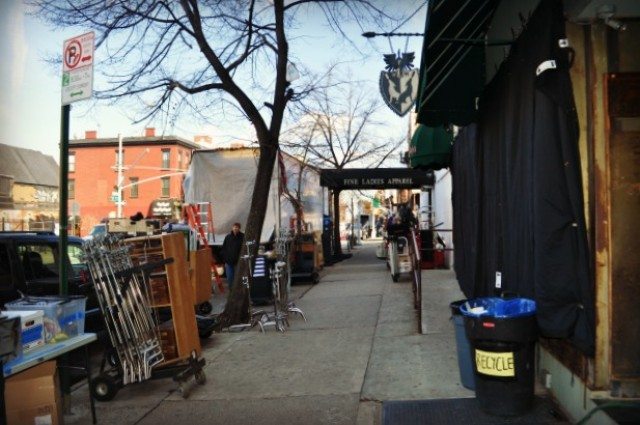 After shooting around Park Slope [/blog/art-music/the-skeleton-twins-with-kristen-wiig-shoots-at-high-dive] earlier this week, The Skeleton Twins [http://www.imdb.com/title/tt1571249/], an upcoming independent film staring Kristen Wiig and Bill Hader, has moved into our neck of the woods. The crew was spotted at a black curtain shrouded Freddy’s (627