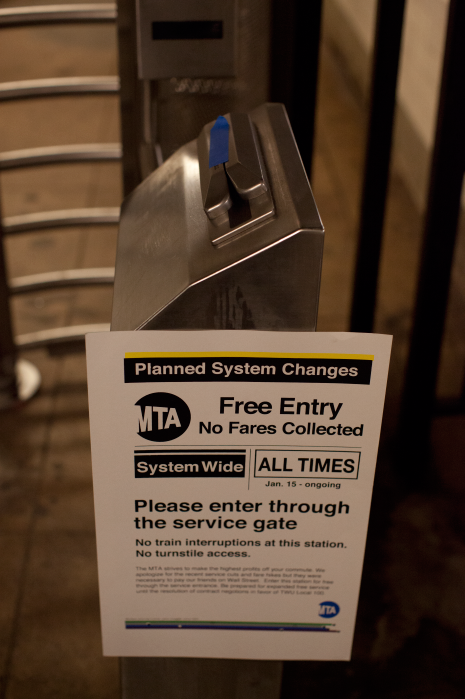 Back in March, several subway stations around the city had their emergency exit gates chained open [http://articles.nydailynews.com/2012-03-28/news/31251895_1_subway-stations-transit-workers-president-john-samuelsen] , with official-looking signs saying that rides were free, all part of an Occupy Wall Street protest [http://strikeeverywhere.net/fare-strike-hits-mta-in-new-york/]. Now investigators have linked a