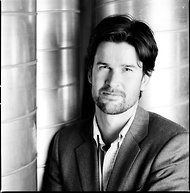 Ditmas Park neighbor and Texas native Roger Hodge has been appointed editor of The Oxford American [https://www.facebook.com/oxfordamerican], reports the Times [http://mediadecoder.blogs.nytimes.com/2012/09/10/oxford-american-names-roger-hodge-editor-after-tumult-of-predecessors-firing/] . > Though Mr. Hodge, 45, lives in Brooklyn, he has ties to the South. He grew up in