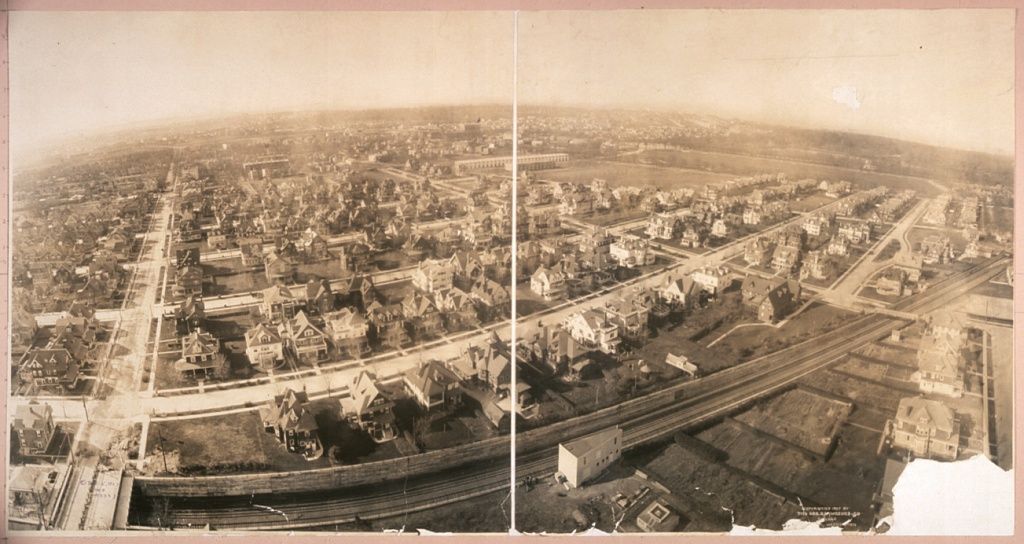 Have you ever seen this before? Turn of the (20th) century photographer George R. Lawrence captured this view of Prospect Park South with his Captive Airship camera, a precursor to modern-day drones, in 1907. The innovation was made by Lawrence, a seasoned aerial photographer, after the basket of a hot