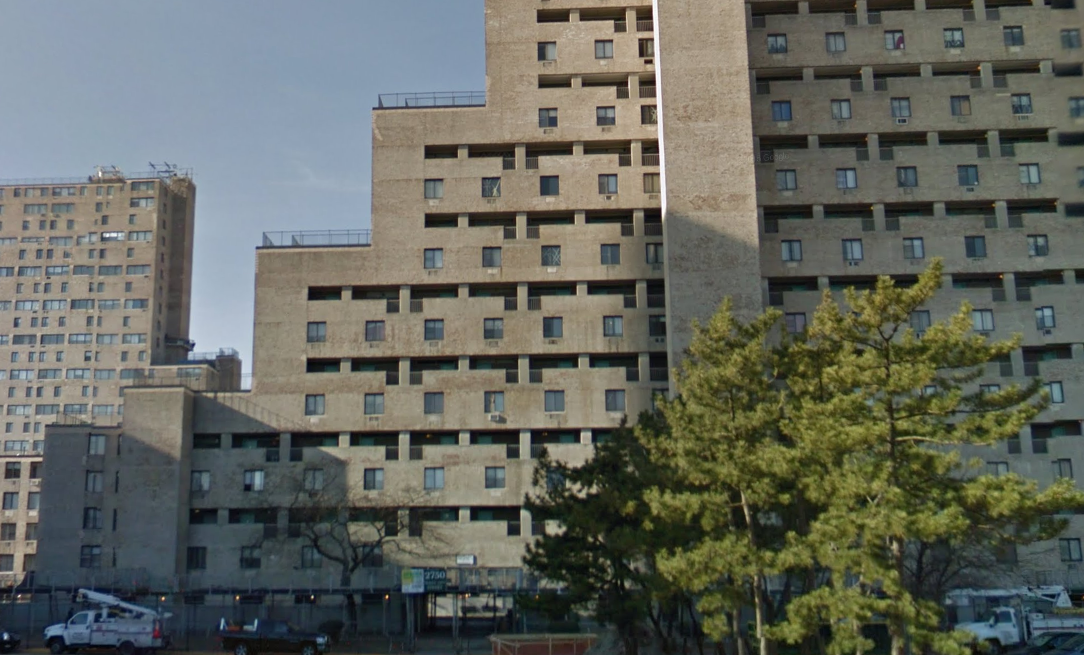 The shooting occurred across the street from the Gravesend Houses on 2753 West 33rd Street. (Source: Google Maps)Two men were struck — one of them a senior citizen — in a shooting that neighbors described [http://newyork.cbslocal.com/2015/06/14/coney-island-double-shooting/] as “an ongoing drug war” near a Coney