PARK SLOPE – Amid much anticipation, Mayor Bill de Blasio, our Park Slope neighbor, finally announced his bid to become the 46th president of the United States and some Brooklyn electeds think the idea is pretty hairy. 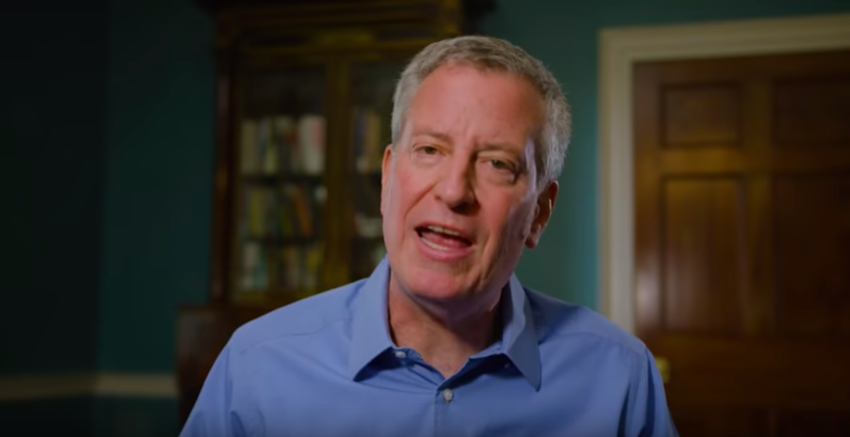 “I have a better chance of regrowing a head of hair than he has of becoming President,” said Congressman Max Rose. The Brooklyn and Staten Island lawmaker expressed doubt about the mayor’s run last month when he similarly gave a “no chance” endorsement.

“Don’t back down in the face of the bully,” de Blasio said of President Trump. “Take him on.”

Following the announcement, councilmembers were shy to share their thoughts on the mayor who still occasionally roams City Hall. Council members Justin Brannan, Alicka Amprey-Samuel and Brad Lander, all members of the council’s Progressive Caucus, went silent when Bklyner reached out for comment.

But de Blasio’s formal mayoral rival, Assembly Nicole Malliotakis, had much to say about the national leap. In fact, the Republican lawmaker, along with her good-luck wishes, had specific pointers.

“As Mayor Bill de Blasio enters the Democrat’s race for President, I wish him luck; he’ll need it,” she said along with a strategic how-to plan for approaching key states during a presidential run.

“Everyone has the right to run for office,” said Adams. “I believe our democracy benefits from a robust exchange of ideas; more ideas are better. I wish the Mayor and his family well.”

The President of the United States, another New Yorker, although not of the city’s pool of lawmakers, also had a reaction to de Blasio’s announcement.

The Dems are getting another beauty to join their group. Bill de Blasio of NYC, considered the worst mayor in the U.S., will supposedly be making an announcement for president today. He is a JOKE, but if you like high taxes & crime, he’s your man. NYC HATES HIM!

While de Blasio will travel to Iowa on Friday, as it stands he’s holding tight to his mayoral seat. Should the presidential candidate leave the city for a consecutive nine days, Public advocate Jumaane Williams will step into the role of acting mayor of which he told Bklyner he is prepared for.

“I ran to be Public Advocate because that’s the job I want,” Williams told Bklyner. “As I said on the campaign trail, I’m ready to fulfill the charter mandate if and when necessary.”