Gatherings of more than 50 individuals are still not permitted, and Mayor Bill de Blasio reminded everyone this morning that there is no West Indian Day Parade this year. Large scale J’Ouvert festivities are also not permitted, but that event has always been less organized, and NYPD is setting up light towers and increasing its presence – both in uniform and undercover – ahead of the weekend in Central Brooklyn, officials informed. 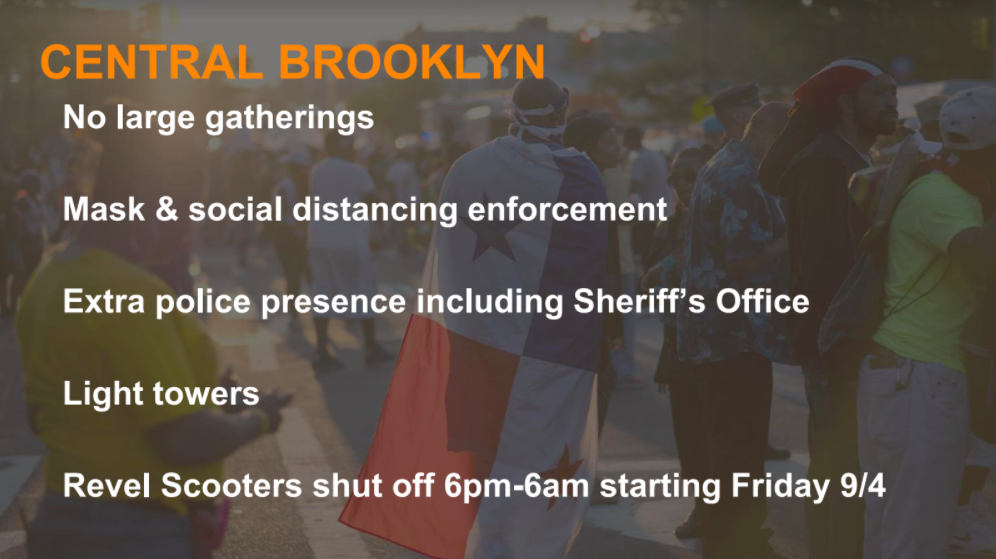 “As we prepare for this Labor Day weekend, we all can appreciate that the landscape of what the city will look like is different,” NYPD Chief of Patrol Fausto Pichardo said. “You’ll see police officers on foot and increased presence, not only in Central Brooklyn, but throughout the entire city. You’ll see them in cars, you’ll see them on foot, in uniform. And quite frankly, some members from other divisions may not be in uniform. And that’s what the overarching goal to keep every New Yorker safe. So I ask and implore everyone in the city to continue what you’ve been doing, to be safe, to be responsible. So together collectively we’ll have a great and safe weekend and we can certainly celebrate next year on Eastern Parkway, just like we’ve done in years past.”

A Year In Brooklyn: COVID-19

A Year In Brooklyn: COVID-19