Whoever came up with the saying “Nothing is certain except death and taxes” left out one of life’s major inevitabilities: moving.

Whether prompted by a new job, a change in circumstances, a birth or a death – moving gets harder each time, as you leave a community and place you know intimately, to start again.  Matt Graber, owner of Cool Hand Movers, knows how emotional moving can be.

Matt grew up on 12th Street in Park Slope, and a few months ago, helped one of the last multi-generational, working-class families on his block move out of the home they had had for over 40 years.

“I’ve known them since I was three and they hired us to do the job. It was an emotional thing,” he explains. “Someone had passed away, they had sold the house, and moving to Bay Ridge. It was a highly symbolic job.

“We went in there and packed up their entire house, cleared up their basement, and moved them. It was a 3-day, complicated job. I put 10 guys on the job every day, it was all hands on deck, and we killed it! And it meant so much to this family that we were able to do this for them.”

You are never just moving stuff. You are moving memories, and that is never a simple job.

Matt started Cool Hand Movers in 2010.  The recession was in full swing, the job market was not ideal but with a bootstrap budget and a lot of determination despite a lot of tough competition, Matt built a strong client network based on quality work and trust.  Cool Hand Movers has continued to grow into a larger company while still maintaining the company’s commitment to quality and good customer service.

“I try to balance between streamlining things and the differences between jobs, including the emotional – I want to know about the context of the move. When we get an estimate request, it’s the beginning of a dialogue. It’s extremely important that we’re prepared.”  Matt emphasizes that they are upfront with customers when providing estimates. He and his team take great care to explain their policies so that there are no surprises.

Just about everyone who’s had to move has had to face some unexpected charges.

“Some jobs, I’ll meet you at the apartment, especially if we’re doing the packing. I try to provide a flat rate. I think it’s a little more professional. We’re moving toward a flat rate. We try to give you as much information up front about what we’ll charge extra for. If we get somewhere and have to carry something an entire block, we have to charge for that. But I’ll tell you about that policy before you book the job.”

Matt is also conscious of the fact that no one wants a bunch of surly, unhappy movers showing up to take you from one home to another. Matt knows that attitude is as important on a job as skill. So his crews are composed of friendly, really nice guys who know what they’re doing and who actually want to be there.

Hard as the work is, Matt emphasizes how rewarding it can be, especially in NYC.

“NYC is a fascinating place to be a mover. You get to travel all over the city, get to know particular cultures and you have to learn how to communicate with every type of person. If you’re a curious type of person, it’s a very interesting job.”

“One of my best workers, Sam, worked for Greenpeace. He’s all about the water, he’s a sailor, he has these ambitions that have nothing to do with moving work. But he came to me with a great attitude and within a month or two picked up enough of the skills to be one of my best workers. There are certain things you can’t teach people. If they don’t have it, they don’t have it. But if you have the right attitude and a basic aptitude for the work, we’ll train you.”

Find out more about Cool Hand Movers, including what clients are saying. If you’re looking for work, they are hiring. 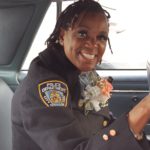 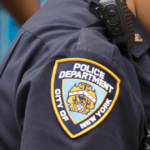