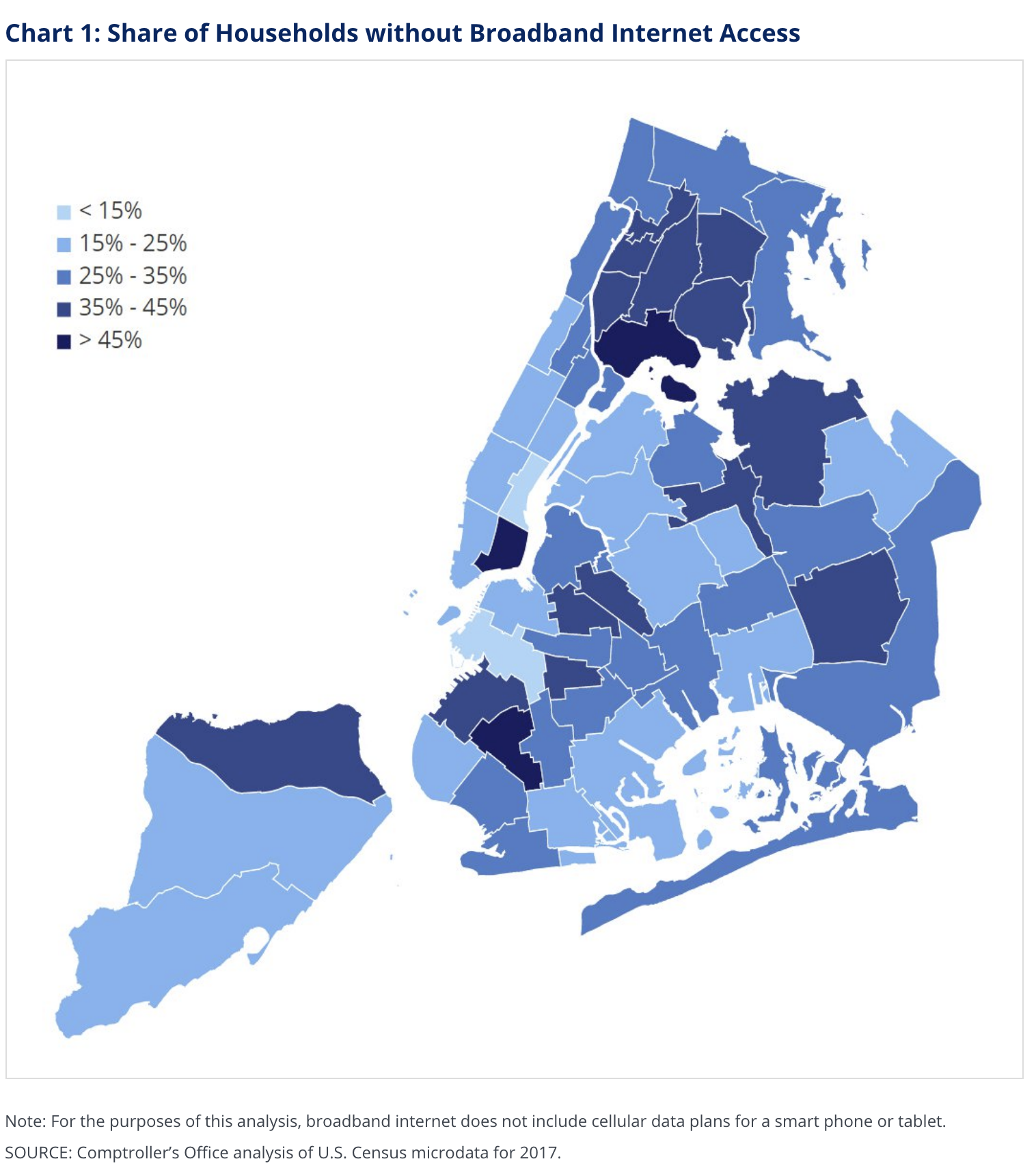 KENSINGTON/BORO PARK – In a report studying internet access in various neighborhoods across the city ahead of the 2020 census that will mostly be conducted online, Kensington and Boro Park are in the top five lacking access to the internet.

“Internet disparities track closely to socioeconomic factors like poverty and are most apparent in traditionally marginalized communities. 44 percent of New Yorkers in poverty lack broadband internet access, as opposed to 22 percent above the poverty line,” the report states.

“Comptroller Scott Stringer’s new report today shows the digital divide across our city runs deep,” State Senator Jessica Ramos said. “This report shows that targeted outreach is absolutely necessary to ensure that we get a full, accurate count in the 2020 Census. We must work to ensure that our immigrant and low-income communities know the census is happening, understand the importance of being counted, and are being counted so that they receive the resources and representation they need.”

To try and close that gap before the 2020 Census, Stringer is proposing the following recommendations:

“When it comes to the Census, the Trump Administration has pursued an all-out assault on non-white communities in a paper-thin effort to intimidate immigrants into invisibility,” Stringer said. “They’ve failed but we can’t allow the digital divide to contribute to the President’s heinous efforts to undercount communities of color and compromise the Census.”

“A complete and accurate count is essential for New Yorkers to receive the resources they need – for many residents, programs that are lifelines are in jeopardy. Data is power, which is why duplicitous forces are intently focused on using the count to hold back marginalized communities,” he continued. “We have to do everything in our power to ensure they fail. The Census comes once every ten years – and we get one chance to get it right. Let’s ensure digital access doesn’t end up being an obstacle to a full Census count.”