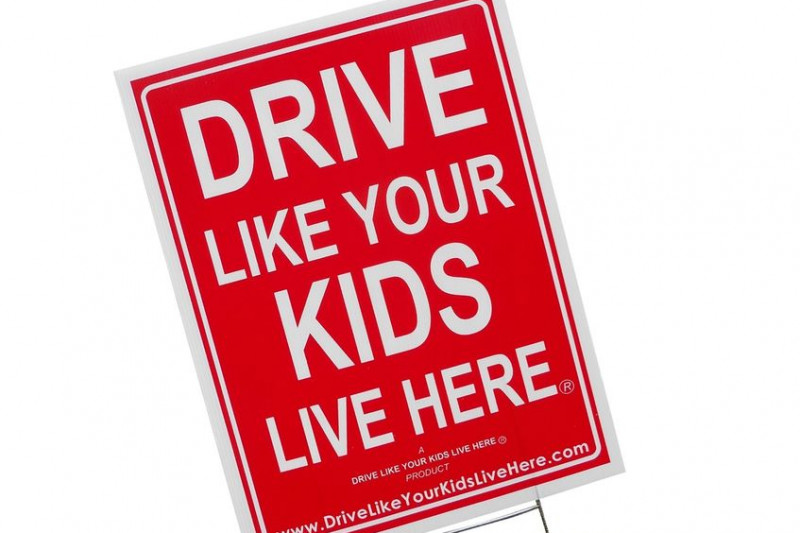 BAY RIDGE – Yesterday in response to the latest crash that landed a bicyclist in critical care on Bay Ridge Boulevard, Bay Ridge Council Member Justin Brannan took to Twitter, urging drivers to slow down and blaming DOT for not doing enough to calm intersections near churches, schools and libraries. Sentiments seconded by the senate hopefuls Ross Barkan and Andrew Gounardes.

Today Gounardes announced his pedestrian safety plan, that he hopes will help him win the NY Senate seat occupied by Marty Golden, who has a checkered traffic safety record.

In the meantime Gounardes is also promoting a community-wide crowdfunding campaign to purchase ‘Drive Like Your Kids Live Here’ lawn and window signs.

“This platform is the culmination of years of hard work and community involvement,” Gounardes said. “Taken together, these steps will go a long way to helping us make our streets safe for all pedestrians. But the single biggest change that we can take doesn’t require any government funding, new laws or increased enforcement: it just requires all of us who drive to be a little smarter and a little safer when we get behind the wheel.” 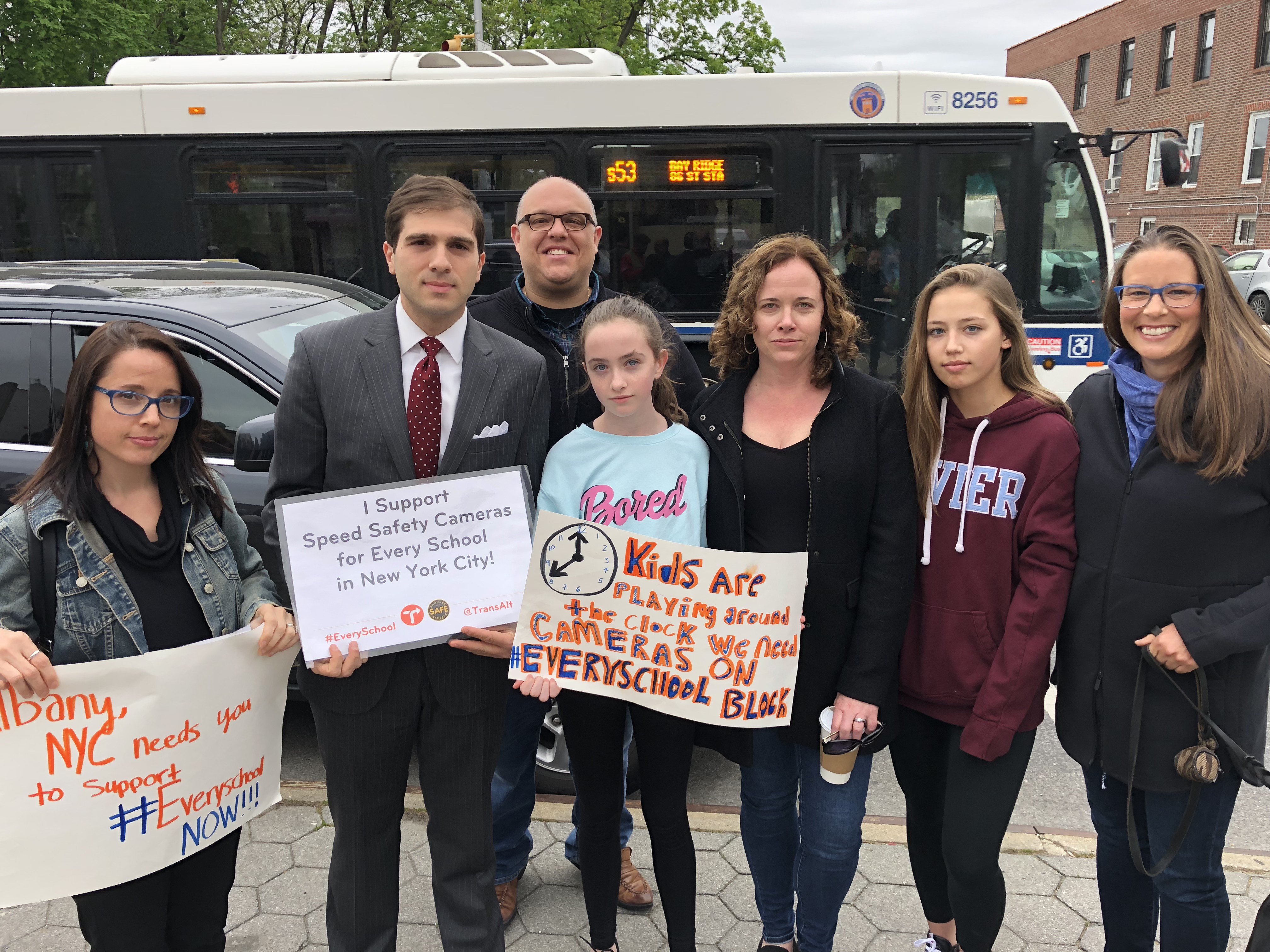 Read on for more details from Andrew Gounardes:

“Last year, 57 Brooklyn families lost loved ones to traffic crashes in Brooklyn, more than any other borough. While the rest of the City has seen pedestrian deaths decline, Brooklyn fatalities in 2017 were up nearly 12 percent. In March of this year, two toddlers were killed and a pregnant mother was badly injured when a driver (whose car had received eight tickets for speeding through school zones and blowing red lights) sped through a Park Slope crosswalk. Brooklyn is first in many things, but pedestrian deaths should not be one them. Parents, seniors and pedestrians of all ages should not have to live in fear of crossing the street in their own neighborhood.

In 2014, Mayor de Blasio introduced Vision Zero, a plan to reduce traffic-related injuries and fatalities across the City. Part of that plan involved targeting our most dangerous intersections and corridors for redesign so that cars, pedestrians, and cyclists can all travel safely and efficiently. I recently inspected all 35 of these “priority” locations in our district (places where multiple pedestrians have been injured or killed) to get a first-hand look at their conditions. Unfortunately, much of the work that was slated has not been done. Transportation Alternatives estimates that if road redesign continues at its current speed, it will take 50 years before all dangerous roads in New York City are redesigned. This is unacceptable. We simply cannot wait while people’s lives are on the line. Rather than reacting every time an injury or fatality occurs, we need to be proactive.

As a former member of the Pedestrian Safety subcommittee of Community Board 10 and an active member of Bay Ridge Advocates for Keeping Everyone Safe (B.R.A.K.E.S.), I have long been focused on ways to help keep our streets safe for all. I have put pressure on government officials to increase the number of life-saving speed cameras in our community, and recently, after touring all of the Vision Zero priority zones in our district, I organized a community forum to improve pedestrian protections in our neighborhood.

By listening to the community, I gained a deep understanding of how much work we need to do to fix our pedestrian safety issues, and I identified a number of strategies we can implement to better protect our residents. My vision to improve pedestrian safety includes: 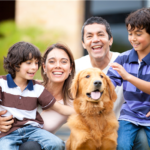