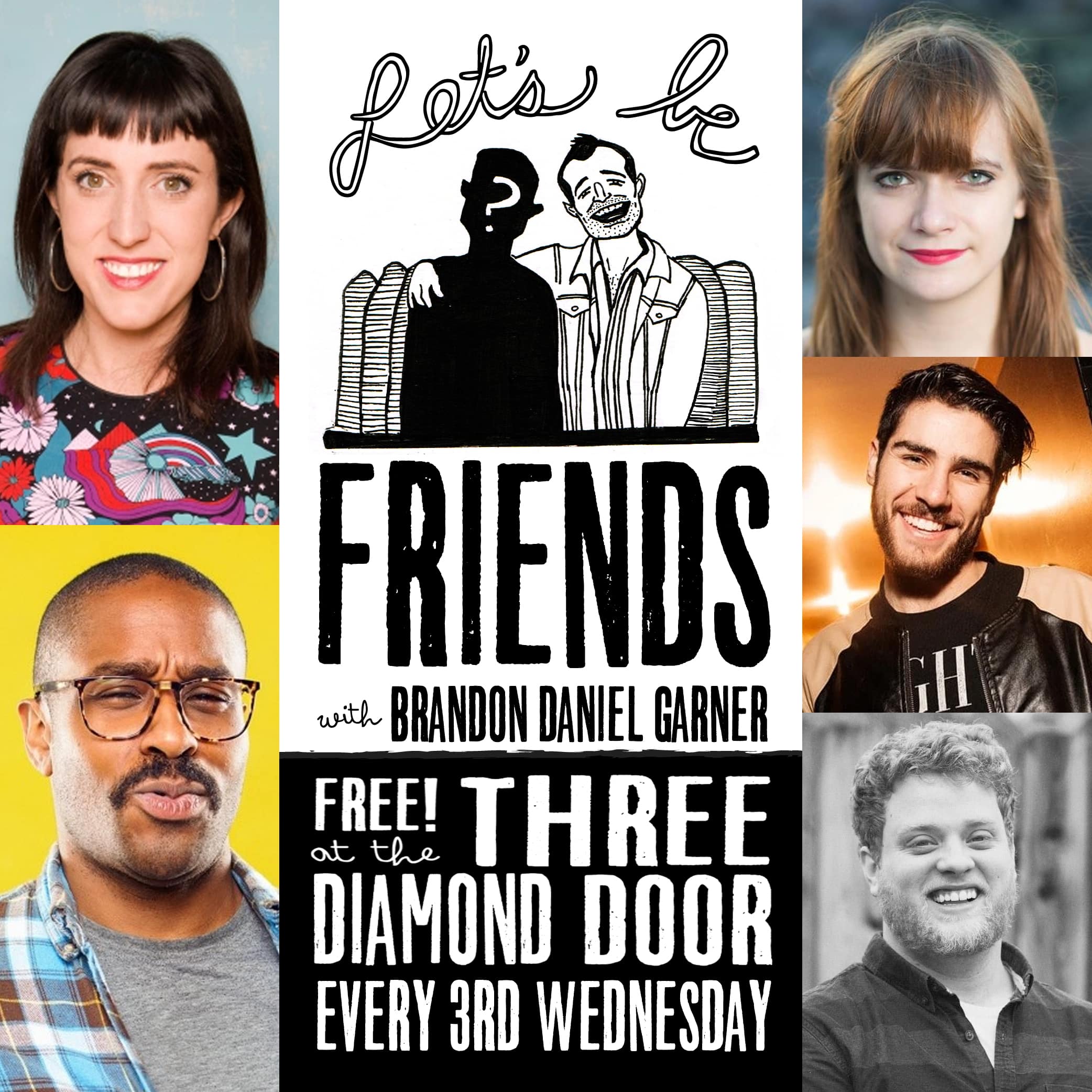 LET’S BE FRIENDS is a comedy show about friendship that takes place every third Wednesday at Three Diamond Door in Bushwick. Brandon Daniel Garner has been performing comedy for years, but he’s been making new friends for an even longer period of time. Now he’s combining his two passions, friendship and comedy, by inviting comics to perform and then questioning (interviewing) on how he can become their friend. He asks them questions like “What animal would you be?” or “Why are you so intimidating?”

A mixture of stand-up, riffing, and interviews, LET’S BE FRIENDS! is a show for anyone who loves stand-up and character-based shows such as CHEERS and PARKS AND RECREATION.

LET’S BE FRIENDS: Come for the comedy, stay for the friendship. And for Brandon’s self-esteem.

NEW VENUE! Let’s Be Friends has moved a few blocks west to the incredible Three Diamond Door! In spirit of this change, this show is the inaugural LET’S BE FRIENDS - WESTERN EDITION.