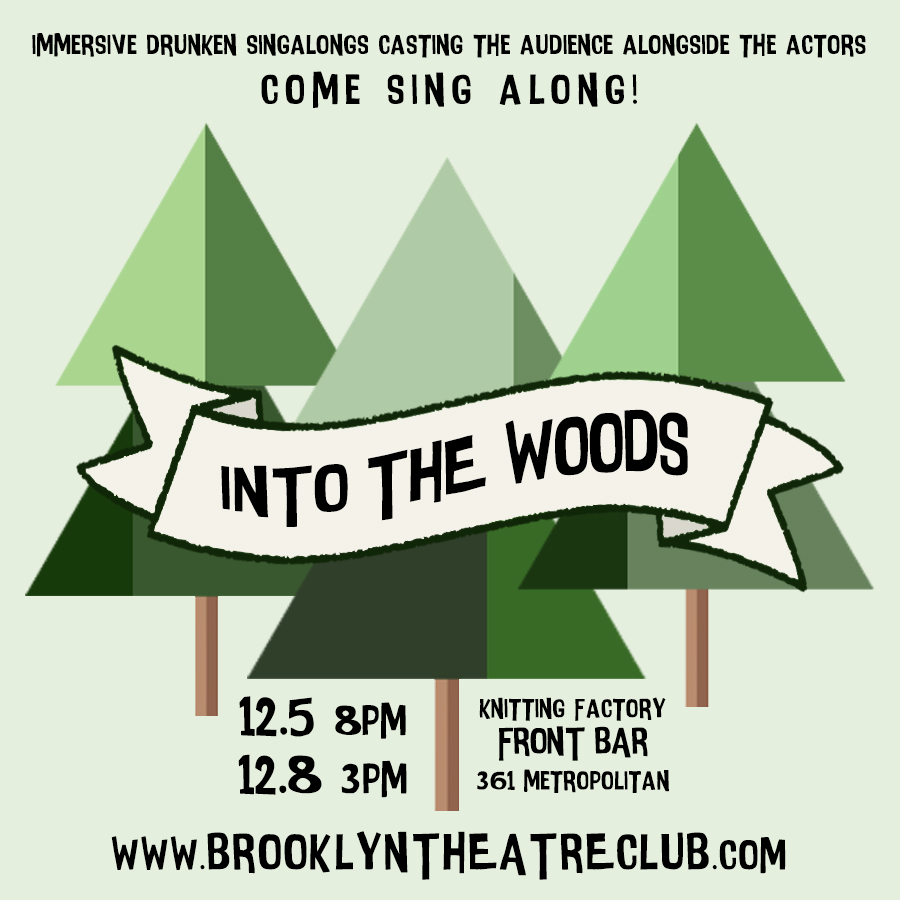 INTO THE WOODS – an immersive singalong experience!

A DRUNKEN SINGALONG OF THE FRACTURED FAIRYTALE WITH PARTS FOR THE AUDIENCE TO JOIN ALONG!

INTO THE WOODS
presented by brooklyn theatre club!

brooklyn theatre club is the only immersive company and drunken singalong that casts our audience in speaking roles and ensemble singing alongside the BTC actors - scripts, props, and costumes all provided! theatre fans enjoy the show, the more adventurous can join along, and everyone involved becomes one hell of a cast party. we have been featured and listed in Playbill, Bustle, The Brooklyn Paper, Brokelyn, Village Voice, The Skint, BroadwayWorld and more.
www.brooklyntheatreclub.com / IG: @brooklyntheatreclub

ABOUT INTO THE WOODS:

Fractured fairytales hit the stage with an epic story about wishes, family and the choices we make. “Be careful what you wish for” is the ongoing theme in Stephen Sondheim and James Lapine’s Into the Woods. The story follows The Baker and his wife who wish to have a child, Cinderella who wishes to go the King’s Festival, Jack who wishes his cow would give some milk, and a familiar cast of many others! What begins a lively irreverent fantasy becomes a moving lesson about community responsibility and the stories we tell our children.

Music and Lyrics by STEPHEN SONDHEIM

INTO THE WOODS is presented through special arrangement with Music Theatre International (MTI). All authorized performance materials are also supplied by MTI. http://www.MTIshows.com