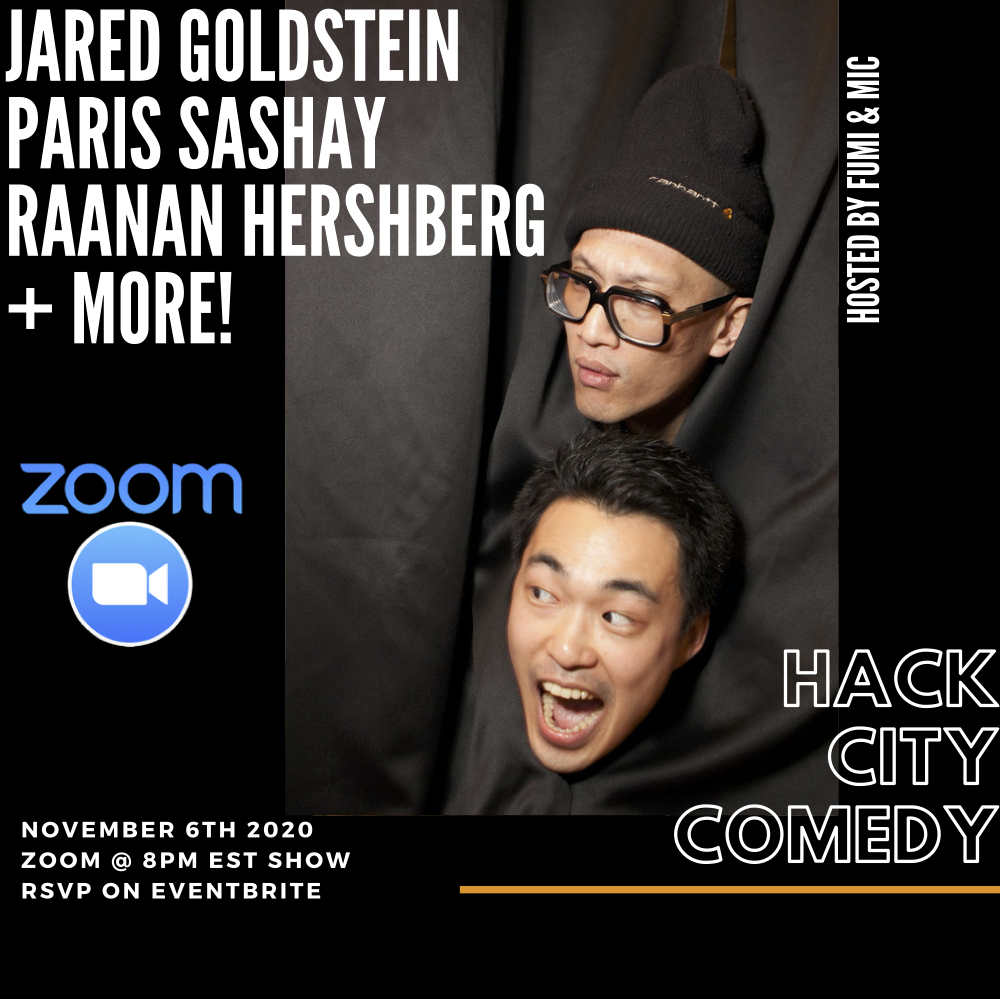 If having an Asian guy on a comedy show is unusual, then having two is just overkill. But that’s what comics Fumi Abe and Michael Nguyen are trying to do with their Hack City comedy show — overkill on the funnies. Join the two as they host one of NYC’s most diverse comedy show, featuring comics from MTV, Comedy Central, and your Facebook feed.

We previously did the show monthly at Canal Street Market. We are now doing the show BIWEEKLY on ZOOM!

Here are some instructions on how to get in the show:

Step 1: RSVP to a show using your real email address

Step 2: Around 7pm on the DAY OF THE SHOW you will receive an email from AsianNotAsianPod@Gmail with the ZOOM LINK. Please wait for a link

Step 3: Click on the link and wait for the host to let you in

Check out our podcast "Asian, Not Asian" at https://www.asiannotasianpod.com/

Email AsianNotAsianPod@gmail.com if you have any questions!