CONEY ISLAND – The Coney Island History Project will be open special hours next Saturday, September 8, to commemorate the tenth anniversary of the closing of Astroland Park (1962-2008). Deno’s Wonder Wheel Park will also host free movie screenings that day in the iconic Astroland Rocket. 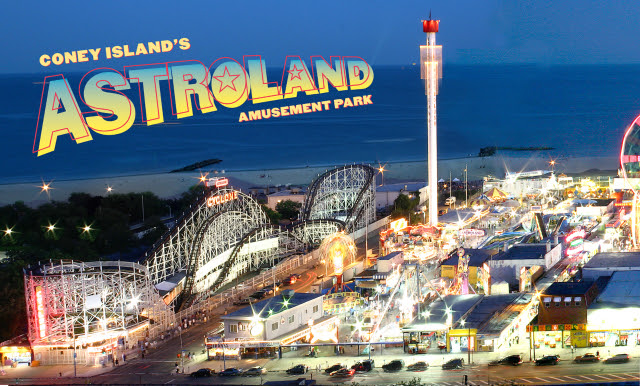 Founded in 2004 by Carol Hill Albert and Jerome Albert, the Coney Island History Project honors Dewey Albert, the creator of the space age-themed Astroland Park which closed in 2008 to make way for Luna Park. For the anniversary event, the museum will exhibit historic artifacts, banners, signs, and photographs documenting some of Astroland’s unique attractions including the Astro Tower, Diving Bells, Rocket and SkyRide.

Starting on Friday, August 31 through Saturday, September 29, all are invited to enter the Coney Island History Project’s Astroland Remembered Photo Contest on the museum’s  Facebook page. Entrants can submit snapshots taken between 1962 to 2008, of themselves, family members, and friends having fun at Astroland.

Originally built as the “Star Flyer,” the Astroland Rocket was the park’s first ride when it debuted in 1962. In 2014, the History Project and the owners of Deno’s Wonder Wheel Park brought the iconic Astroland Rocket back to Coney Island to a new home near the Wonder Wheel. Admission to the Rocket and the movie screening is free.

Congressman Jeffries Weighs in on Gentrification, Affordable Housing in State of District Speech

Congressman Jeffries Weighs in on Gentrification, Affordable Housing in State of District Speech